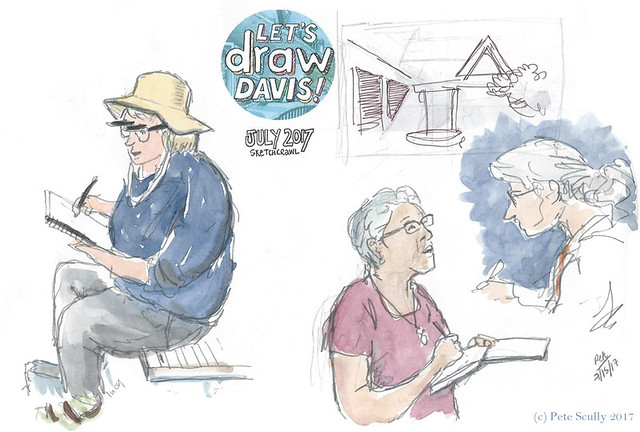 Just interrupting my Italy posts to bring you some sketches from our recent Let’s Draw Davis sketchcrawl, held on a very hot July morning a week or so ago. Let’s Draw Davis is now monthly again, and now the organization is shared between myself and two fellow local sketchers, Alison Kent and Ann Filmer. This month it was my turn, so I organized a crawl that would explore the courtyards and alleys of downtown, starting in Orange Court and ending up on the patio behind the Pence Gallery. We had around seventeen sketchers in total joining us, and despite the heat a lot of nice sketching was done! I started off by drawing people in pencil and paint. 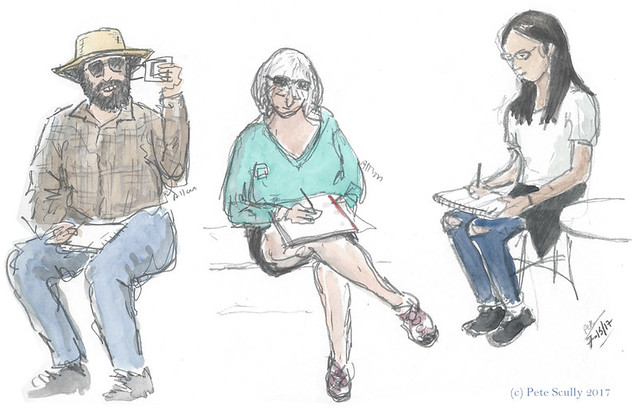 I then moved up to the walkway overlooking Orange Court, trying to squeeze into whatever shade I could find, and drew the aerial perspective. It was a bit tricky with the sun burning down but I was determined. After this, I had a chicken hotdog at the Hotdogger. 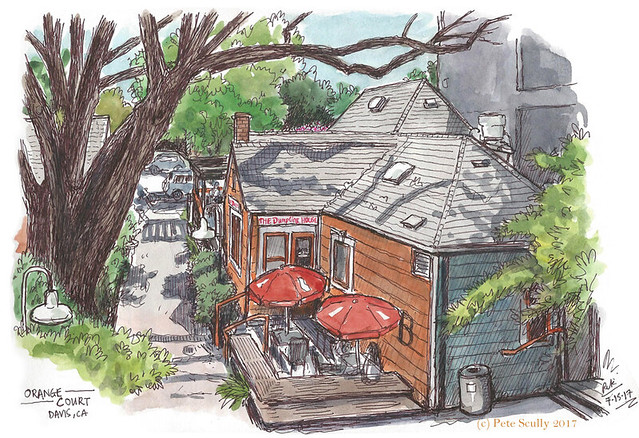 Then I walked through the little side-streets between D and E Streets, which have a few colourful shops and cafes, and I drew two more of my fellow sketchers (there is Marlene Lee on the right, she had a few drawings featured in my last book), sat outside a new art gallery/shop called Couleurs Vives, which deserves a bigger more colourful sketch some time. After that, the remaining sketchers met up and did a show-and-tell with each other’s sketchbooks, which is always my favourite part, seeing how others interpret the same scenes. 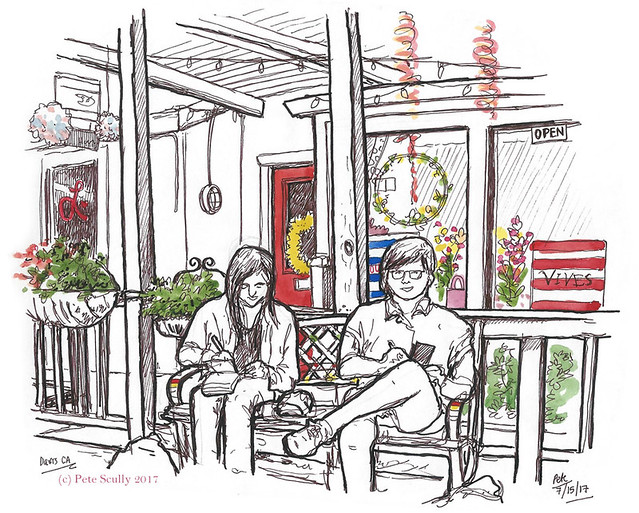 The next Let’s Draw Davis sketchcrawl meeting will be on Wednesday August 16th at the Davis Farmer’s Market “Picnic in the Park”; check out the event posting on the Let’s Draw Davis Facebook page!