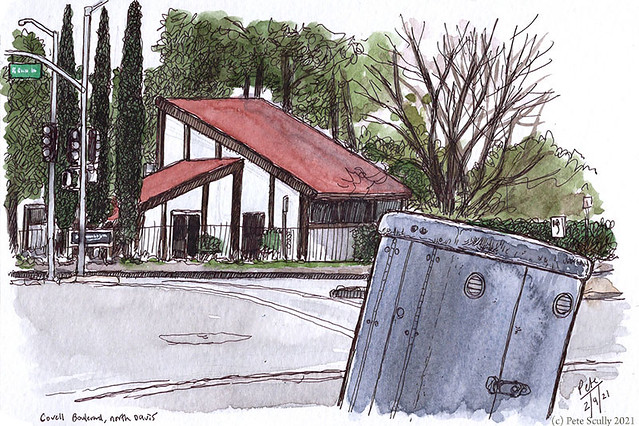 Here’s a quick sketch I did on a lunchtime from work (in the at-home office) on Covell Boulevard, north Davis. It’s Calvary Chapel on the corner of Oak Street, and I have drawn this building before, quite a long time ago now, back in 2012 when I first moved to north Davis (after six and a half years in south Davis). Back then, there was a funny looking periscope thing on the roof, one of those architectural details that bring light down into the building. That has gone now. Not gone entirely though, it’s been moved next to the building (on the other side of this, unseen; I should go and draw it really). The 2012 sketch is below. As you can see it’s a different colour now. Those trees behind the building didn’t just sprout up in that time, at least I don’t think they did, I probably just left them out. Not the Cypress trees in front, they were there. Of course what you are probably wondering about is the foreground object, a wonky electrical box on my side of Covell. It really was quite wonky, not much exaggeration there. It looks like a drunken robot, on the walk of shame in the early morning when the sun’s coming up. Come on, we’ve all been there. It looks like it’s just stumbled off the night bus having gone halfway across London in the wrong direction because it missed its stop. Several times. Like, London is massive and the night buses at Trafalgar Square when it’s freezing cold, sometimes you jsut jump on the first one that looks about right, just to get warm, and suddenly you’re in like Enfield or Chingford. Yeah I know this is really specific now, but we’ve all been there, we’ve all done it. One time it was like Queens Park or Harlesden, or somewhere pretty scary looking at 3am and you just jump on the next bus outta there, wherever it was going, and back to sleep. The 90s was an age of exploration, and sleep. 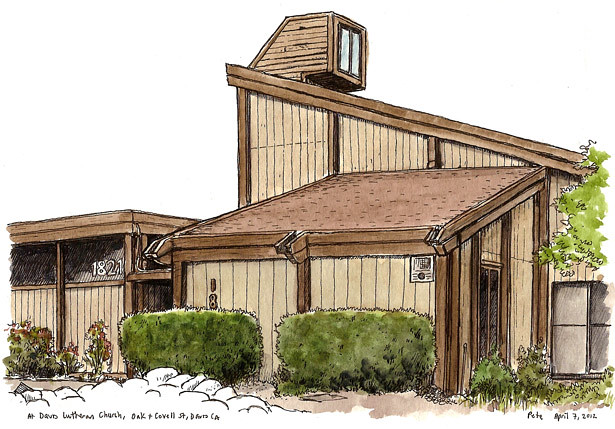 2 thoughts on “C-3PO has let himself go”