Been a little while since I wrote a post, though I have been drawing. It’s March again now, so we’ve come a year since last March. I suppose we always do, except last March hasn’t ended yet. That’s what we all say. So on this one day last month, the day before my birthday, I was downtown with the family getting new football boots for my son, and I decided to stay down there and draw a panorama. This is the corner of 3rd and E Streets, and I stood off to the side out of the way, six feet from any passer-by, and drew as much as I could. I finished it off later. I’m quite pleased with it. Click on it to see it in close-up. I last drew the house on that corner about a decade ago, when I had that show at the Pence. There it is below. It’s one of the cutest houses in downtown Davis. I draw 3rd Street quite a bit. 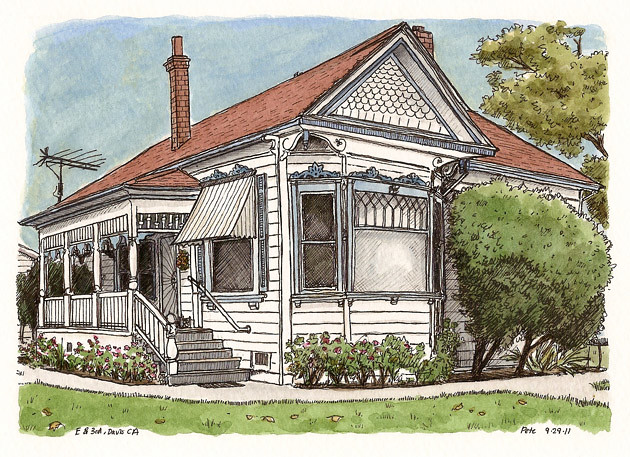