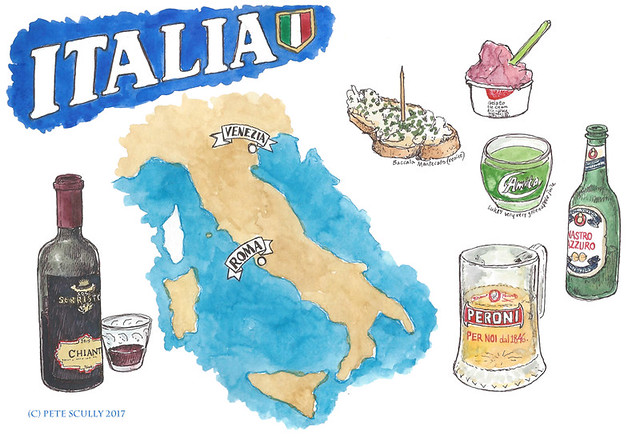 Recently my family and I took a trip to Italy, spending six days in Rome and Venice. All my life I had wanted to go to Rome. I was starting to get worried that it would never be. So this year I decided that, somehow, I had to make it happen. Living on the Pacific coast of America makes it a little harder than when I lived in London, but I’d been teaching my son about the Romans and Italian football and watching the Rick Steves travel shows on YouTube (as well as old episodes of Gazzetta Football Italia). We had to go to Italy. I wanted to go everywhere – I’d love to see the South, and Sicily, but also Florence and Tuscany, and the Ligurian coast, and the Lake Country (so I could see where Attack of the Clones was filmed), and Milan to see the Cathedral and the San Siro, and Bologna and the smaller cities of the Po Valley, and of course Venice, one of my favourite places, which I had been to three times before, the last time being when my wife and I got engaged, fourteen years ago. Unfortunately I didn’t have a month and a half to fit all of this in, so we settled for three nights in Rome, and two in Venice, sandwiched into a trip back home to the family in London. I did a lot of sketching, and will post those here with a bit of travel story mixed in. I started a new sketchbook to take to Italy, a Stillman & Birn ‘Alpha’ book, and the first page of that is above – I drew the map of where we were going, and along the way I drew some of the things I drank or ate. I also collected many of the receipts and restaurant cards and what not along the way with the intention of sticking them into my sketchbook, but that always gives the books a couple of overly heavy pages, so I went the more fun route and drew them on the page instead. Haven’t done that in ages, it feels good. 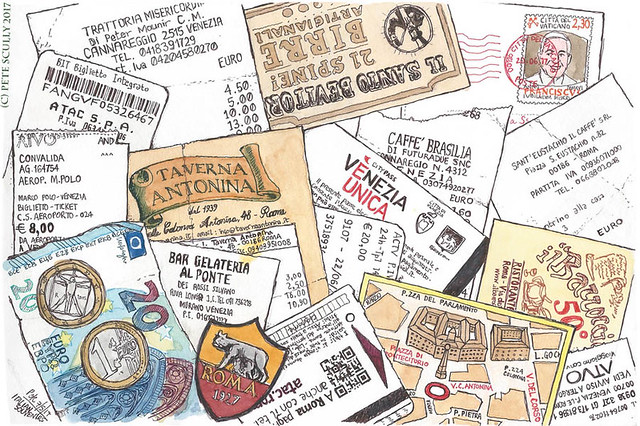 So do join me in the upcoming posts for a gelato or ten, and let’s wander through Roman piazzas and Venetian canals. Andiamo! 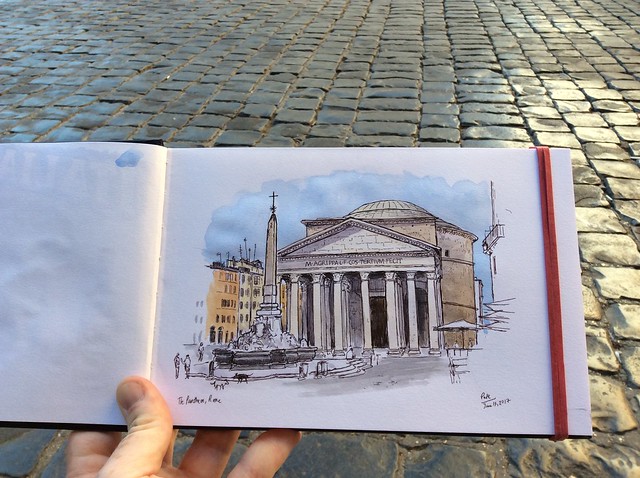