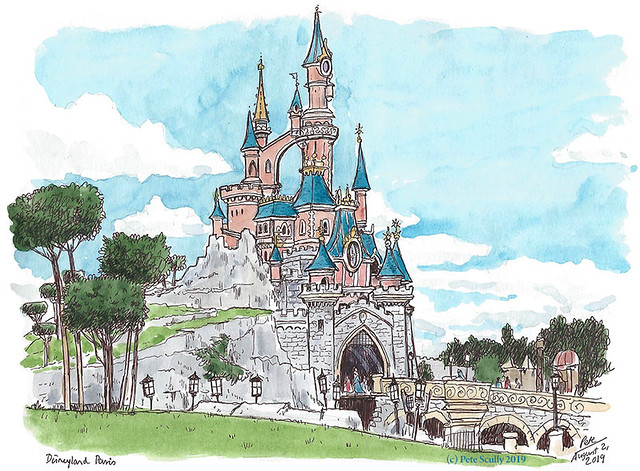 And so after so many places in Belgium and Holland we returned to France, and to our first visit to Disneyland Paris. We stayed at the Disneyland Hotel for that walk-right-into-the-park experience, and we were not disappointed. My wife is a huge Disney parks fan but has only been to the original (like a million times) so this was a novel experience. I have to say I really liked it, it wasn’t as crowded, the sidewalks seemed to be wider, the two arcades behind Main Street were nice and accessible and I really liked the Castle. I had to sketch it. Everything was a bit different from California, Space Mountain for example (which is still Hyperspace Mountain) repeated Star Wars phrases in French (naturally) and had an outside starting point, while Thunder Mountain Railroad was definitely longer and faster, and was located on an island that the ride went under a tunnel to get to. I also really liked Pirates of the Caribbean (“les morts ne raccontent pas d’histoires!”), probably more than the Californian one. The maze of caves near the pirate ship too was so much fun to run around. And of course, serving champagne on Main Street during fireworks (though I didn’t indulge). So yes, we liked it. 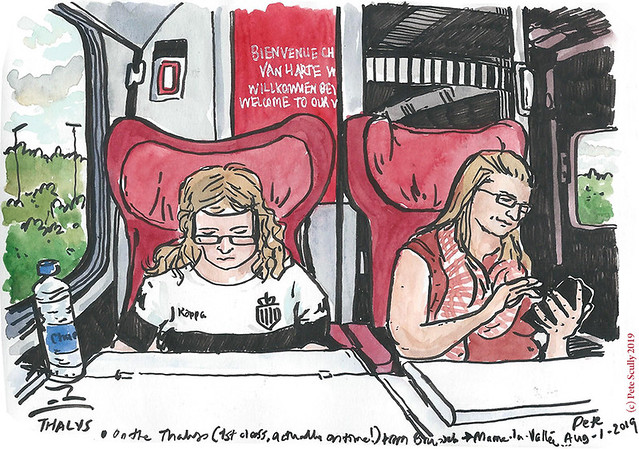 Our Thalys train from Brussels to Marne-La-Vallee was, amazingly, on time. I was sketching with the brush pen here, my son wearing his new Charleroi shirt. We spent some of our time on the train playing MarioKart on the Switch (I lost). When we got into Disneyland we had dinner at ‘King Ludwig’s Castle’, a lavishly decorated Bavarian themed restaurant, and we had hearty Bavarian fare (on our first night in France). 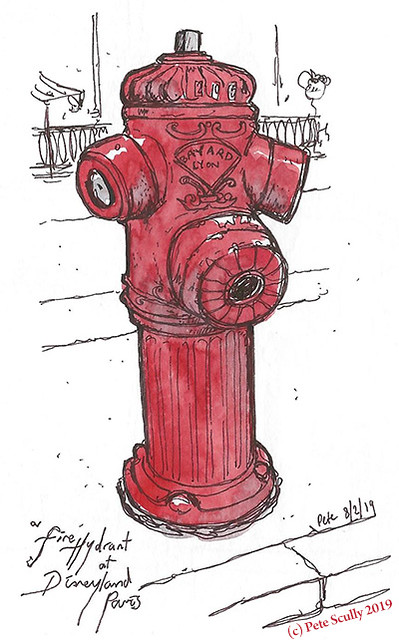 On the other side of the main park, in the place where California Adventure would be, is a second park called Parc Walt Disney Studios. I liked it there, although there was not as much going on, except the incredible Ratatouille ride. That one we enjoyed. In that whole area there were a number of mobile food carts, one from each culinary area of France (crepes from Bretagne, tarte flambee from Alsace, cider from Normandy etc), and then around the corner there were more, but from different European countries (we had some nice sangria and tapas from Spain, while my son went back to enjoying his favourite Belgian waffles). 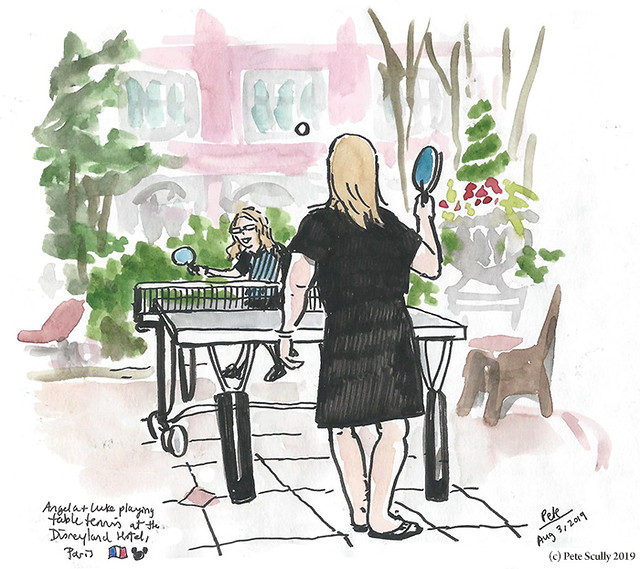 The hotel was incredible. I enjoyed spending time in the pool, and they even gave my son a ball so he could have a kickaround on the grass (that made his trip). Above, I sketched my family playing ping-pong. Below, I tried one more fancy drink this time in the music-themed Cafe Fantasia. It was called the African Dream, made with rum, papaya, St Germain liqueur, lychee puree and bissap, I don’t know, I’ve heard of rum. It was tasty (and expensive), I got it because it looked like a vacation. 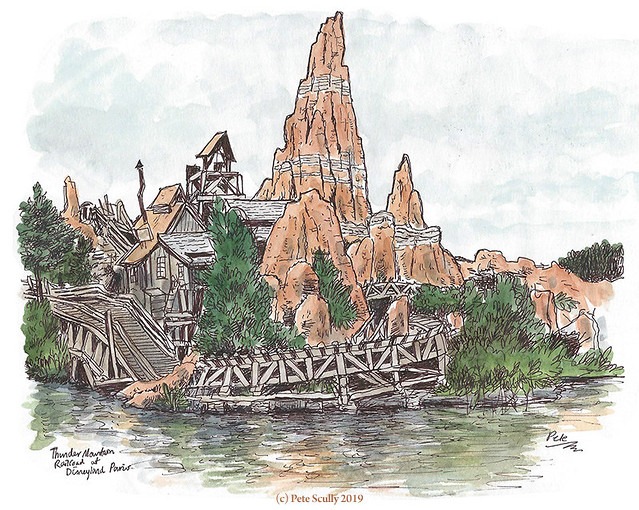 Above: Thunder Mountain Railroad, on an island in the middle of a lake. I drew this while tired legs were resting, colouring in later. 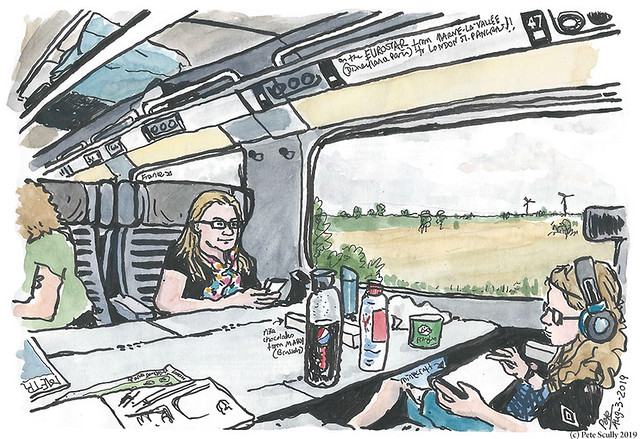 <
And finally, one more train journey, this time the Eurostar from Marne La Vallee to London, going back to the UK to see the family, go to a Spurs game at the new stadium, and hopefully unwind after a very busy trip.