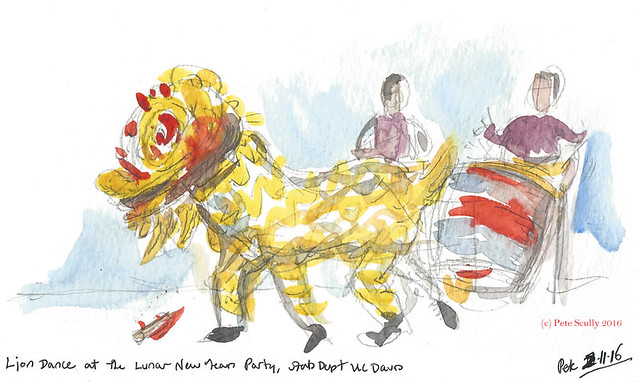 Last month our department held its annual Lunar New Year party. We have a lot of Asian students, predominantly from China, and so this has been a popular event each year. This time around I brought my sketchbook. Above is a very quick sketch of a “lion dance” by the Golden Turtle Lion Dance Association. This was set to music and was a really fun performance, though I had to be quick to capture it at all! The person at the rear of the lion is one of our co-employees Michael, and it was a great show. 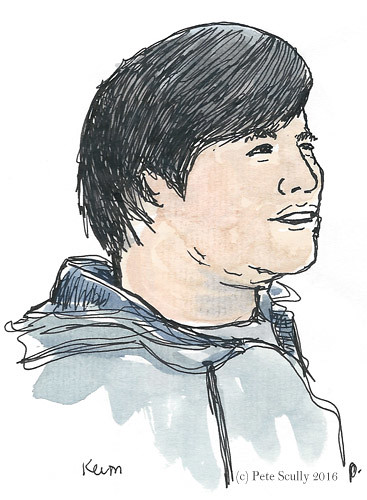 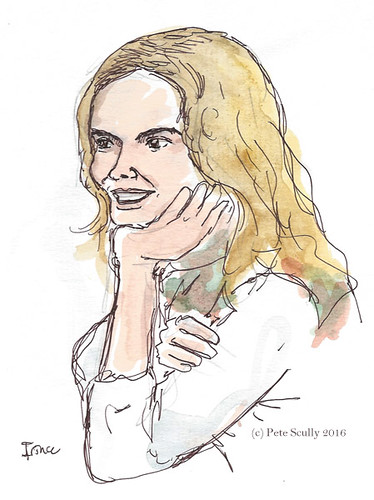 Here are a couple of people I’ve known for years now, Kevin (one of our PhD students) and Irina (formerly one of our PhD students, now an alumna who teaches on campus). I am practicing my five-minute people sketches , so did a lot of that on this day, mostly in my little Fabriano sketchbook. Below, a group of students eating (actually they muts have already eaten because those plates look empty). This was a single-line sketch, no taking the pen off the paper, drawn in the Moleskine. 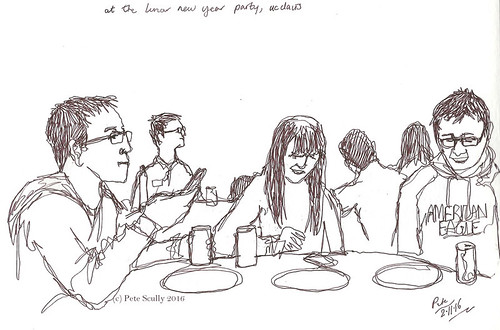 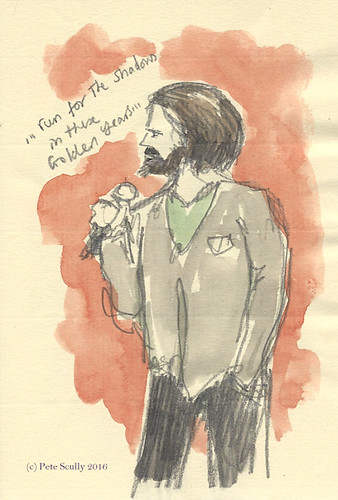 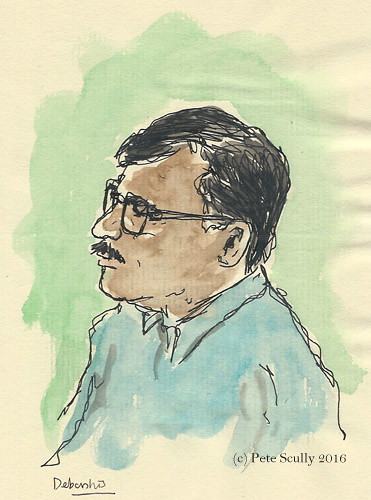 There was even karaoke. Above, one of our faculty, Professor Sharpnack, singing the Bowie song Golden Years; Professor Paul looks on. And yes I did in the end sing a song on the karaoke, after most people had already gone of course. And it was Bowie, and I did that thing where, have I ever mentioned this before? You take any song, any song at all, and replace the words of that song with the words from Yellow Submarine. And it works! So I proved it with ‘Modern Love’. “In the town where I was born, lived a man who sailed to sea, and he told us of his life, in the land of submarines…” You see? Totally works. I overheard one lady say, when it was announced I’d be singing Modern Love, “Ooh that’s my favourite song!” Ok, I thought, this version won’t be. Now I did something I’ve never done before, I sketched while singing on karaoke. Not particularly well, but I was multitasking and singing Yellow Submarine to the tune of Modern Love while someone else held the microphone up to my mouth. Now at last I can finally say that in my life, if I’ve done anything, I have at least done that. I haven’t scanned the result. I’m not showing all the sketches I did that day, they didn’t all turn out great…

I hope you all had an enjoyable new lunar year, and have a most excellent year of the monkey.

8 thoughts on “quick sketches from the lunar new year”