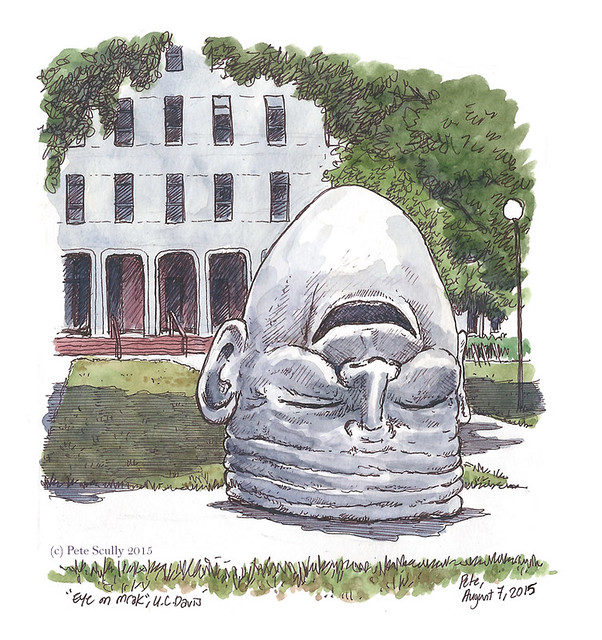 I haven’t sketched this thing in ages, but I actually sketched it for the first time almost ten years ago. This is “Eye on Mrak”, one of Robert Arneson’s well-known Eggheads, sculptures that live on the UC Davis campus. Friday lunchtime I decided I needed to sketch it again. This made me hungry for boiled egg. 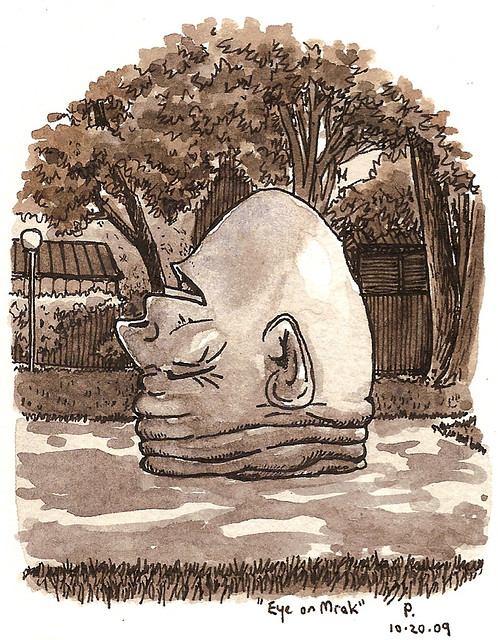 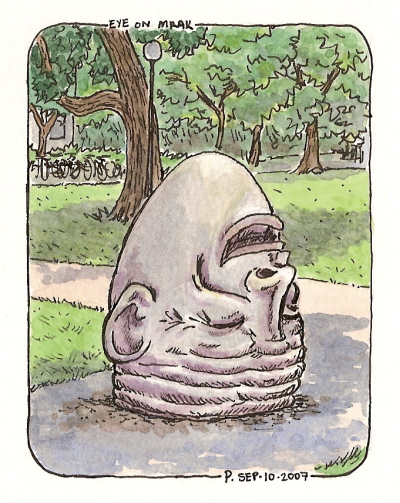 After a summer of boring friendlies, fun Fifa arrests and a pretty exciting Women’s World Cup, the Premier League is finally back this weekend and the football machine cranks into full gear. My team, Tottenham Hotspur, the Mighty Spurs (so called because we Might Be Good This Year, but we Might Not), play the Van Gaal led Manchester United in what is another dawn raid, as the kick-off is at 4:45am my time. That’s too early for me, but at least I can go back to bed afterwards. Anyway, you may recall from the 2014 World Cup I am a little obsessed with football kits (soccer uniforms, as some of you call them, “lol”). I made, if you remember, a definitive guide to all the kits of the World Cup with little illustrations in the old version of MS Paint. It was in three parts, which I’m calling Part 1, Part 2 and Part 3. I really liked doing that, and so I am revisiting the idea with a run-down of the Premier League kits for 2015-16, along with a few bonus Johnny Foreigner kits too. I really want that Sampdoria kit.

I wasn’t sure how to organize them at first. ‘Alphabetical’ seemed too boring, Chronological as to when the kits were released was pointless, and while ‘autobiographical’ seemed like the most ‘no f***ing way’ choice it was ultimately impossible, so I went for ‘placement in last year’s Premier League’. Without much further ado, we will start with the 2015 champions.

And there are last year’s top seven*. Next year’s too probably.  One thing I’m not doing this year is giving a list of predictions. I did that for years, under the direction of a cosmic entity called Mystic Pete (I was Mystic Pete’s representative on this planet, don’t ask, it was a long story). Mystic Pete was often hilariously wrong (Mystic Pete predicted Newcastle would win the league once, the actual league title), so I stopped asking. But if pushed, I’ll say one of the teams in this list will win the league.

Enjoy day one, footy fans, and I’ll be back with more kits soon. Lots more Urban Sketches first, but then some more footy kits.

*Originally this was the top six. But I forgot about Liverpool originally so this is the top seven. Next post there will be the middle seven, then the last six plus maybe one from the lower leagues. Then it’s Johnny Foreigner.