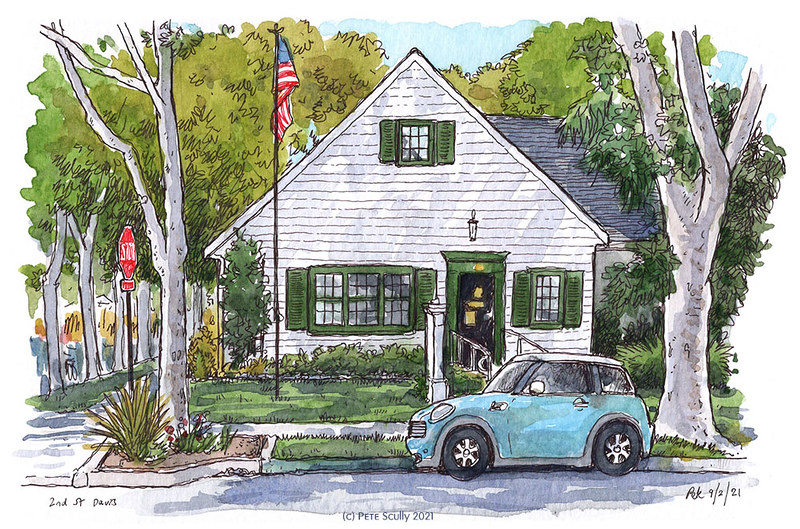 Here’s a building I have drawn before, more than once I think too. It’s an easy one to draw, on 2nd Street on that route back to campus, easy to see without too many trees in front, and a big load of white wood that often gets a nice shadow across it. And it’s triangular. And there’s a flag. And a small car. I think it’s a real estate business. I always wondered why it’s called ‘real’ estate, presumably there are theoretical estate agents as well. “Hello sir, can we interest you in buying some land on Pluto?” Enough of that. This was the second day of September, and September is over half done already. The students have arrived en masse, thousands and thousands of them being toured around campus today, with thousands more being show the downtown on Monday. There are way more cars on the streets than usual, and by next week when classes begin the bikes will be everywhere again. For the first time in a year and a half Davis is filling up with students, as we jump back into in-person teaching, like a real college town again. But on the second day of September, all was still calm.