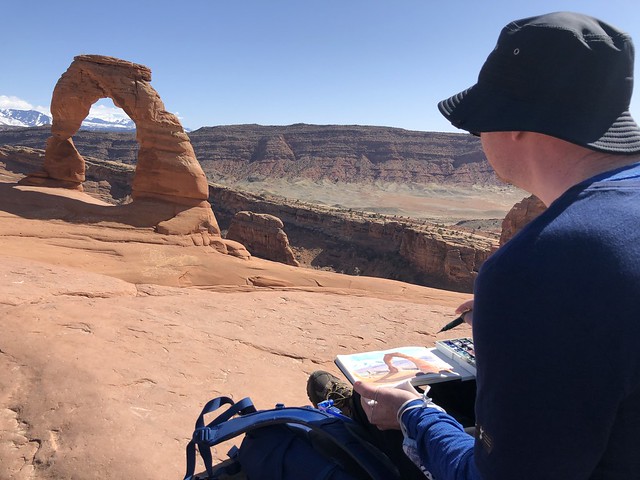 When I was growing up I had this book on my bookshelf called “The Atlas of Natural Wonders”. It was one of those hardback books you get from mail-order book clubs, my dad got a lot of those for a while, so my bedroom bookshelf was always full of interesting things to read before bed. I had two massive books about Mammals; a huge book all about the settling of the western U.S. called “The West” (which I still have); books about Britain’s Haunted Heritage or Strange and Mysterious Things like the Beast of Exmoor and the Cottingley Fairies; books about ancient European legends of Magic and Wizards; two amazing books about old Horror movies which I would devour cover to cover, scaring myself with images of Lon Cheney, skeletons in big hats or hands coming out of an open grave; and I even had this massive dusty and utterly boring book about the Soviet Manned Space Program, though I think that might have been a library book that was never returned (or even read, but was pottering about the house for decades). But best of all was The Atlas of Natural Wonders”. It wasn’t an atlas at all but a book (in no particular order) about forty or fifty of the most stunning places of natural beauty in the world. I don’t know what criteria meant a place did or didn’t make the list, but to me the list was absolutely gospel, these were, as far as my young mind was concerned, The Best Places On The Planet. I resolved as a kid that I would go to every single one. It included places like Mount Everest, the Grand Canyon, Iguaçu Falls, Badlands, the Ürgüp Cones, the Great Barrier Reef and loads of other places. Right there on the cover (and thinking back, it probably wasn’t on the cover, but it imprinted in my mind more than anything else in the book) was the Delicate Arch, in Utah. I knew I wouldn’t make it to every place in the book, but at some point in my life I had to go there.

And now I have! 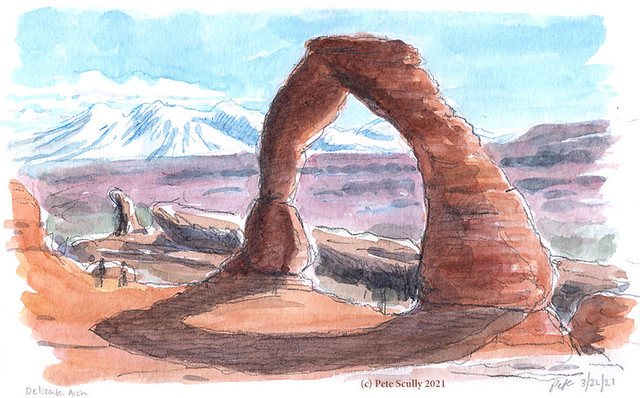 We had to psych ourselves up for the Delicate Arch trail. We watched some videos on YouTube and there is one particular bit where you walk along a ledge next to a big drop that I knew would be a bit of an ask, but we did it. The hike is described in the guidebook as a ‘moderate-strenuous’ 3-mile roundtrip, with a pretty big elevation up some slickrock; while it was more testing than most hikes we’ve ever done, I get the feeling that it’s more of a schlepp on hotter days. We had sunshine but no desert heat, perfect conditions really. We made it up to the scary ledge part, taking that easy, not looking at the big massive drop next to us, hugging the rock face, but we made it alright. I was more concerned it would be massively crowded, and while there were a good number of people up there it wasn’t as bad as it gets for sunset. I climbed up a little bit more for some good views but chickened out while scaling around the rim of the bowl to get a closer view. We were fine where we were, we sat and look, I drew on a little perch out of the way, we took some photos and geared up for the journey back down. There was some brave fool doing handstands on the edge of the cliff inside the arch itself, showing off, while up at our spot we had to wait a while to take a quick family selfie while a classic stereotype mother-from-hell with a massive camera and a compliant grandpa or someone holding up a special light took about a thousand photos of her two twin boys (Tarquin and Timmy they were called, though I didn’t hear their names being said) in their matching outfits. Other groups settled in to stake their spots for the sunset later on, like people waiting for the parade at Disneyland.  It was a stunning view. The colours of the landscape were otherworldly. After we got our selfie and had our fill of the arch, we made our way along the Ledge of Certain Doom and back to safer paths, back down to our car. 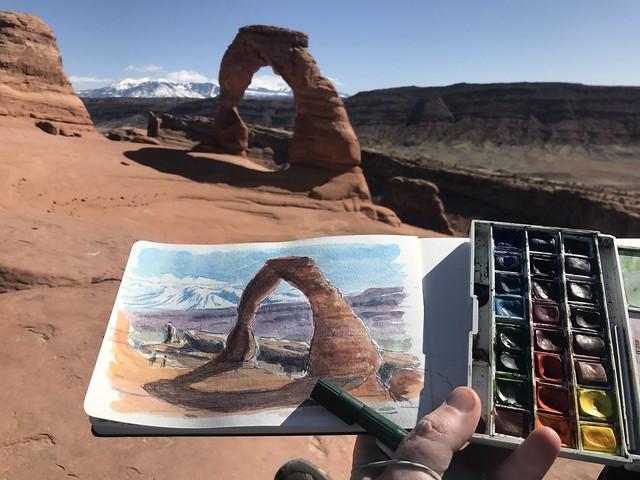 Come to think of it, the chapter about Delicate Arch might have been titled “Rainbow Arch”, which is a different arch at a different park, but this one was definitely pictured. This is my memory reaching back over thirty years. I can’t remember all of the places in “the Atlas of Natural Wonders” any more, but at a push I could probably recall most of them. Those places I have been to already in my lifetime include: The Grand Canyon, the San Andreas Fault, Cheddar Gorge, the Gorge du Verdon, and… dammit, I think that might be it. I need to get a move on.