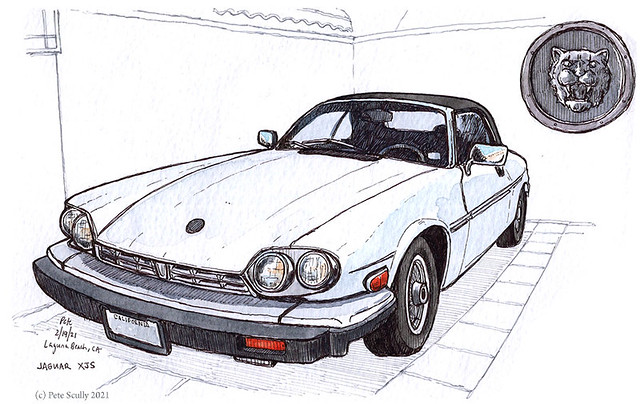 Recently we decided to finally get out of Davis for a bit and took a pre-birthday trip to Southern California, pre-birthday for my wife that is, post-birthday for me. Roughly equidistant between the two. We were headed to San Diego, but on the way there we spent a couple of nights in the lovely seaside city of Laguna Beach. We hadn’t been there since before my son was born, and the very first time we went was back in 2002 on y first trip to the US, and it was perhaps the prettiest place I had ever been. Sunset over the ocean from the cliffs is like something you wouldn’t believe (and something I cannot draw). Lot of rich people live here though, so a lot of flash cars. I personally love to see a Jaguar (there’s a house near us in Davis that has three old Jags outside, one of them, an E-Type, is kept in a special inflated plastic presentation box, I kid you not). Well there was a cool looking Jaguar sports car parked opposite out hotel, an XJS, that I just had to sketch. It was a schoolday when we were there so my son still had to go to remote school, taking his classes on the balcony overlooking the Pacific, with that Jag on view below. I was working too, inside the hotel room on my laptop, eager to get stuff done and get down to the beach in the afternoon sometime. After we took a long walk downtown, I spotted this incredible old Jaguar Mark 4 parked along the Pacific Coast Highway. It looked like something a 1940s gangster might drive. “Meeeah, sheee, wise guy huh?” I said to myself over and over while drawing. People stopped and took selfies with the car. More than one person asked if it was mine, and I laughed hahaha, no, because obviously I don’t look like a 1940s gangster. I did like Bugsy Malone when I was a kid (my big sister used to watch it a lot) but I’m not sure I could pull off the look. I can do the voice though, “Myeeeeaahhh, sheeee?” Because that is how 1940s gangsters all talked, as we know. This was a pretty beautiful vehicle though and had some little metal British logo thingies below the grille, ‘RAC’, ‘AA’, ‘BARC’ and a special one for the Queen’s Coronation in 1953. But the car’s steering wheel is on the left so this is definitely a car for the US. What a beauty, not something you sheee too often. 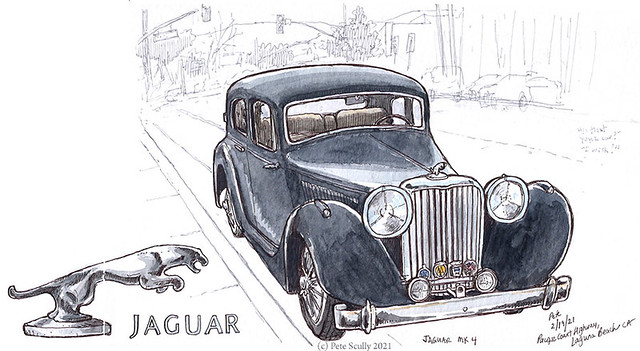 Now this is part of the very long Pacific Coast Highway that stretches all along the west side of America. I like the quirky looking architecture along this road in Laguna Beach, so I had to stop and draw some. Click on the image to embiggen it for a closer view. I have to say this road was very noisy. Cars zooming up and down, it felt like a bit of an adventure when we drove downtown to pick up our dinner later that evening. I think I listened to a podcast rather than to the sounds of the city, but I can’t remember what it was I listened to now, probably something to do with Formula 1, which would have been quieter than this road. I do really like Laguna Beach though (despite the fact it sounds like the word ‘Gooner’ and we can’t talk about that since Arsenal beat Spurs this weekend, grrr), and here is the sunset from our balcony. I’m not quick enough to paint sunsets like this, so I just looked out and enjoyed it. 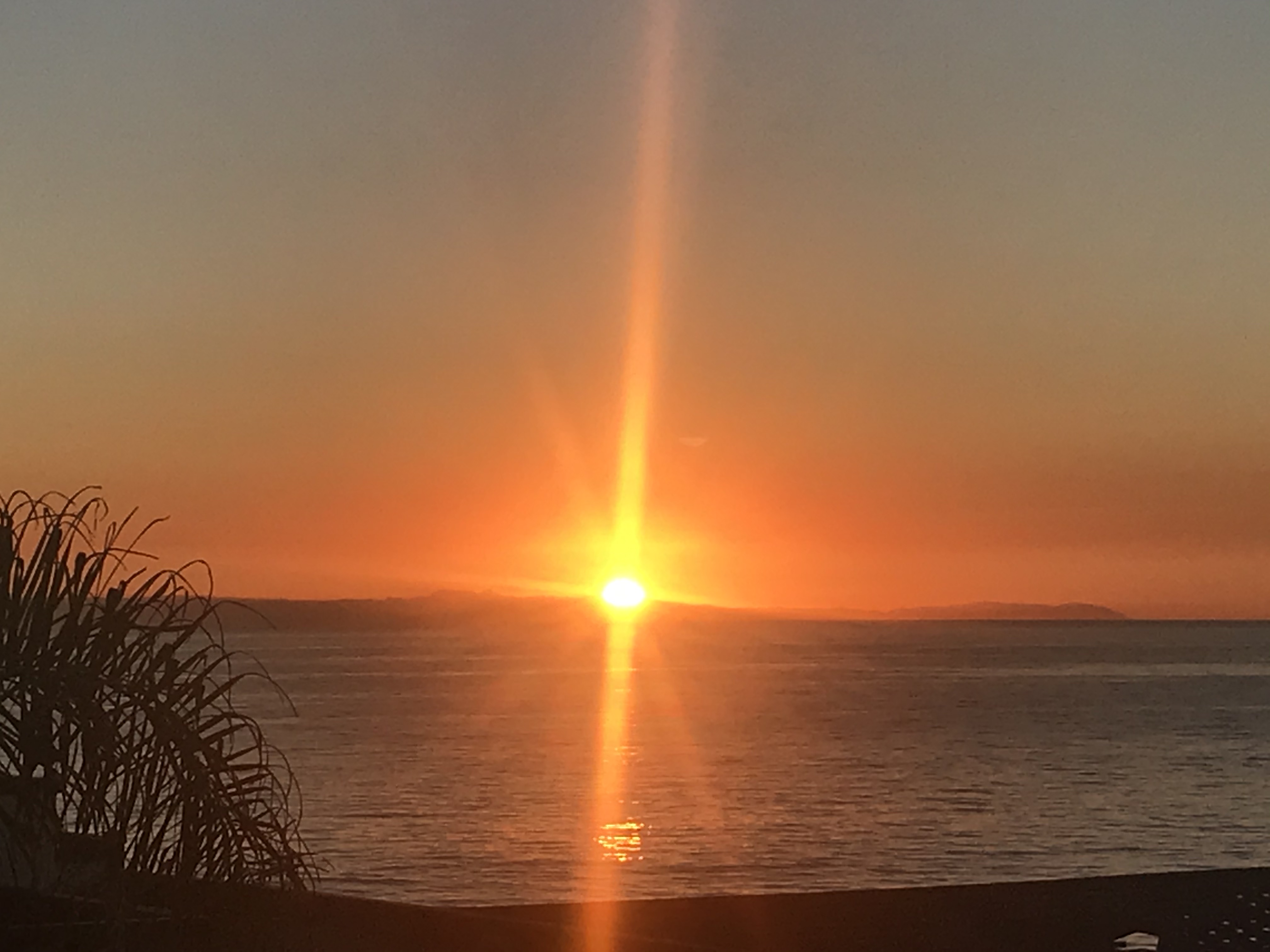 One thought on “two jags in laguna beach”