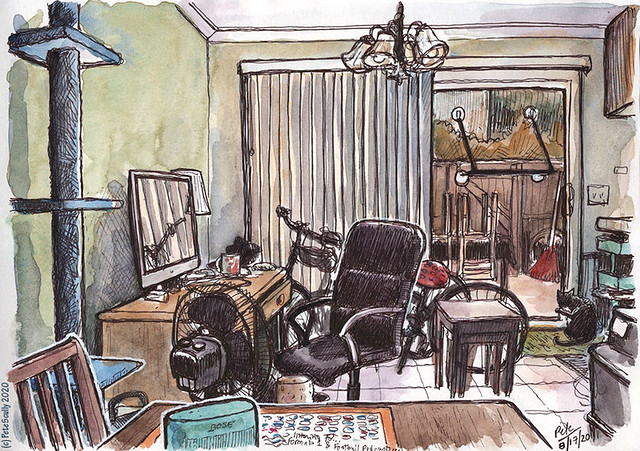 We’ve been having a heatwave in northern California over the past week or so, with temperatures hitting up to 108 degrees at the weekend. And then came some storms, at first bringing some drops summer rain, but mostly they brought hot winds and dry lightning strikes. Lots of them – one night was constant rumbling, low rumbling mostly, with flashes echoing in the sky. It kept me awake, fascinated by the electrical storm but nervous about what it might bring to this big dry state. Fires did break out as we could see from the thin layer of smoke in the sky next day, giving everything a dirty orange hue, so I drew from the dining room table before dinner (above). This is where my desk is now, I’ve moved back down from upstairs, much to the annoyance of my cat who has gotten used to sleeping the afternoons in my desk chair. I am not sure I like being closer to the kitchen again, closer to the snacks, but I was crammed into a small space in the bedroom for quite a while and needed a change. I’ll go back up again at some point, if I get bored. I coloured this in using some new fancy Daniel Smith paints, which I’m not really used to yet. 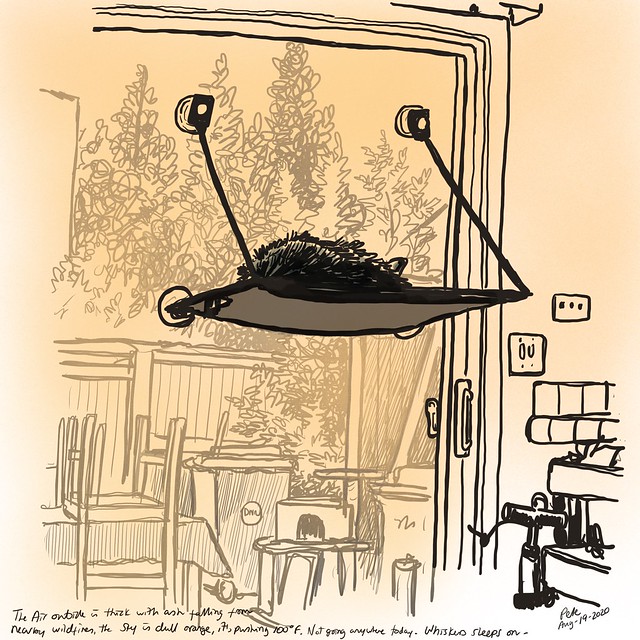 Wednesday morning I went outside to cycle to the office, and while there were blue skies, the air smelled dense with smoke. Ash was falling everywhere like snowflakes, and the sky away to the west was filled with billows of dull grey. This was the LNU Lightning Complex fore, which is around Napa/Vacaville and now beyond, a terrible and huge fire that even jumped across Interstate 80 cutting off the freeway. Evacuation zone has gone up as far as Winters, next town over, which is a lot closer than any other fire yet. I didn’t cycle any further than the next block, I went straight back home, and stayed inside. Ash has been falling ever since, and the house is generally filled with that orange/ochre light, turning red as the sun sets. Above is a sketch I did of one of the cats, Whiskers I think, on his high perch by the back door, while the dirty air outside casts an alien glow. This was done on the iPad. Cat don’t care, he sleep. Below, this was a quick sketch of the sun in the sky outside our window, looking like a sore red boil. We’ve had lots of wildfires in California the past few years, and fire season is long and scary, and our skies have been blanketed in unhealthy and hazardous smoke, especially a couple of years ago. But this is the closest we’ve had a big fire that I can remember since I’ve lived in Davis. We packed some bags in case the evacuation zone increased, not a bad idea, though given our location it’s pretty unlikely. Lots of people have lost their homes, and some historic state parks have been seriously damaged by the fires. And more dry lightning is expected over the weekend. The firefighters do an amazing job, they are real heroes, I just hope it doesn’t get even worse. 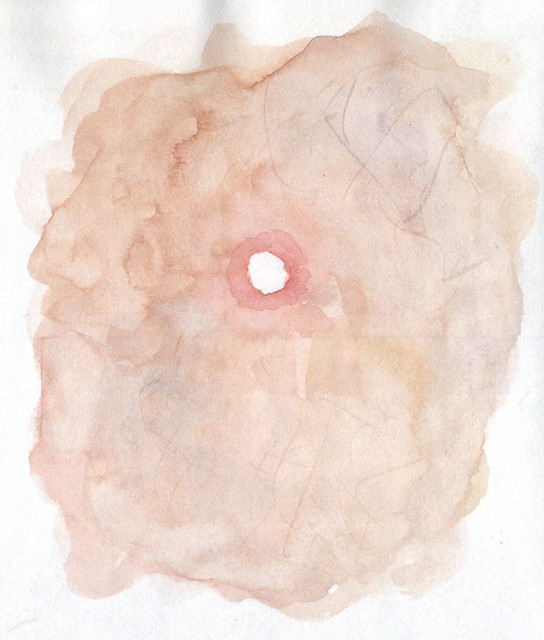 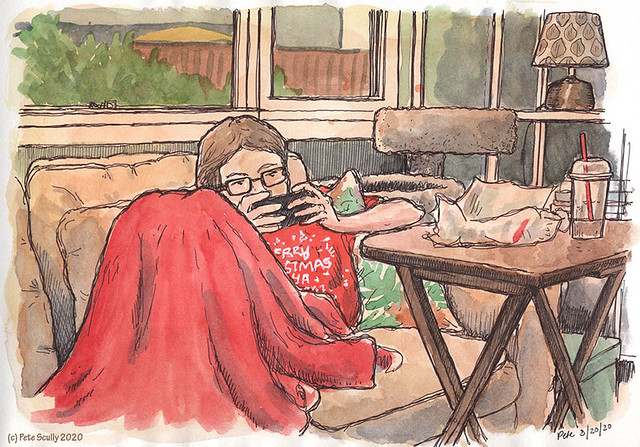 Yesterday afternoon, clocking off a little early after the smoky air gave me a headache, I sat on the couch watching Agents of SHIELD until dinnertime, my son played on his device, so I sketched him, that awful sky washing in. Step outside and it’s choking, like being in a north London pub in the 90s, I feel like putting the Charlatans on the jukebox and buying a pint for under two quid, then getting some cheap fried chicken and falling asleep on the night bus. My throat is dry, and the ash keeps floating around outside. So when my Apple Watch scolds me for not having my exercise ring further along than usual, I’m like, not now, Apple Watch, not now. There’s a global pandemic on, and it’s election season, and now the world’s literally on fire.

4 thoughts on “washed by a dirty orange sky”