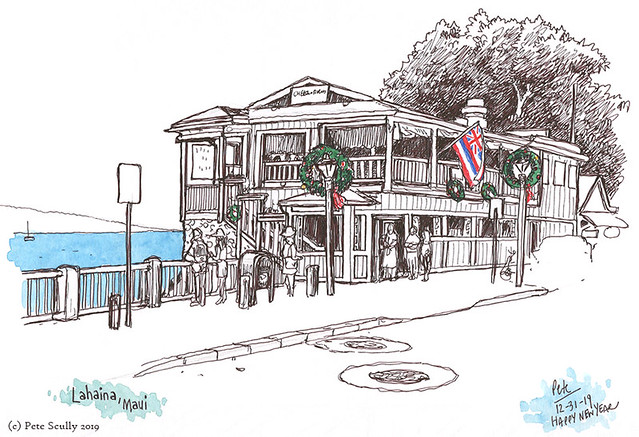 And juts to bring us up to speed, here are the rest of my Maui sketches. This one above was done in the historic town of Lahaina, on the northwest edge of Maui. Maui seems like two different islands joined at the hip. There were some interesting old buildings here, and we stopped into Duke’s for a Lava Pie because Lava Pie is most delicious. In the Lahaina Banyan Court square there was this enormous old tree, I couldn’t not at least try to draw it. It is the oldest living tree in Maui, and the largest Banyan tree in Hawaii (and in my opinion, the world). It was there sprawling all over the place like a big sprawly thing, providing loads of lovely shade for all the little chickens running around it. 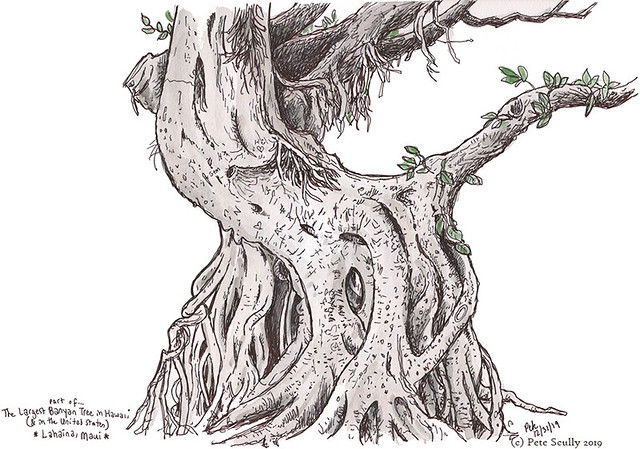 So New Year’s Eve was pretty great, we were on the beach watching a massive fireworks display shot from a flotilla ships just off the coast. It was as if the sky was celebrating a fantastic new year that was going to be brilliant from start to finish, the best ever year ever, or something. Twenty Twenty! Two thousand and actual twenty!

Well it started well, on Maui. So, our hotel – the Grand Wailea – was amazing. The statue below was in it. The beach was amazing, especially the sunsets. 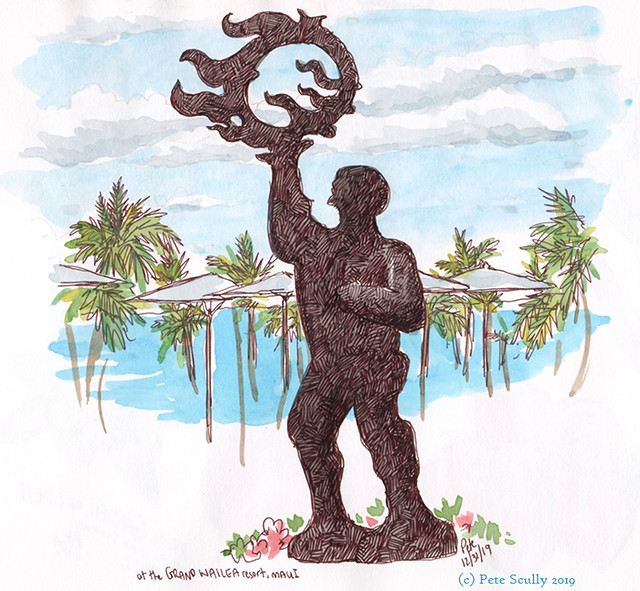 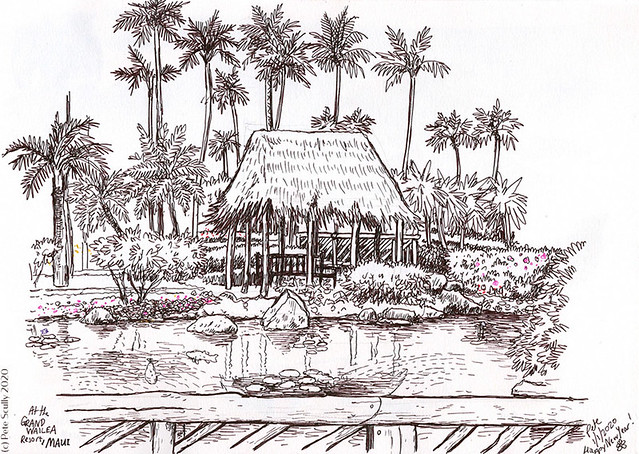 On New Year’s Day 2020 we got up, went into the ocean and looked forward to an unforgettable year. This was the first sketch I did in the year, of the gardens in the resort. It was very peaceful. That evening we went to a luau, a traditional music and food celebration. I enjoyed drinking the Blue Hawaii and Mai Tais. 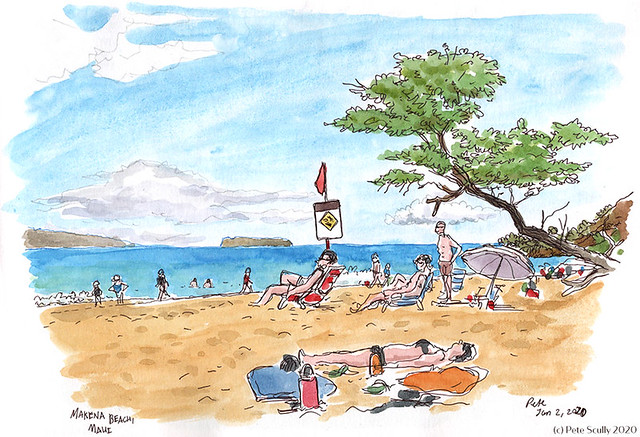 Next day we drove down to another beach a little further south, Makena Beach. Another stunning place looking out to the small volcanic crater island of Molokini and the sparsely populated and hard to pronounce Kaho’olawe, which is the smallest of the eight main islands of Hawaii. 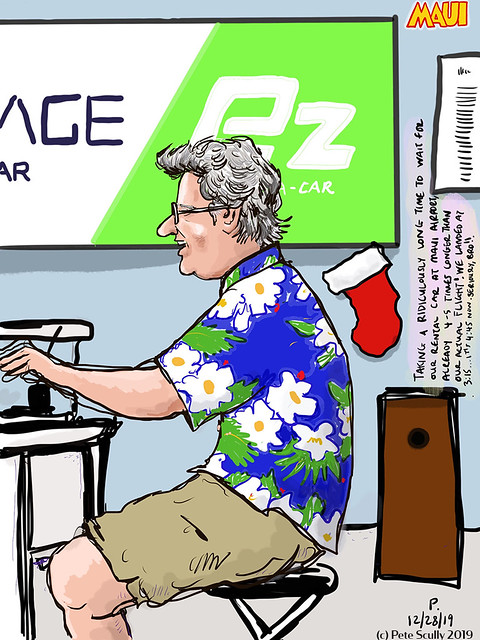 So, this was all I sketched. Apart from a couple I drew on my iPad when we landed on Maui. We spent about an hour and a half sitting in the car hire place where the line went extremely slowly. Really ridiculously slowly. Like, don’t bother renting from them again slowly. Still, I had time to draw this guy wearing a shirt covered in pictures of what I think were fried eggs and bits of spinach. 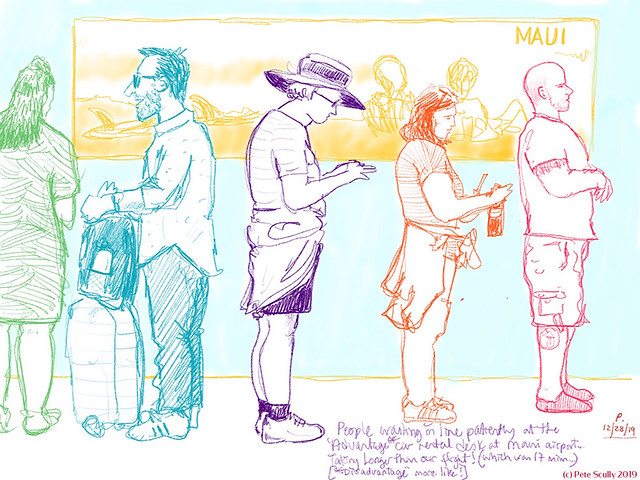 I know this isn’t much of a travelogue i should probably have had lots of interesting anecdotes and maybe even reviewed the Ululani shave ice (it was ok, I preferred Tobi’s), but we were on vacation, dudes, so all you get are these sketches and this one last photo. It was at the luau, where they were cooking a pig in a traditional way, and then taking the cooked pig out and showing it to everyone before carving it up and eating it (I don’t eat pork but I enjoyed the ceremonious occasion; poor piggy though). One of the best things I ate in Maui though was actually a vegan Beyond Burger from the Bistro Molokini restaurant.