Last week was the Davis World Cup, an annual youth soccer tournament organized by AYSO. This year, we were on the organizing committee (I did the website and designed the logo, my wife handled all the t-shirts and medals and pins and everything). I was really happy with this year’s logo (above) and a lot of people really liked it, we got many nice compliments. It was pretty cool seeing loads of people going around with this on their shirts. My son was also playing in the tournament this year, for the Davis Dawgs, 12U-Boys. Each team is assigned a FIFA country in the Davis World Cup – we were the Cayman Islands. I didn’t coach this year, so I was on the parents side, and while I didn’t sketch that much I did capture one of the games below. This was our second game – we had lost the first one to Antelope (7-2), and unfortunately lost this one as well, to Mountain View Tornadoes, 3-2. Both really good teams. My son did score in each game though, but had to wait until the third game for his hat-trick. 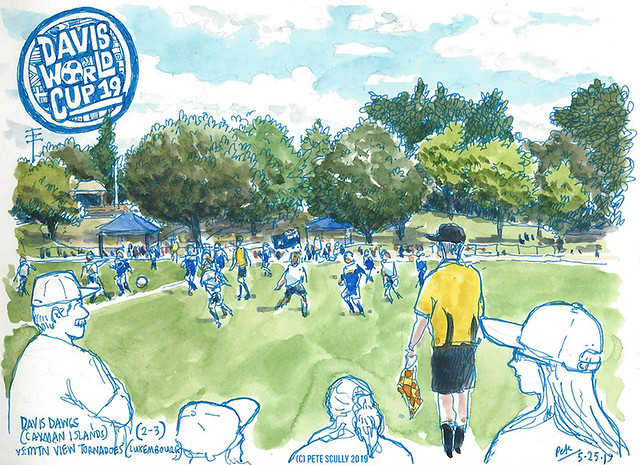 Unfortunately we got knocked out in the eliminations so didn’t make it until Monday. So on Monday morning I walked over to the park (it’s handy the games are only a few steps from my house) and watch Antelope play Winters in an epic quarter final, ultimately won by Winters in a dramatic penalty shoot-out. I sketched the game below. Winters ended up winning the final later that day in an even more dramatic game, against San Mateo, once more in a penalty shoot-out. 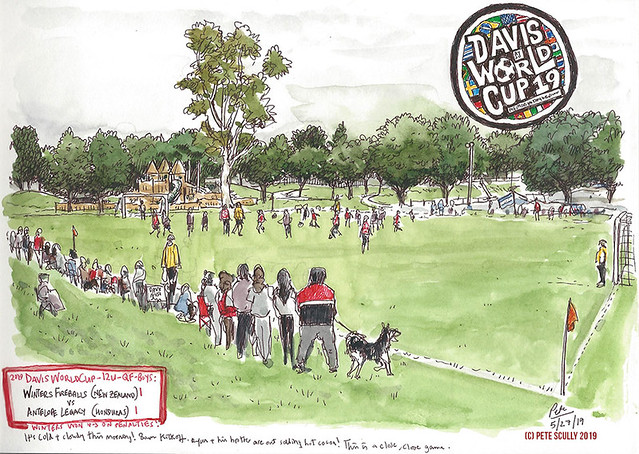 Hundreds of games, many hundreds of players, the Davis World Cup was another success. 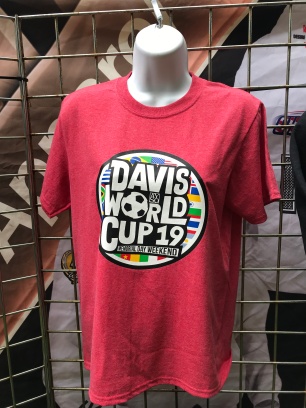