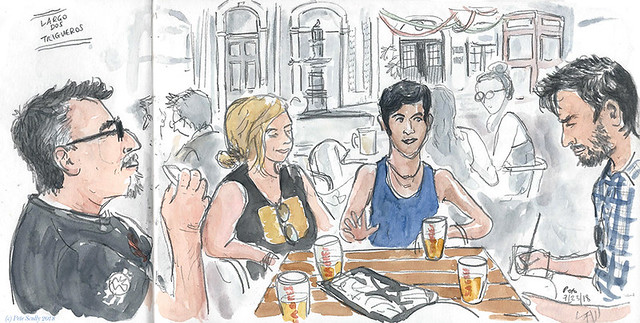 On my final night in Portugal, after a day of easy sketching and peaceful wandering, I met up with Lisbon-based sketchers Pedro Loureiro and Silvio Menendez, along with Genine Carvalehiro and her girlfriend Sara, at Rossio in the heart of town. The locals took us over to a place called Eduardino, (“Ginjinha Sem Rival”) which was a tiny little hole in the wall that serves little plastic glasses of a drink called ‘ginjinha’. Now I think I had seen Rick Steves drink a ginjinha maybe, but I had no idea what it was. It’s a Lisbon specialty, a cherry-based liqueur that people will often have on their way out somewhere, good for the health, and comes in two ways – “with” or “without”. That is, with a cherry or without a cherry. I had it with; it was delicious. I drew the little ginjinha bar below, but not on site, I did this from a photo I took, as we were on our way out to explore another part of central Lisbon. We found a little café in a courtyard overlooking part of the city, and had some beers and cheeses. I sketched my very nice company, we talked about the various symposia we had been to (I had forgotten Genine also went to Lisbon 2011, she was in one of the workshops I took; such a long time ago now!). This was up at Largo dos Trigueras (above). 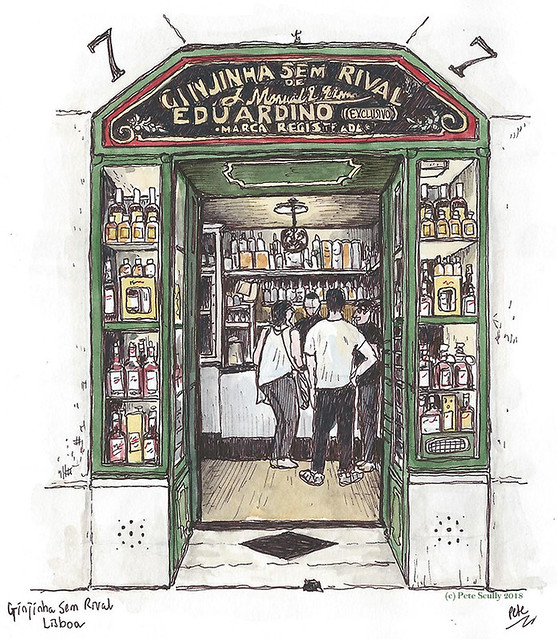 After drinks we went looking for a place for dinner, and bumped into Matt Brehm, who was waiting for Liz Steel and Suhita Shirodkar, so we combined our urban sketching parties and went to a little traditional Lisbon restaurant for food and wine and more fun conversations. I sketched Matt (whose workshop called “the Light of Lisbon” I had taken in 2011 in that very neighbourhood), and also the restaurant owner who served us. We ate until late, talked past and future symposia, about how much Urban Sketchers has grown, about all the new people we’ve all met in that time. I must say, I have been a little bit of a reculse of late, as far as the sketching community goes – I didn’t even tell people I was going to Porto, just in case I couldn’t make it – so it was nice to catch up with old friends from around the world. Now next year, Amsterdam, I do need to promise myself that I will let other people know and actually try to make connections ahead of time; I might go first to Belgium and finally sketch with some of the Belge sketchers I know. Being social can actually be quite a good thing. 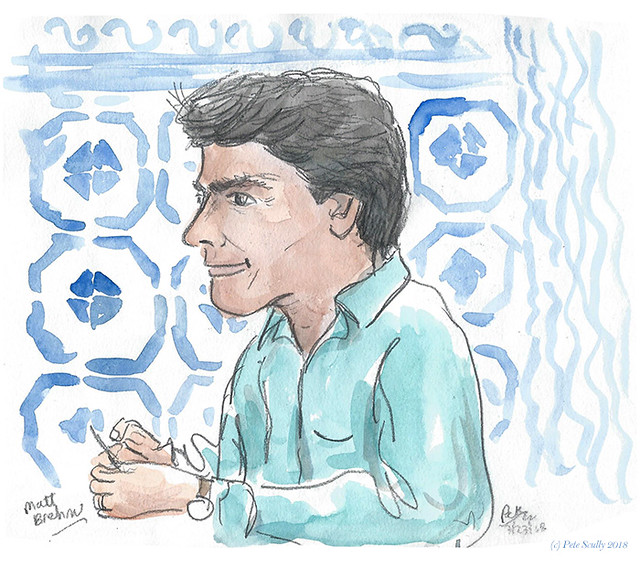 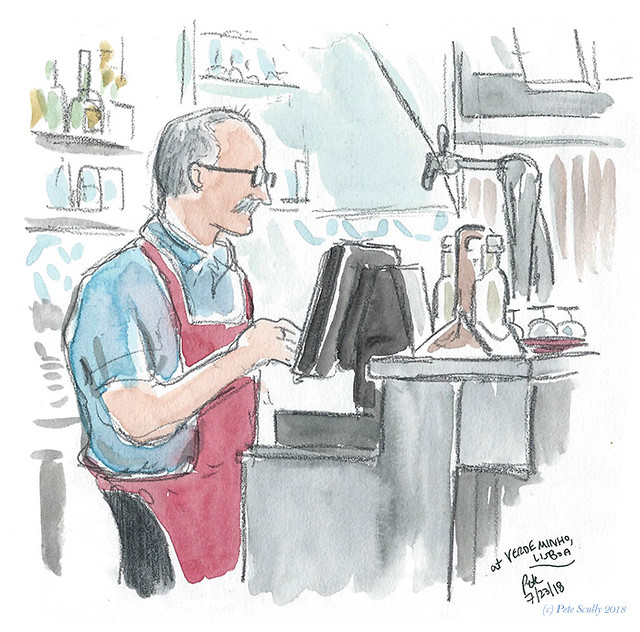 Anyway we all said adeus and then I went back to the hotel, for I had an early start the next day. A cab to the airport, then a plane to Atlanta, and another plane to Sacramento. I sketched a plane at Atlanta airport while I had my layover. It was a long, long, long day, and I was exhausted. Three weeks away, and it takes more than getting over jetlag to recover. My mind itself was still over in Europe for at least a week or two afterwards. I think I just have permanent wanderlust. Until the next time! 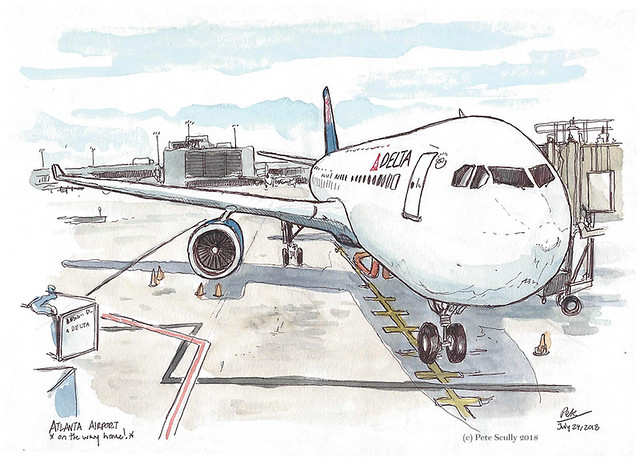