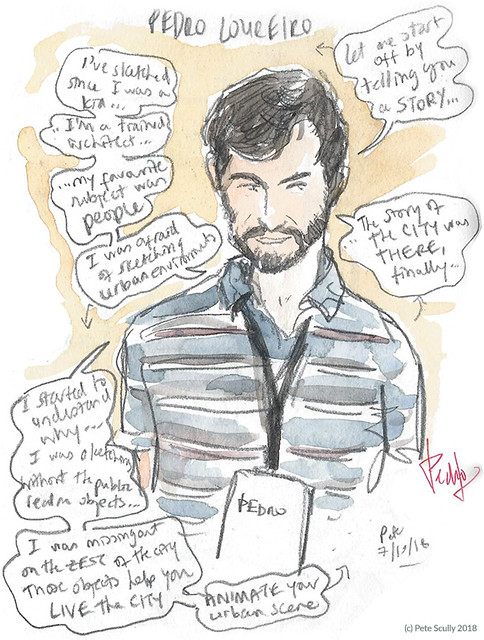 Now we move on to the workshops I took in Porto. I registered for a ‘Basic Pass’, which meant I could take two workshops (the Workshop Pass was for four, while the Sketching Pass was for zero). I do like to just sketch, but at a symposium it’s fun to do at least some workshop stuff, to learn a few things, see sketching from a different angle, and also meet new people. For my schedule, I decided on workshops on Thursday and Saturday morning, leaving all of Friday for just free sketching. On Thursday morning I took a workshop taught by Pedro Loureiro, whom I had met in the Manchester Symposium. There he is above, giving his introduction. 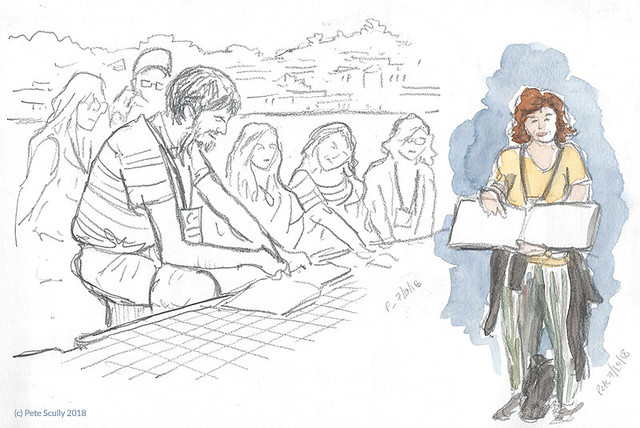 It was called “Public Realm Objects”, and was about focusing on those parts of a scene that are often overlooked – lamp-posts, bins, bollards, street signs; “fire hydrants” I chipped in, “yes thanks Pete, fire hydrants”; things that are typically there as part of the city’s functionality. For the first exercise we had to draw a street scene but leave out absolutely everything except those ‘public realm’ objects. There was an additional point – we had to add a verb to each public realm object, one that might describe its function. In this way, we are starting to think about its purpose. 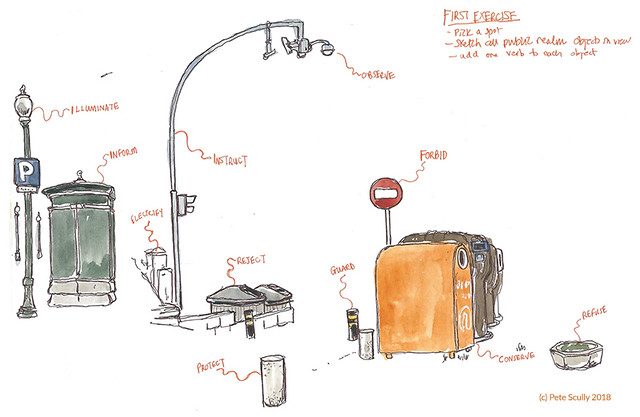 For the next exercise we had to pick one of the objects we drew, and then study it in greater detail. What’s it made of? Are there finer details? Who made it, and when? Why is it there? How big is it? I selected the green metallic object that was slightly up the hill, the one that I had marked ‘inform’ because it had an advertisement on the side. It turns out that it was a toilet, and an out-of-order one at that. A ‘Porto Potty’ if you will (right, I have found a blog post title!). So I studied it, as best I could; see below. While drawing it, some people did come by and try to use it but quickly moved on. One fellow didn’t though. He stood outside patiently, then maybe a little less patiently, then he was banging on the door asking whoever was inside to hurry up. He wasn’t Portuguese, so maybe didn’t know what “Indisponivel” meant. It’s ok, I didn’t even know this was a toilet at first. Anyway after we did this exercise, we had a little show-and-tell gathering where we had to talk about our objects. 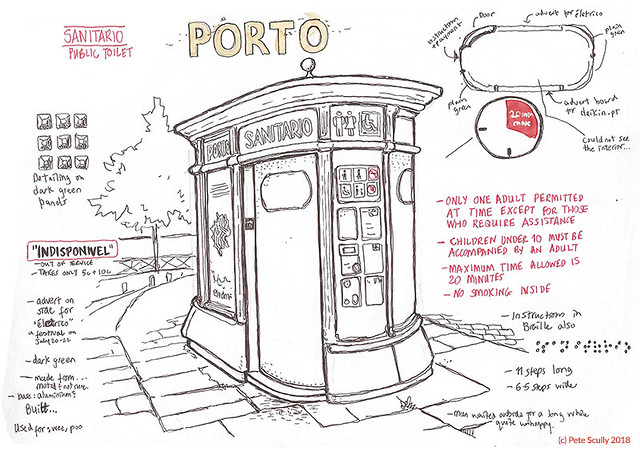 The final exercise was a longer one, where we had to show how the the object interacts with the world at large. People walking by, using it (glad it was indisponivel, I wouldn’t have drawn that!), that sort of thing. I stood on the other side of the street and sketched it, adding in people walking past or trying to use it. Nobody really banging on the door this time. I felt like a tabloid celebrity journalist, staked out in front of a pop star’s house, watching for a story, any story, anything will do. I tried to make a story about the fact that the sidewalk is very narrow there because the loo is in the way, and people have to be in much closer quarters as they pass, which can be awkward. One woman gave another purple-haired woman a glance as she passed; right there’s a story. It was a fun thing to explore the world around this broken-down bog. 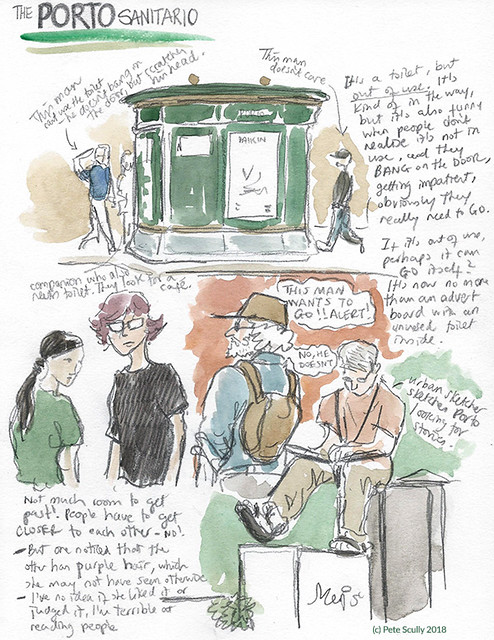 Below, fellow workshop participant Mary talks about the object she sketched. I can’t remember what it was because I drew her page blank. 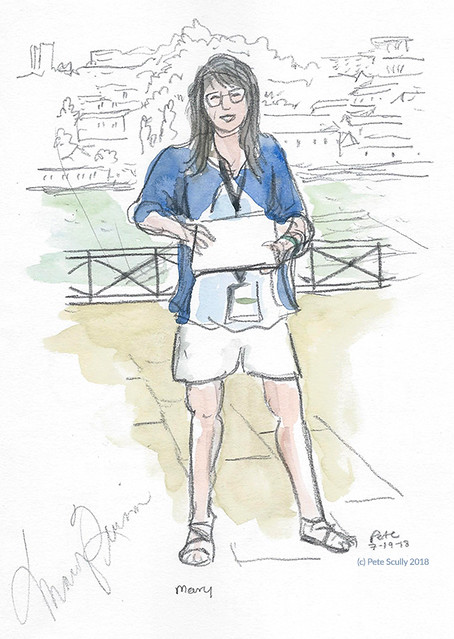 Oh, and later on that day, I was passing by this area and of course, predictably, I needed to use the toilet. And couldn’t, because this was indisponivel. I had to find a restaurant, who charged me a whopping 50c to use their for-customers-only bathroom. Now there’s a story.