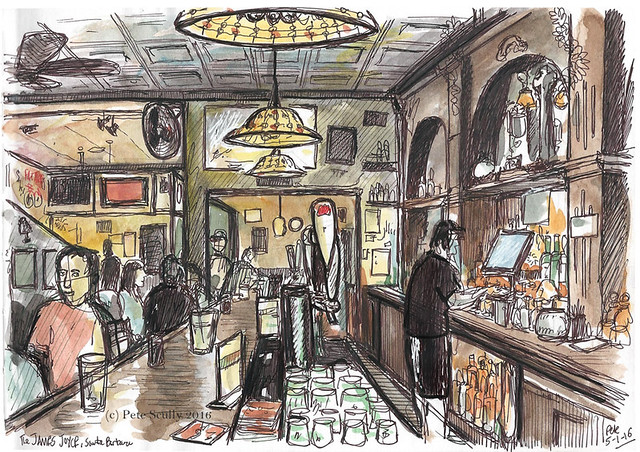 This is the James Joyce pub in Santa Barbara. After my 11 hour train journey, I had dinner at an Indian restaurant (unfortunately it was a little bit bland) and went to a pub on State Street called the James Joyce. As you may or may not know, I like pub sketching – you can practice both perspective and low-light sketching, while having a beer and chatting with locals. This seemed to be a popular pub, and on this night it was karaoke night. There were several regulars belting out their usual numbers, some with more agreeable voices than others, and so I added my own not-exactly-agreeable voice to the mix and sang a few songs. I won’t tell you which songs, but I assure you I did not replace the lyrics of any with Yellow Submarine. Well maybe one. I did convince one older fellow to sing the actual Yellow Submarine though. Nobody left the room while I was singing which was a bonus (that has happened before) (in Antwerp) (those Antwerpers didn’t feel bad about telling me they didn’t like my singing either) (but they did give me sandwiches afterwards) (this is a long tangent so perhaps I had better get back to the Santa Barbara story). I did sketch some of the singers, of course, and here they are. I have no idea what the song about the rooster was (something about a rooster who isn’t going to die, obviously an immortal rooster), it was very serious. 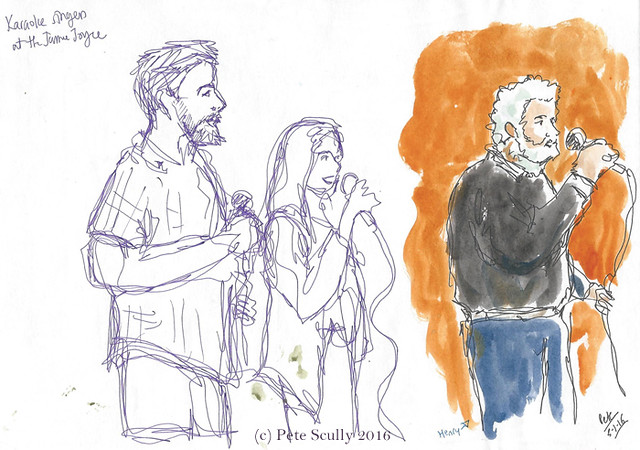 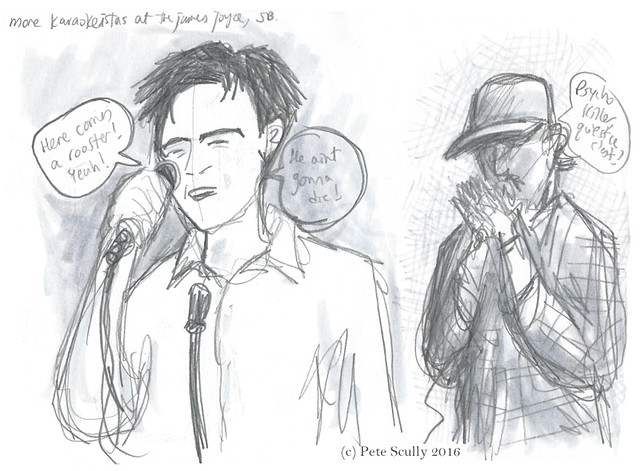 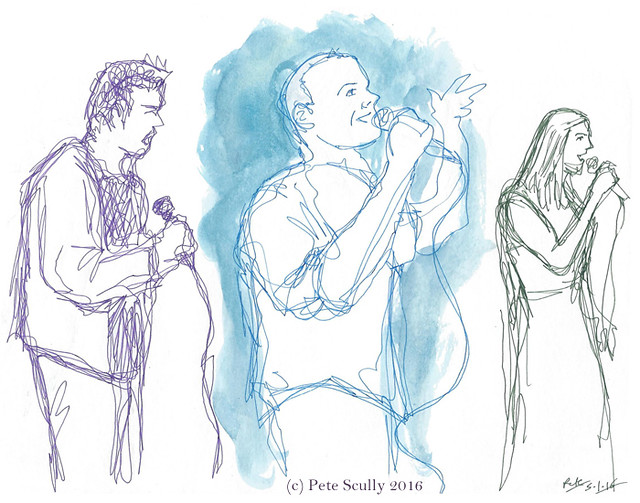 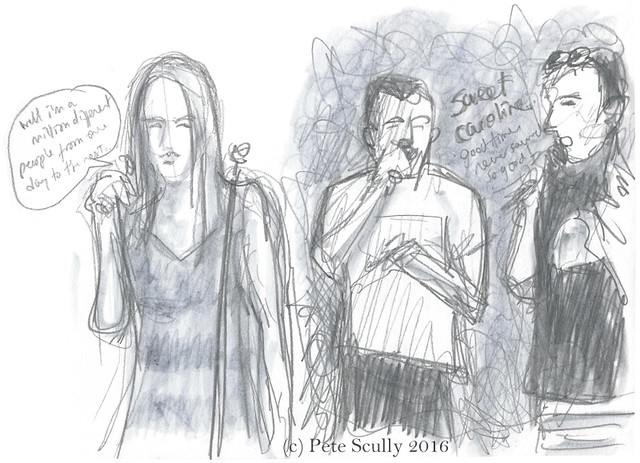 Once this fun evening was over I walked back to the hotel. It was a long walk, and on the way back I couldn’t help but sketch a fire hydrant. This one, for some reason, had a small shoe rested on top of it. I had noticed this earlier in the day and thought it odd. I was surprised to find it still there. A couple of days later the shoe was sitting a few feet away from the hydrant. I assume it was waiting for its twin to come back, waiting for years like Rey on Jakku. 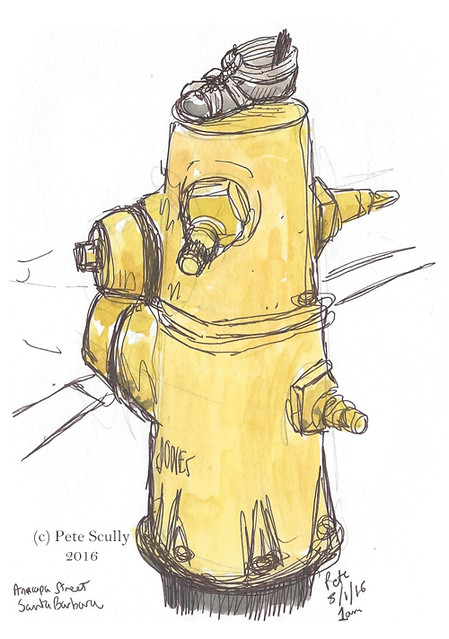 Well, here is my latest hydrant sketch. More Santa Barbara sketches to follow. There are some pretty places there.

6 thoughts on “the james joyce in santa barbara”