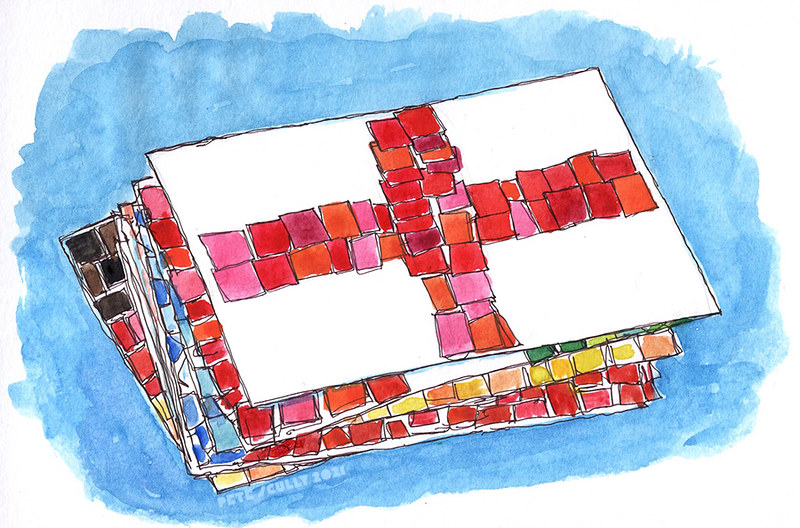 Ok, fine. It’s not coming home, this time. England didn’t win the final; they drew the game 1-1 with Italy, but lost the penalty shootout after missing three times. England beat England on penalties. One day in about twenty-five years, Bukayo Saka will coach England to another shootout, while Raheem Sterling is in the studio as a pundit, and the cycle of life goes on. I mean, at the end of the day, these are all important life lessons aren’t they, watching your country’s team lose penalty shootouts in quarter-finals, semi-finals and now at last a final, it’s what brings us together, disagreeing on how it should have been done. Oh well, I’m done thinking or talking about football for a long time now, a long time (until at least tomorrow, since I am actually coaching a youth team right now). Well done Mancini, happy for you. But damn…we were close. Oh well. The Heat is still very much On, here in California. When we were kids we were told that the Heat would be On the Streets, and I suppose it is. Inside the house, the Air-Conditioning is On. Apart from briefly popping out to go to Target, we stayed home today and watched the match, played some PS4, watched old episodes of Lost. Didn’t do any sketching, though I would really like to just pour myself into a big complicated drawing right now, I’ve not got the energy. So I just drew the little mosaic England flag. Years ago we made a whole bunch of paper mosaic flags for the World Cup, and we put them up for the Euros too, for each country that takes part. Then when they get eliminated, the flag comes down. Never thought England would be in the last two. They did end up the tournament only letting in two goals total, even fewer than Italy. And they didn’t lose the match, they drew the game, just lost the shootout. And didn’t win the trophy, and that’s what matters. Ah well. I do want to do a big complicated sketch though. I need to rejoin my Virtual Tour de France – in fact I need to start posting what I’ve done of that already here on my sketchblog. So far I have gone from Calais to Brittany, and was about to draw Le Mans when I put the project on hiatus. Now the real Tour de France is going on, maybe I should keep going with mine.

2 thoughts on “everyone seems to know the score”