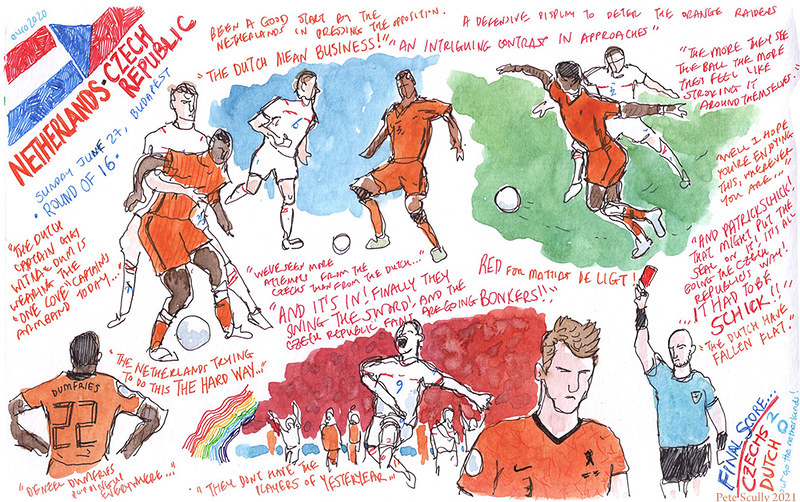 I’m not drawing every game in the Euros or nothing, I just, well I like to draw and write things down. There were some bonkers games in the Round of Sixteen. France went out, half an hour after I had told my son that the game “had ‘Kylian Mbappe misses the decisive penalty’ written all over it”, congratulations Mystic Pete. The Dutch went out, after De Ligt batted the ball away with his big paw, and headline writers and tweeters scrambled to get the best ‘De Ligt based pun, having used every possible ‘Czech’ based pun already. (I wonder if any found a way to shoehorn “Red De Ligt District” in there somewhere? I hope not.) The Czechs had Holeš exposing holes in the Dutch defense (another low-hanging fruit for sub-editors everywhere). I’m not even going there with all the ‘Schick’ ones.  And then there was Sweden-Ukraine, where the Swedish player Danielson got a red card, and my own version of the many obvious Karate Kid based jokes was “Danielson whacks on, walks off” which I thought was alright. England-Germany, Harry Kane was apparently not running much, so was being called ‘Walking Kane’ which I thought was quite funny (I still love you Harry). Portugal-Belgium, glad Belgium won that, and when Hazard’s same-height little brother scored I yelled out “That’s what I’m Thorgan about!”, but then immediately thought I should have said “Lukaku’s Thorgan” because it sounds a bit like “Look Who’s Talkin'” but it didn’t really work. This always happens when international football tournaments are on, I have fun with all of the names. In this one I tried to make Star Wars Prequels connections with the players, you had General Grealish, Count Doku, Anakin SKyleWalker, Chancellor Pal-Palhinha, Bale Organa, Darth Mæhle, Jonas Windu, Ethan Amp-idala, and, um, the Marcus side of the Forss (not to mention De Ligt side). Plus many other probably better ones. 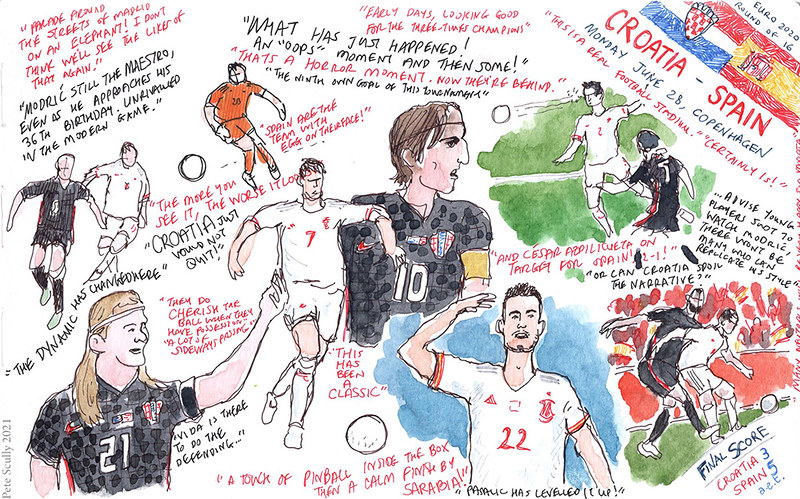