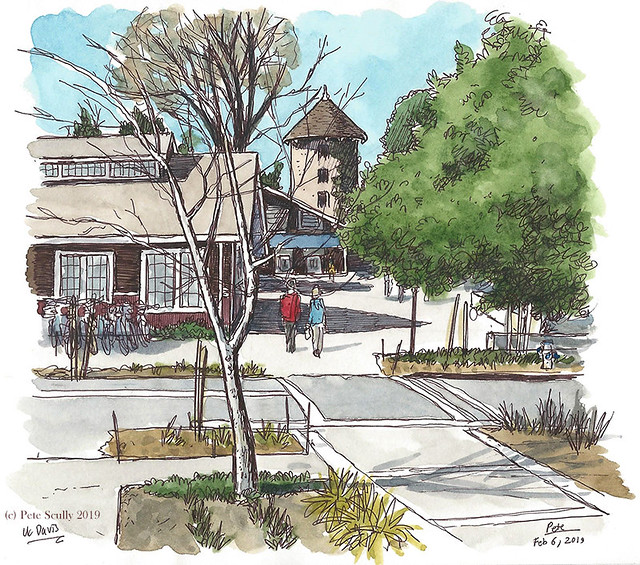 Today is my fourteenth birthday. Sorry, I mean today is the fourteenth birthday I am having since I moved to America. Fourteen birthdays in California. I counted them, and it’s fourteen of them in total. In terms of my life it’s a bit like, was there really football before the Premier League? And of course there was, but we only quote records since the Premier League started these days. It was a good reboot point, a good place for newcomers to jump on board the story without knowing years of character history, like a new issue #1 in Marvel Comics terms (they do that a lot). And I have just realized, the top flight of English football has been called the Premier League for nearly two thirds my life now. You start measuring your life in halves and thirds and quarters, and wow those quarters become thirds pretty quickly. Fourteen birthdays in America is a third of all the birthdays I’ve ever had. I don’t like doing anything for my birthday any more, it’s just one more day of aging, same as yesterday and tomorrow, but with cake. I do get anxious leading up to it though, thinking about all the years, all the different phases of existence, who I was, who I will be, all that stuff. Some people look through photo albums at their old selves, but of course I look through the old sketchbooks. I have an album on my computer (also a Flickr album) of all my Davis sketches and it takes me through a journey of staying in one place. Interesting to see how my drawing has developed, gone one way, back another, but not quick obvious changes. A sketch is a series of decisions based on decisions I’ve made before. Above, yesterday’s lunchtime sketch. It’s the view of the Silo from Rock Hall, UC Davis. Below, the same view from the same spot on the same date February 6, but twelve years earlier (and Rock Hall was the Chemistry lecture hall back then). Above, sketched in a Seawhite of Brighton sketchbook, below sketched in a WH Smith sketchbook. Some things have changed. That grass is gone. The general view is not all that different though, unlike some of the recent sketches I’ve posted with more dramatic changes. Will I sketch this again on February 6th 2031? 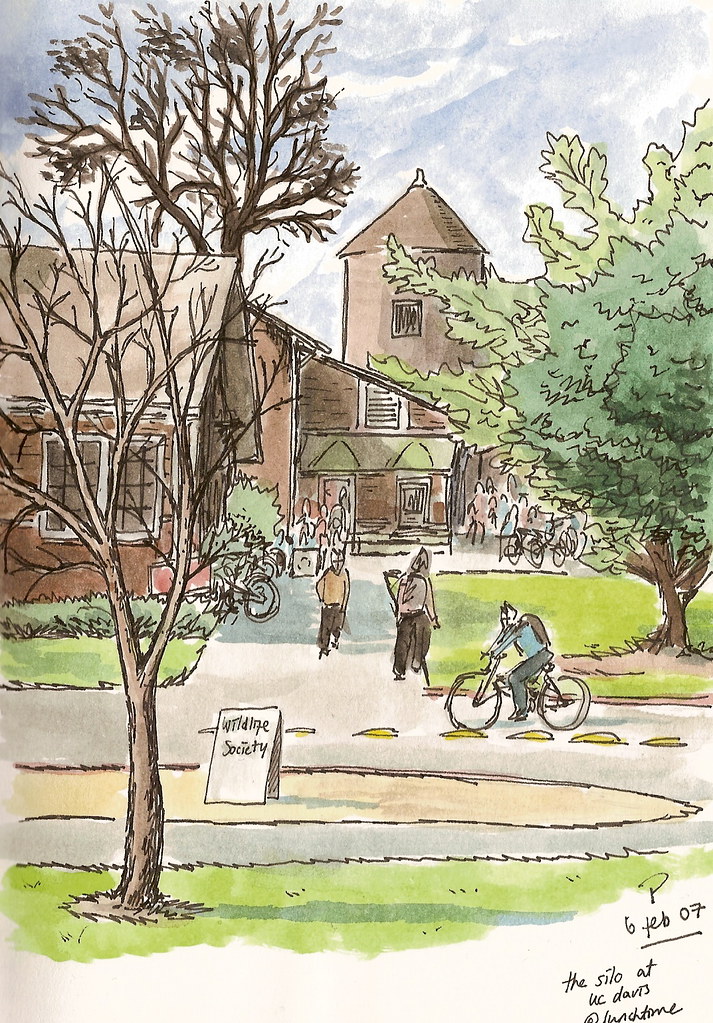