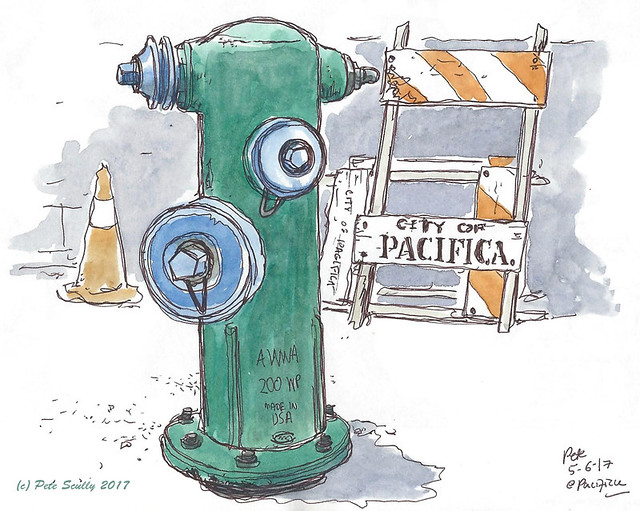 Hey folks! Another slight pause in posting; I’ve been away on vacation, no spoilers about where I went but it rhymes with “bitterly”, specifically “dome” and “menace”, as I say you will have to wait to find out where from my many many sketches. But in the unforgettable words of Jar-Jar Binks, “meesa back!” I can’t remember where I was with my sketches, oh yes, Pacifica. So a week after my son’s soccer team’s tournament in Nevada we had another one down in the beach town of Pacifica. The waves were high and the air was salty, and our team did excellently, only missing out on qualifying for the final on goal difference. I did of course get a good bit of sketching in, and here it is. Above, a hydrant near the Ocean. Below, two views either side of the same rocky outcrop, from two different beaches. The top one was Rockaway Beach, right outside our hotel, and sketched on a super windy morning. Those waves were incredible, and the beach was covered in fluffy sea-foam blown in from the Pacific. 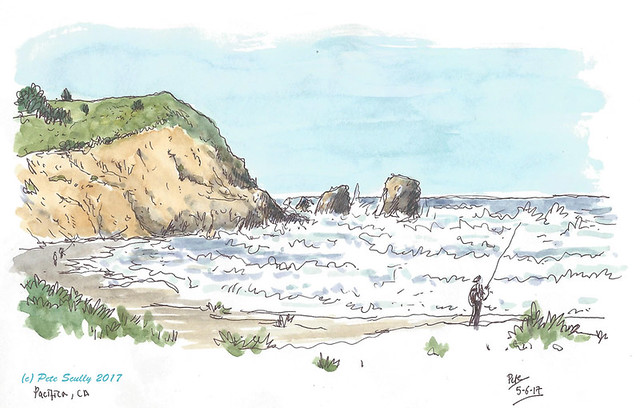 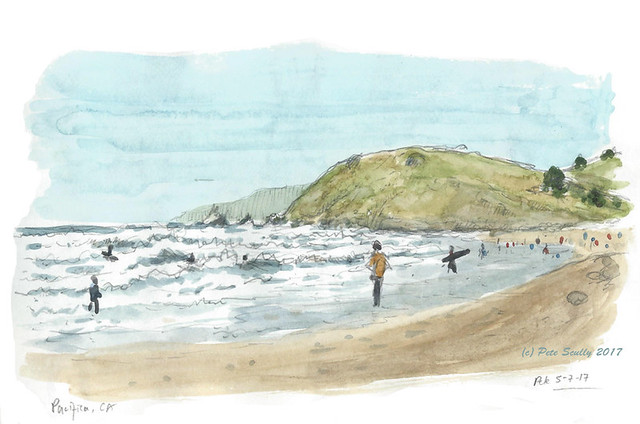 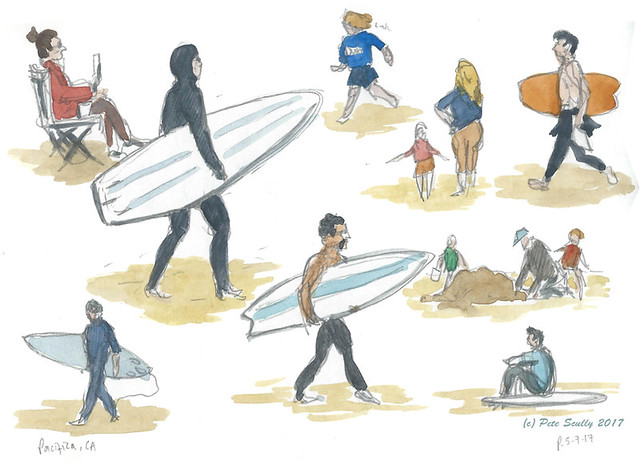 And don’t forget the beachgoers. With the waves so big there were a lot of extra surfers out. I used to want to be a surfer, when I was young. It was mostly because it was as far away as something people in Burnt Oak would do that I could think of, so therefore it was what I wanted to do. I always imagined I would live in Australia, surfing every week, walking about town in my wetsuit, but that never happened. Instead I live in California (not near the beach) and seriously, I ain’t getting in no wetsuit now. That’s ok, I’m fine with that. I just sketch the surfers now. 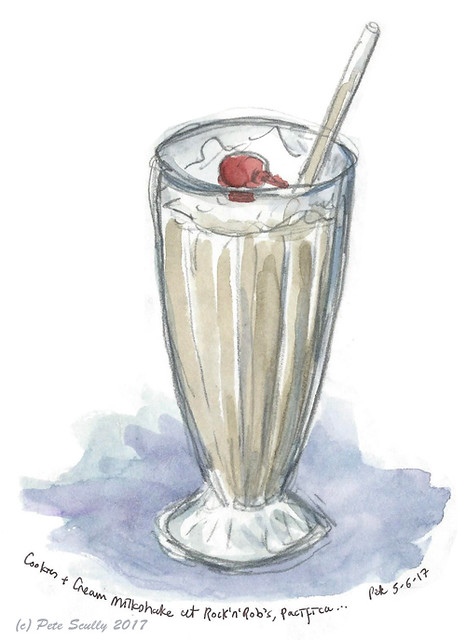 Possibly one reason why is my love for delicious milkshakes, and this one was partaken at the local Rockaway Beach diner “Rock’n’Robs”. Cookies and cream flavour. Yeah, no surfing for me now. Another reason may be the found in the image below. “Nick’s” is a 90-year-old bar and lounge in splashing distance of the Pacific waves, and a few steps from our hotel, so I popped by to sketch their bar and try a few beers. That slanted mirror let me sketch the patrons to my right, and on the other side of the bar a band played and local couples danced. It was a fun place to spend the evening.

And here is a sketch of the small town itself, the Rockaway Beach part of Pacifica. Pretty nice down here. It’s really close to San Francisco by the way, surprisingly near, yet it feels a million miles away. I liked it; I think we’ll be back. 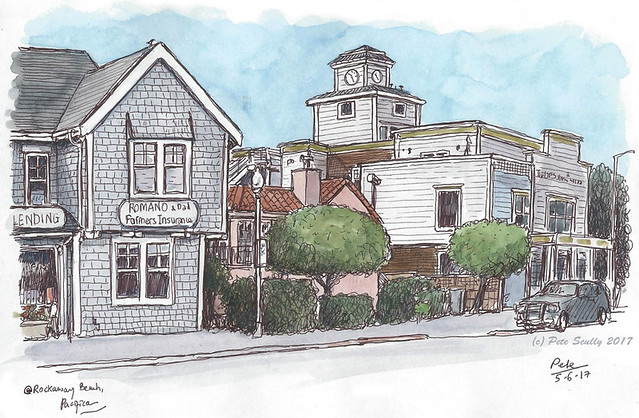 One thought on “pacifica”