Last week the urban sketching community was stunned by the news that one of our own, Florian Afflerbach, aka ‘Flaf’, had passed away in a traffic accident. He was just 35. I am still in shock about the news. Urban Sketchers has posted a tribute to Florian at http://www.urbansketchers.org/2016/05/flaf-in-memoriam.html. As one of the original contributors to the Urban Sketchers website he was a popular and inspiring artist, an architect by training, perhaps most famous for his incredible perspective drawings, and of course his love of classic cars – he was often called the ‘Car Guy’. He taught all over Europe – only days before he had been giving a workshop in Malaga alongside Luis Ruiz, another of my sketching heroes – and he made a lot of friends along the way.

I remember Florian from just before Urban Sketchers, back in the early days on Flickr, he always gave me encouraging comments and I was so inspired by his grasp of drawing perspective. We finally got to meet in Lisbon in 2008, and had some nice conversations about sketching and football. I took a perspective workshop led by Florian and Gerard Michel, and saw that he was such a patient teacher. The next time we met was in Barcelona, and we laughed because we were both wearing white shirt, black hat, glasses, red hair; I’m copying you again, I said. I had started to get into sketching old cars too, and I was looking forward to taking the workshop offered by Florian and Lapin this summer at the Urban Sketching Symposium in Manchester. It was ages since I last spoke to him, and now the chance will not come again. So I’ll say it here: thank you for everything Florian, I learned a lot from you my friend. You will be greatly missed by urban sketchers across the world, and by me. 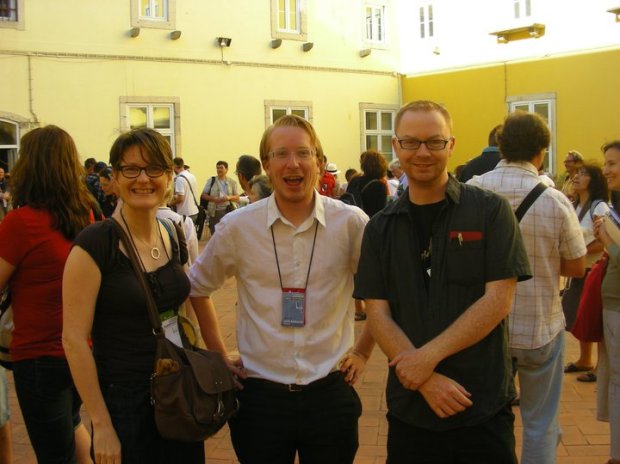 My deep condolences are with his family and friends at this time.

You can see Florian’s work on his Flickr site, and on Urban Sketchers, and at his website, Flaf.de. I hope he inspires you as much as he has inspired me.