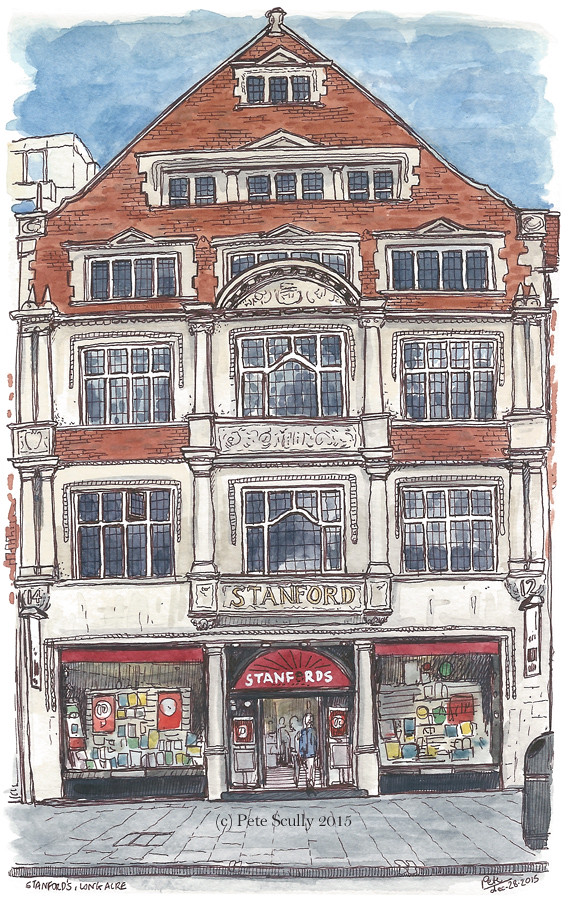 Here is Stanford’s, a fantastic shop on Long Acre, Covent Garden (London) that ha slong been one of my favourite shops in, frankly, the entire world. It is primarily a map and travel book shop, founded by Edward Stanford in 1853, moving to its present spot in 1901. I used to come here when I was in my teens and just look at maps, maps of anywhere and everywhere. I wanted to travel the world, and literally everywhere was exotic. I would look at street maps of nondescript German towns, maps of the Colombian highlands, plan routes across Siberia, imagine barren rocky island hopping in the north Atlantic. Once I bought a map of Sydney, Australia, to put on my bedroom door at home and I would just learn the names of all the suburbs. I’ve still never been. Well, I ended up living across the world, and my love of maps has not really dimmed, I still get a kick out of flicking through a road atlas. Yeah, Stanford’s was one of my favourite shops, and it’s still great now, so I had to sketch it. It was a nice bright London morning after Christmas, and once I was done I met up with my friend Simon and we popped to a little old pub around the corner, the Lamb and Flag. I didn’t do a particularly detailed sketch, just capturing an interesting doorway, but its a small place and there were lots of people in and out. And I sketched Simon too! It’s fun being back in London from time to time. 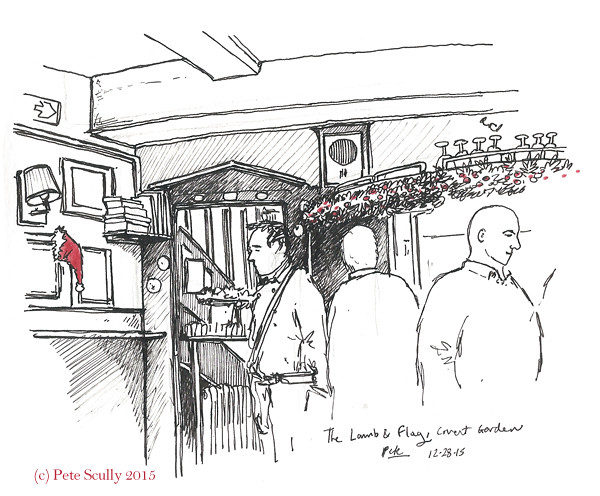 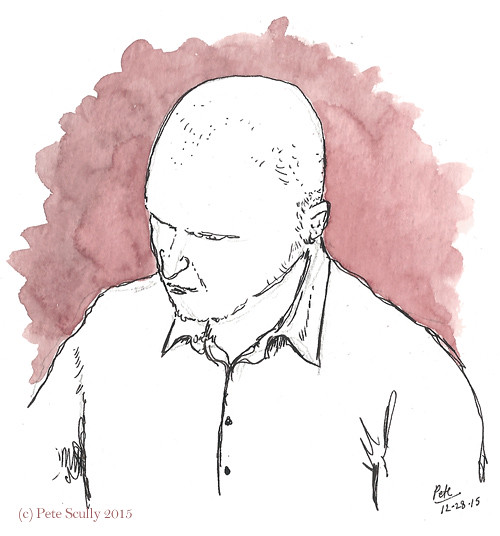