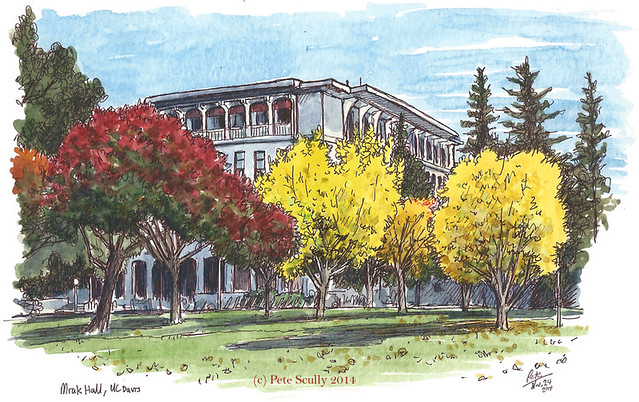 Well it is the Thanksgiving Holiday, and by this time of year in Davis the autumnal colours have really exploded into bloom. It happens that bit later than in most parts of America, it seems, and the transition between November and December is when it hits its peak. This is Mrak Hall, above, where the main administration for UC Davis sits. I sat on a bench one lunchtime this week (a more pleasant experience now that the campus is smoke-free) to sketch this view, and I remembered that I’ve sketched it in Falls gone by on a couple of other occasion. Below, December 2010, a couple of weeks or so later in the season. You can see how the red-tinged tree has turned more orange, while the yellow tree has started to thin out on top. 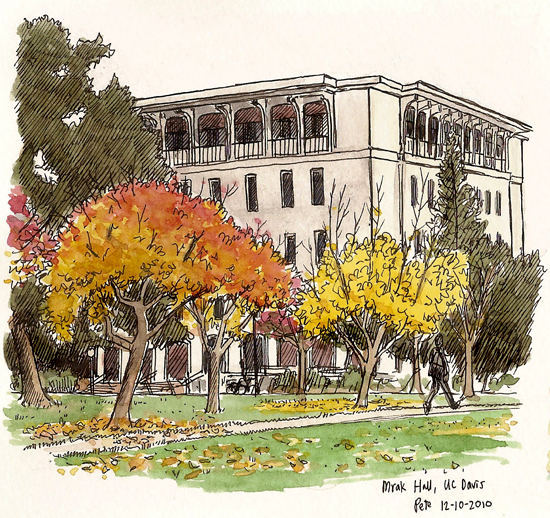 Let’s go further back in time to 2007. The same date, December 10th, and a similar rate of autumnalisation (not a word people use, but I just did) though with more leaflessness on the top of the trees (I neglected to draw the leaves on the ground, obviously too difficult for me back in 2007). 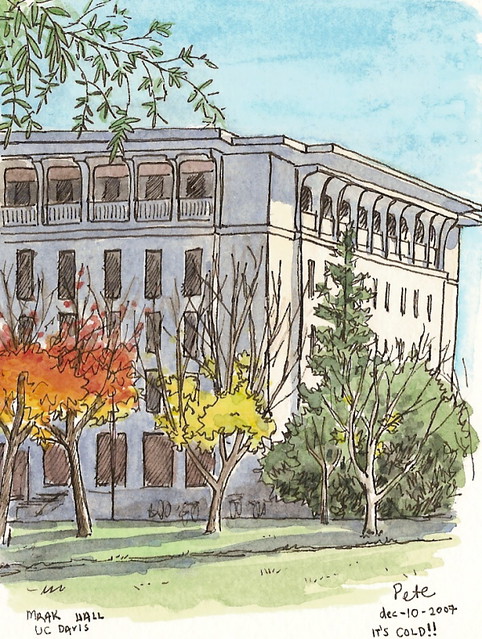