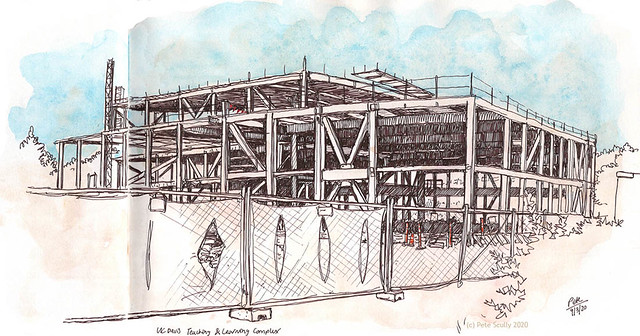 When was my last post? I don’t remember. I know I can look it up by just looking at my last post, but even as I read the date I forget what it says. Time is an irrelevance. It’s October now, isn’t it? What month is that, eight? Ten? Are months important any more? When you look at months, they do beg the question: what the hell is that about? This one has 30 days, this one has 31, then comes February and it’s like, wait no, just 28 for you, except every now and then it’s 29, I mean what the bloody hell? What is an hour?How many in a day, 24? Right let’s divide the hour into 24, no actually 60, I mean when you actually look at it all, it really does make you wonder WTactualF? Days in a week? 7 FOR SOME REASON. What is a week? I mean we know what a year is. We can understand years. Days too, to an extent, although the actual day bit depends on the time of year and where you are on the planet. But years, we get years, we can’t do anything about years. The French Revolutionaries tried changing all the months to more sensible time frames, with funny names like Breezy, Wheezy and Sneezy (those weren’t the real names, that’s what the British called them mockingly, because our old fashioned months made so much more sense). Years we understand. Except that there are only two thousand and twenty of them apart from all the thousands that went before. Don’t get me started on the boring people that insisted on the millennium not being the millennium because there was no year zero, and I was like well what the hell are we supposed to do with all these fireworks?? Besides I personally count years from 1BC. Years though, I do understand years, and a week ago or so (I think, time is an irrelevance) I celebrated fifteen years living in the U.S.

Fifteen years! Fifteen times around the Sun, and what a bloody hot sun it has been, especially lately, here in California. It’s October, and we’ve still been having 100 degree weather. Fires have still been giving us choking air. As a socially-distanced-soccer coach I constantly check the AQI to see whether the Sky Gods will permit us to kick the ball around for a bit while trying to stay six feet apart, and still be heard trying to explain rules of complicated drills under my mask. The game is the best teacher. Recently we got out of town for the weekend, driving down to Monterey across a California we could barely even see, the smoke was so thick, and even in Monterey the smoke mixed with the fog. I did do some drawing, I will post them another day. The pandemic is going on and on and on, with no normality in sight, I don’t need to tell you that. Cinemas are closing, films aren’t coming out. The things we love are on pause, or going away, and time is hard to measure. But I’ve been living in America for fifteen years, and that’s a thing for me to think about. I’ve generally measured time in sketchbook pages, though this has been much harder this year because I am so far behind all the other years. The sketch at the top of this post shows little relevance to the theme of this thought bubble, but it shows time passing, a new building, the Teaching and Learning Complex, the TLC, which meant something different in a different time. It’s an optimistic building, in these strange and unusual and unprecedented times, when so much teaching is happening through the exhausting little rectangles that give us all headaches. I like drawing buildings on campus in their various stages of transition, it’s real time, really passing. It can’t always be measured but it’s time you can hold on to, and keep, and never get back.

We can never get this time back. People grow, live and stop, things happen and stop happening, we adapt, and it’s hard, it’s bloody hard but it was hard before, now we have an excuse, that’s what I think some days. This week I’ve been seeing videos online celebrating the 25th anniversary of Oasis’s second album, “(What’s the Story) Morning Glory?” which was always one of my favourite records. I remember the day it came out, I had been having the most illustrated year of my life. Illustrated? I suppose that’s the word, I was 19 and felt like I was grabbing the world by the horns a bit. That was the year I took off and went to Denmark to pick strawberries all summer. Listening to music on my crappy tape player, and what music it was, 1995 was a great year, optimistic. By the time October rolled around this album came out and I went and got the CD from Our Price in High Barnet, where I was at college, and I got home and immediately recorded it onto a cassette, so I could listen to it on the tube. I was going down to Stratford if I remember rightly, I was going on a date with a girl from Prague I’d met a few days before. I just remember getting to Stratford tube station, and I was so engrossed in the album I didn’t want to turn it off, so I just walked about Stratford until the very last bits of Champagne Supernova had finished, walking through a subway, volume turned right up on my headphones. Then I met the girl from Prague and apologized for being late, saying there was a delay on the Central Line or something, which sounded plausible. I remember it was a nice autumn evening, we went to a pub and played pool, but I just couldn’t wait to get back on the tube to Burnt Oak and listen to it again. That was all twenty-five years ago? That blows me away. And then again, it doesn’t. The last fifteen years probably surprise me more. The decade between where and who I was in September 2005, moving to America, and October 1995, listening to that album for the first time, makes me really wonder about what years really are – that was definitely longer than the fifteen years that have flown by since. I’ve fit a massive, massive amount in, and I still am, but the thirties and forties are so different from the twenties. Back in the old days, an album was as long as the amount of space on two sides of a 12 inch piece of vinyl. Then it was as long as you could put on a CD without getting bored. Now it’s arbitrary, what is an album? Endless playlists, pick and choose, random selection, the ceremony vanished a long time ago. But each song carries a piece of history with it, some memories that only you can carry, that album carries a lot of mine. Time is irrelevant, but absolutely precious, utterly priceless. We will never forget this year, none of us, a massive shared experience which will be different for everyone, but don’t look back in anger, I heard you say.