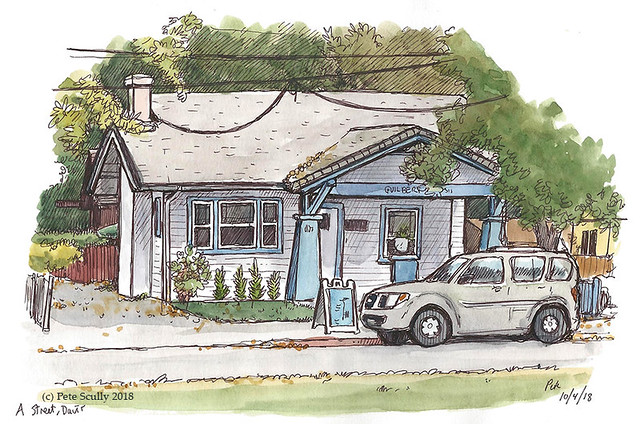 This is Guilbert House, on A Street in Davis. Not any street, but A Street. I don’t just mean ‘a street’, no I mean the street is named after the letter ‘A’, or at least I presume it’s named after the letter ‘A’, unless it is named after a famous person who was just called ‘A’, like ‘Q’ from James Bond or ‘T’ who played ‘B.A.’ in the A-Team (who were not just ‘a team’, etc and so on). I like to think of myself as a man of letters. I have sketched this building before you will be flabbergasted to hear, after over a decade in Davis I do on occasion draw the same thing more than once. This town isn’t very big. So, this is another lunchtime sketch, with colour added afterwards.