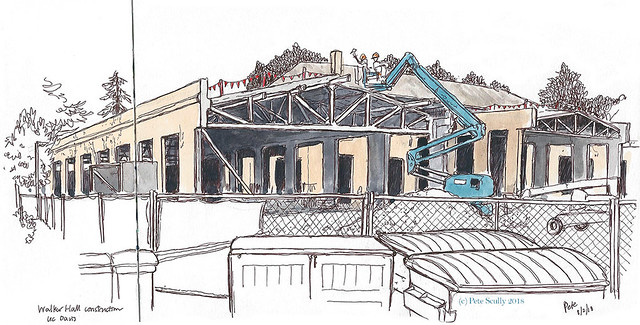 Some of you may recall that I enjoy drawing the in-progress construction (and deconstruction) of buildings on the UC Davis campus. For example, the construction of the Manetti Shrem (completed 2016), and the long removal of the Boiler Building and replacement with the Pitzer Center (also completed 2016 – see the sketches from that project in this Flickr album). So when I was told a few years ago or so that the empty Walker Hall, a historic E-shaped building in the middle of campus, was going to be completely reconverted to house the new Graduate Center, I was super excited. I’m a big advocate for graduate studies on campus so am pleased they will be getting a modern new space, while still reusing an existing building. I started sketching the renovation already back in May, and drew it quite a few times in its previous dormant state, but this summer the real work began, so when I got back from Portugal I took the sketchbook over and started sketching from the outside. 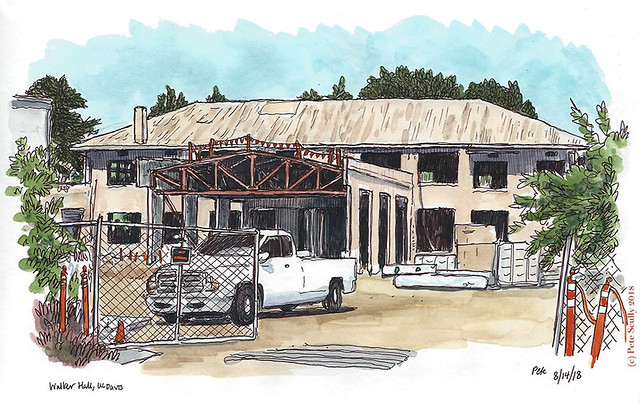 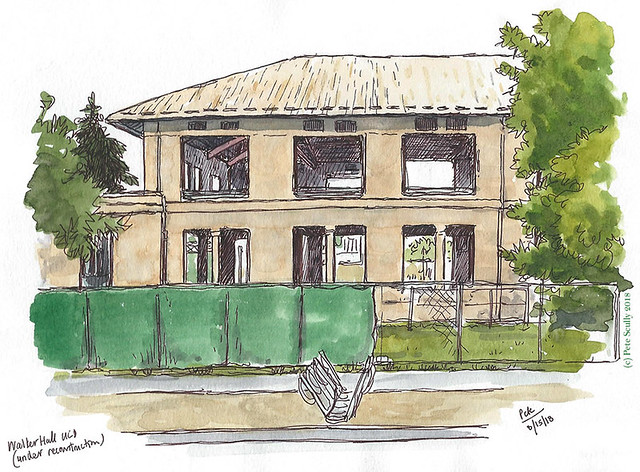 As you can see, the whole building is empty now, leaving the shell. It looks like the wings at the rear of the building will be slightly shorter than they originally were, but that is where the largest degree of change will happen, and will be completely modernized – the front however won’t look too different. 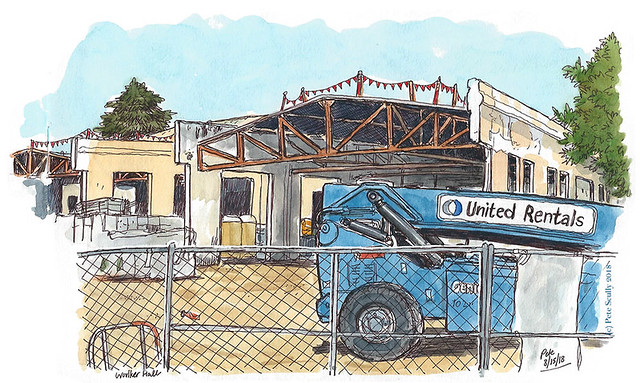 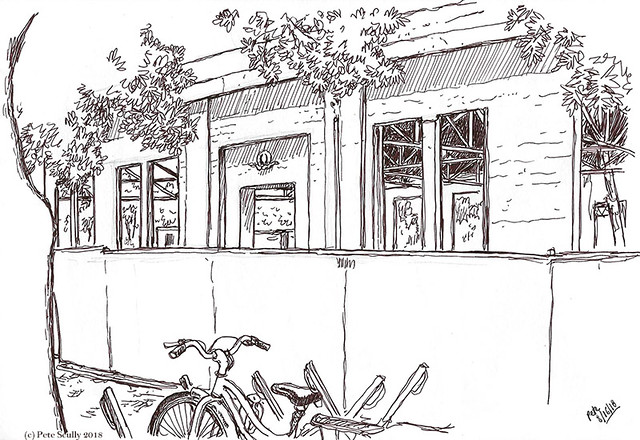 The most recent sketch I did is below, stood across the street outside Everson. It’s hard to see a lot of the building because of the trees and trailers in the way, but it’s a hive of activity. I’m looking forward to sketching some more as the year goes on. It’s expected to be completed by Spring 2019. You can find out more about the Graduate Center at the Grad Studies website, and also at at the Design & Construction Management site. 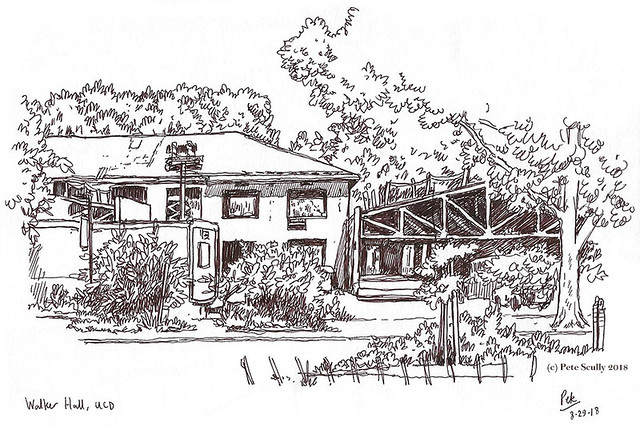