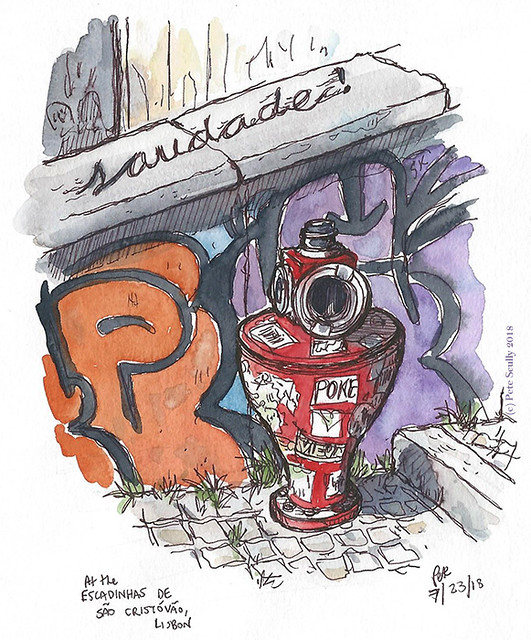 As promised, the fire hydrants of Lisbon. Some of them anyway. I came across quite a few different ones. The one I enjoyed sketching the most was the one above. This is found in the very colourful Escadinhas de Sao Cristovao, linking Alfama to Baixa, a colourful staired alley filled with exciting graffiti and murals about Fado. Someone wrote “saudade!” just above it. I thought it said “sausage!” at first. Honestly I really did, I’m not making that up. I need my eyes checked again. Sometimes I misread words in a way that I think my brain is just trying to make jokes without telling me first. Like on Expedia, I was looking up a hotel and I thought it said “read all 52 terrified reviews”, but what it actually said was “read all 52 verified reviews”. Still, I was too scared to stay there and booked somewhere else. “Saudade” is not Portuguese for sausage, it means “sadness”, or rather, it means something more than sadness. Someone like me cannot explain it. I draw fire hydrants and think words say “sausage” when they don’t, so there’s no way I can really understand the concept of “saudade”. It was a phrase I had heard is associated with the kind of theme you hear in Fado music (which as we established in a previous post, I did not take the time to go and listen to while I was in Portugal, contenting myself with street tromboners playing “besame mucho” over and over again). So I looked it up. It means (according to ‘Google’) “a feeling of longing, melancholy, or nostalgia that is supposedly characteristic of the Portuguese or Brazilian temperament.” Well ok I can relate to that, for sure. Longing, melancholy and nostalgia are three of middle names (along with ‘William’). Longing is like when you make something longer (like a blog post, for example); I used to think that melancholy was a dish made with melon and cauliflower (no honestly, I did), and nostalgia is a type of aftershave from the 80s.

Alright I’m not taking the mick out of saudade. You might say that this sort of silliness is how I deal with my own saudade. But if you want to see evidence of true saudade, look no further than this set of fire hydrants, drawn on the Ruas and Praças of the Portuguese capital. 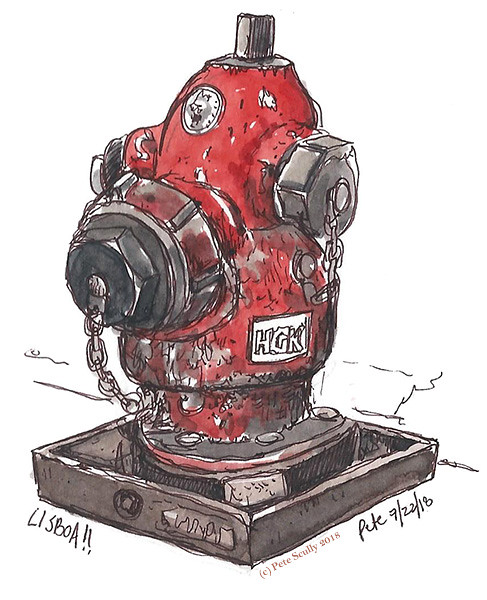 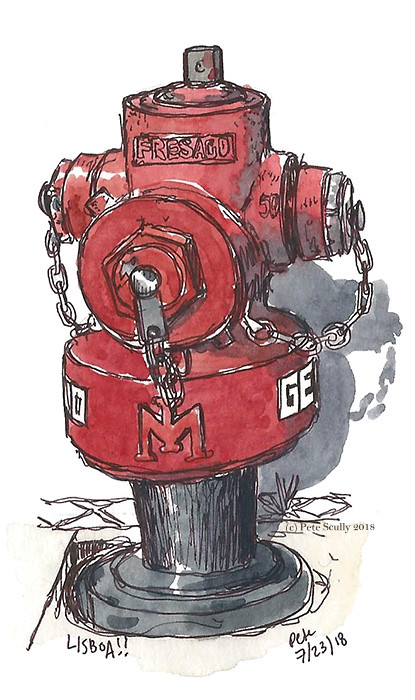 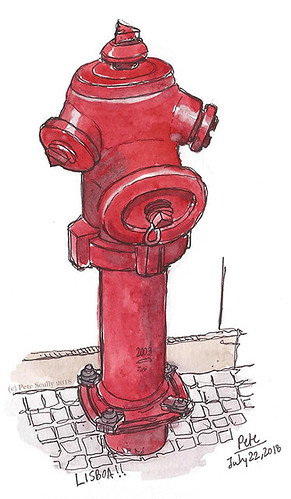 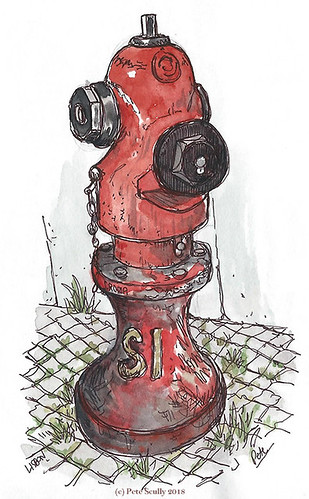 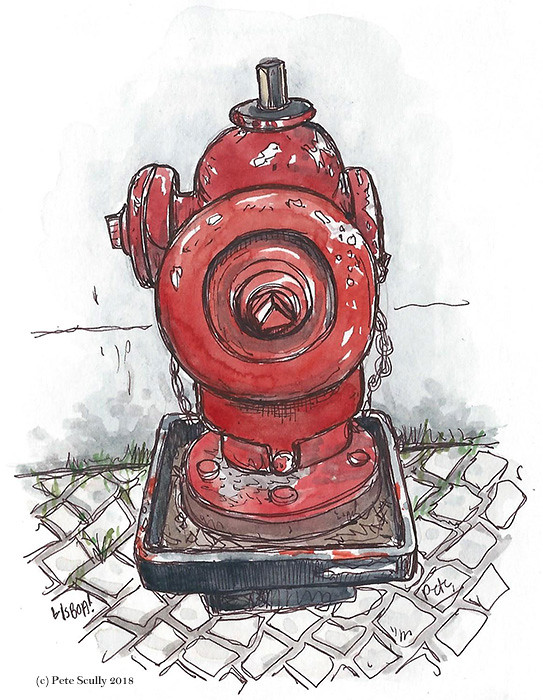 I hope you liked them! Ok well I hope you looked at them and went, “oh yeah, fire hydrants”. I hope they didn’t make you too ‘saudade’ (or ‘sausage’).
Anyway if you too long for a bit of melancholic nostalgia, take a butch at my last batch of Lisbon hydrants, of which there were seven, all sketched in the summer of 2011, I also posted them in one handy post: https://petescully.com/2011/08/10/lisbon-hydrants/

4 thoughts on “hydrants and saudade”