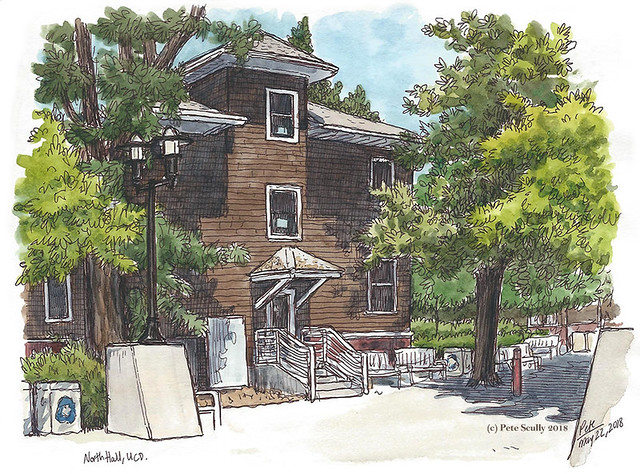 Ok I am pretty caught up with the scanning so here are some more lunchtime campus sketches, packed into one post. Above is one of the oldest buildings on the UC Davis campus – North Hall. It’s 110 years old. This is the side of it, facing South Hall. 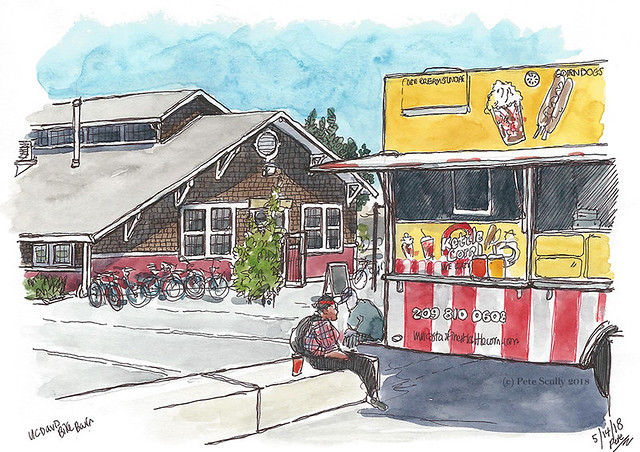 Here is the Bike Barn, as seen from the South Silo, next to one of the food trucks that frequent the Silo area these days (or during the academic year anyway). 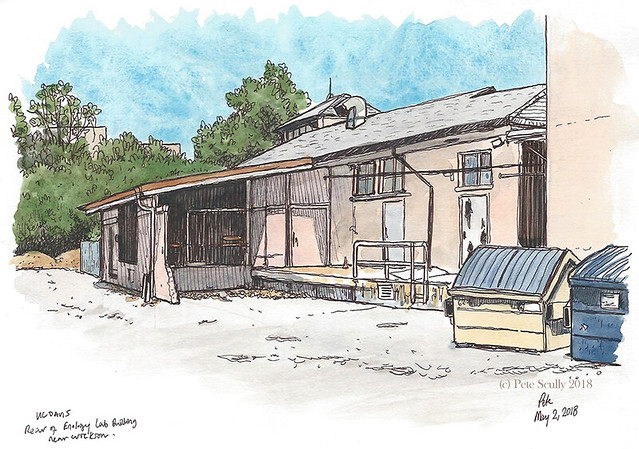 This is the rear of the Enology Lab Building, just off California Avenue. It looks uninteresting but is the sort of thing I like to draw. 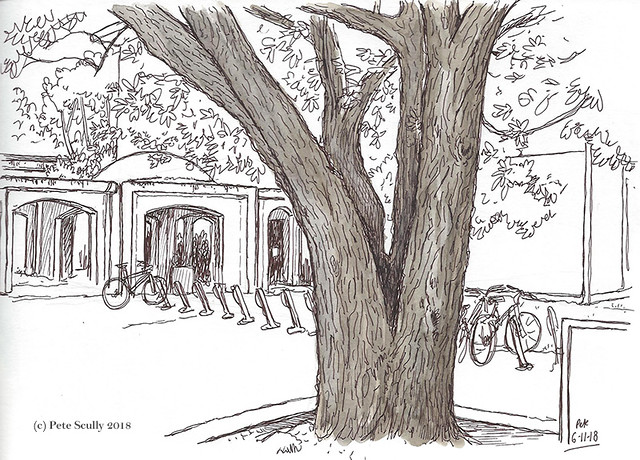 This is a tree outside the Arts Building. 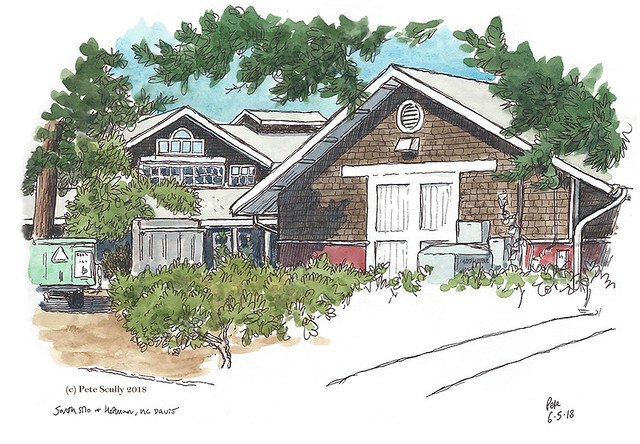 The rear of Heitman (formerly the Hog Barn), with the south Silo behind it. I have taken a lot of staff development classes here in Heitman. 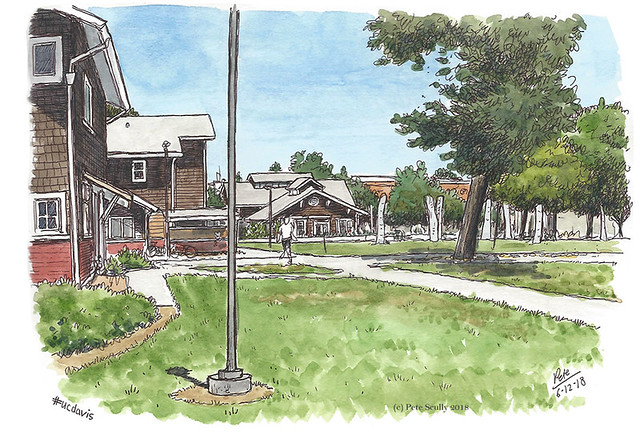 And the view of the Bike Barn from afar, once more. I have sketched this scene so many times over the years, but this time at a slightly different angle. That’s the front of Heitman there, with the South Silo behind it. Right now, at the end of June, the Davis Heat is here again. A hundred degrees and rising, with a hot wind blowing. Onwards with the World Cup knockout stage…

So, the Group Stage of the World Cup is over. This chart shows each of the kits worn in those first 48 games. As you can see, red v white is popular. Almost every team wore both of their kits at least once. Some wore different combinations than expected; Colombia wore white shorts twice for some reason, rather than blue, and then blue shorts with the blue away rather than orange. France wore three combinations, none of which were blue-white-red (they will wear that in the next round against Argentina though). England looked good with the old navy shorts back. THAT Nigeria kit got a single outing before they went back home. As predicted, Croatia wore their away kit more than the home kit. That Mexico away kit looked bloody good in real life. The kit combinations were a bit bizarre – I had thought that colour-blindness was being taken into consideration, I know that UEFA have directives, but the fact that the first game was red (Russia) vs green (Saudi Arabia) means that they weren’t taking this into account at all (not sure why the Saudis couldn’t wear white). The games have been great – every team has scored and there have been some super exciting games, especially the finale of Sweden v Germany. Some hilarious moments, such as Michy Batshuayi kicking a ball into his own face in celebration, and that Iranian player whose name escapes me who tried to do a flip-throw but ended up with a sad roly-poly. Argentina were bad, Messi looks so downhearted, while Cristiano Ronaldo is well up for it, and a hat-trick against Spain is pretty impressive. Kane is top scorer so far, his last goal being being scored while he was at a cafe reading a newspaper and eating a croissant, when a ball bounced off the foot of his table and over the line; he will take it. VAR has been fun, controversial but on the whole pretty correct. My favourite thing now though is when players go down, they don’t wave imaginary cards now, they make the imaginary tv screen sign. As for my predictions, well I don’t think Argentina will win now, but they made it through. Germany didn’t top their group, unless you put their group upside down (I still can’t believe they are out), while Sweden were definitely no bottom-of-the-groupers, and nor were Japan. Croatia have been a big surprise. Ok, so the next round is up. I predict that Argentina will beat France and Portugal will beat Uruguay, to set up the Messi v Ronaldo quarter-final. However Ronaldo in the Uruguay game will get booked and will miss it. England will struggle against Colombia but will make it. England will of course just win the World Cup, that is obvious, now that Germany is gone nobody can stand in the way, right? No, Spain will win it, proving that to succeed, you just need to sack your coach one day before the biggest tournament in the world. Brazil look alright. I have no idea who will win it, but maybe this year it will be someone new. Regardless folks, after this very very exciting World Cup so far, get ready for the 0-0s and penalty shootouts because they are coming.