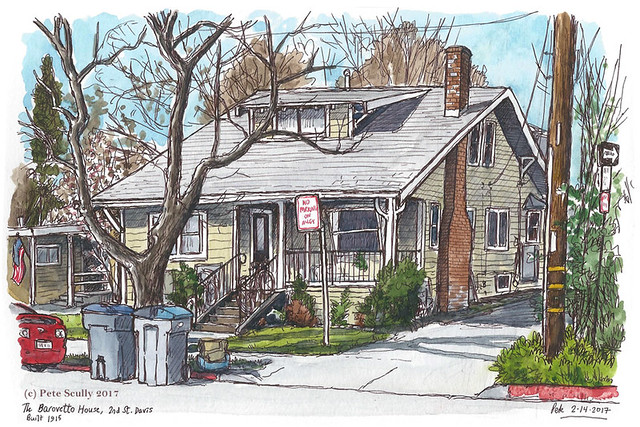 This lovely building is the Barovetto House at 209 2nd Street, a few steps from the UC Davis campus. Along with the tank house behind it, this historic building was originally the family home of Giovanni Barovetto, an Italian immigrant and early researcher of Viticulture and Enology here at UC Davis. That is wine-making science. This house was built in 1915 and is on the City of Davis’s list of historic buildings you should see. Giovanni’s grandson John Barovetto was killed in Vietnam aged 28, and has a local park named in his memory. Here is an article from the Davis Enterprise (written by Rich Rifkin) with a bit more history. As of a couple of years ago, this house was threatened with demolition, in favour of new apartments. There was a petition to stop this from going ahead; I don’t know if it succeeded, but the building still stands, for now. I think it would be a sad loss were it to go.