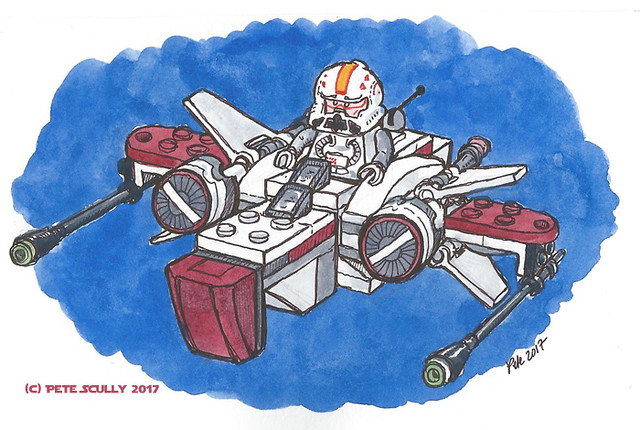 The X-wing is a legendary fighter, it’s the Spitfire of the Galactic Civil War. Before that, though, there was the great Clone War, when Jedi and Clone fought Droid and shadowy Sith. There were apparently heroes on both sides, and evil everywhere, according to the opening crawl of Revenge of the Sith, which is a classic case of unreliable narrator, or at the very least unhelpful internet commenter reporting galactic crises. “The Sith Lords are evil, murder children, and employ millions of armed robots while plotting to overthrow the government of the universe” “Yeah, but both sides are just as bad, so.” Turns out Evil Actually was All Around, as the Chancellor ended up being the Sith Lord (spoiler alert) and those lovely friendly Clones turned out to have secret brainwashing that turned them against their Jedi chums whenever someone mentioned Order 66. Imagine going to a Taco Bell or somewhere with one! “66! Your order is ready. Order 66? Order -noooo!! Don’t shoot the Jedi!! Noooooooo!!!!” I did like their fighters though, the two-man ARC Fighter, seen in the opening battle of Sith. It’s like they said, let’s have a bit of everything. It’s not an X-Wing, but meant to be a clear predecessor. “Lock S-Foils in Attack Position.” 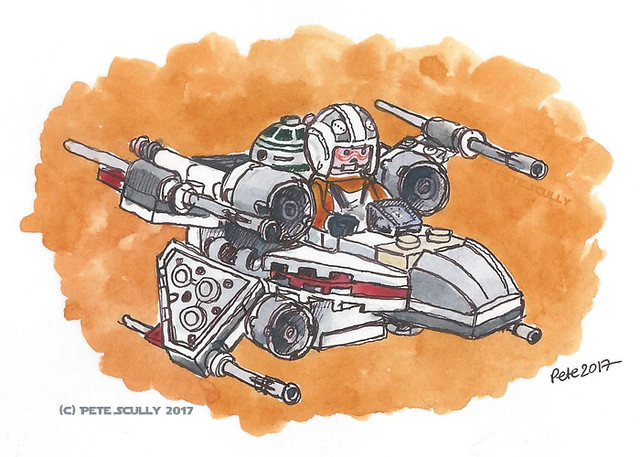 Which brings us to the classic. THIS is the X-Wing. Four engines, astromech, four big cannons, proton torpedoes, shaky cockpit, good ol’ pilot. These small one-man fighters took on the first Death Star. This is another micro-fighter which is about the right size for a speedy run down a narrow trench to find an exhaust port. Hah, stupid Empire not noticing that obvious design flaw, who designed that thing, what was he thinking, it’s almost like he did it deliberately. Of course it was originally thought up well before the Clone War by the Geonosians who didn’t have X-Wings in mind but, well, a lot of stuff went on after that, lot of cooks spoiling the broth (if the broth could destroy planets). Luke had the X-Wing. Red Five. I’ve already established Luke is the best, and for this reason, his X-Wing is the best one. Though I do love Porkins. 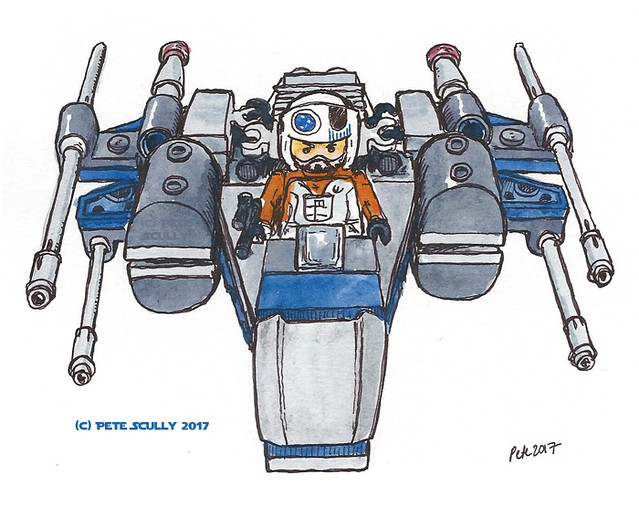 Which brings us on to the Resistance/First Order era. the X0-wings of the resistance had those engines that split down the middle for some reason, being based on original designs for the X-Wing from before Star Wars was made. these are the original originals. Otherwise they are the same design, except the wings overlap differently. Poe Dameron was the best pilot, but ol’ Nien Numb, Lando’s buddy, flew one as well. That scene in The Force Awakens when the Resistance X-Wings skim across the lake on Takodana, causing the First Order to wet their white-armored pants, is one of my favourite moments in the movie. Those magnificent men in their flying machines, they went up-diddly-up-up and they went down-diddly-own-down. Now I love the prequels and all, but it’s only really Star Wars if there are X-wings vs Tie-Fighters. 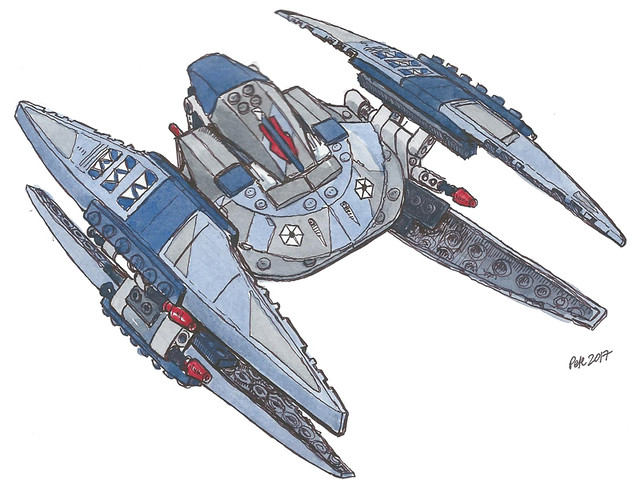 However I don’t just want to show off my obvious Good Guy bias here, so here is something else from the prequel era. The Vulture Droid, or “Variable Geometry Self-Propelled Battle Droid, Mark I” as nobody calls it, wasn’t a starship but a flying battle droid that could actually walk and move its head around. The Lego toy though has a battle droid that you put inside it. This first appeared in The Phantom Menace as the main bad-guy fighter facing off against the Naboo Fighter, and wasn’t called a Vulture Droid until Revenge of the Sith. I was never a big fan of this fighter, but I appreciate what the Trade Federation were trying to do. The Bad Guys in the prequels really loved their evil droids, which explains some of the anti-droid sentiment you see in the original trilogy. Now it wasn’t just evil robots who supported Count Dooku, not at all. It’s just that his was the side that had all the evil robots, and everyone else was just ok with that. It sends a bad message, Dooku, arming yourself with evil robots. Clones that turn evil later was clearly the way to go.