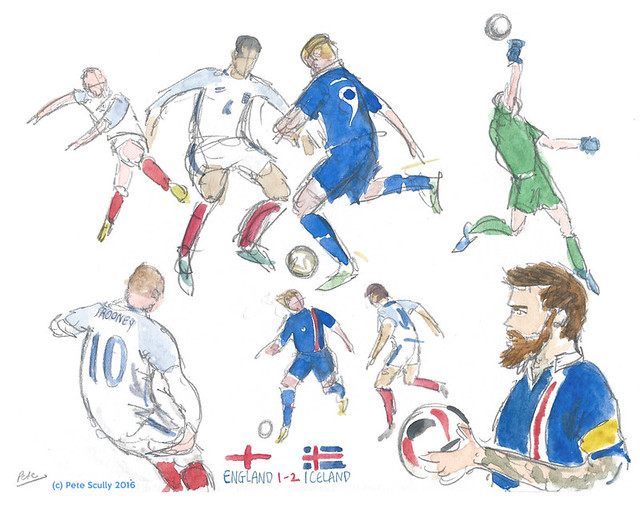 It has been a week, hasn’t it. Hell, it’s been a year. Did nobody realize that 2016 is only ‘advisory’ and ‘non-binding’? We’ve only had less than half of the year so far too; instead of celebrity deaths, terrorist attacks and Brexits, the rest of the year might be all, well, no, there’s an election coming up in America and probably the UK so no, 2016, please just go away and think about what you have done. At least the footy has been good. Oh, except for England. They slipped up against Iceland (I don’t get it either) in one of the biggest shocks that day, culminating in the manager Roy Hodgson resigning at the end of the match because everyone else is doing in. Iceland were pretty great though and they are refreshing to see at this tournament, and while I am sad to see so many of my Spurs players get knocked out with England, I’m happy for Iceland. England winning the Euros might have been good for the country, in its current state, but Iceland will now go on to play the host team, France. Iceland might end up as the Leicester of international football. 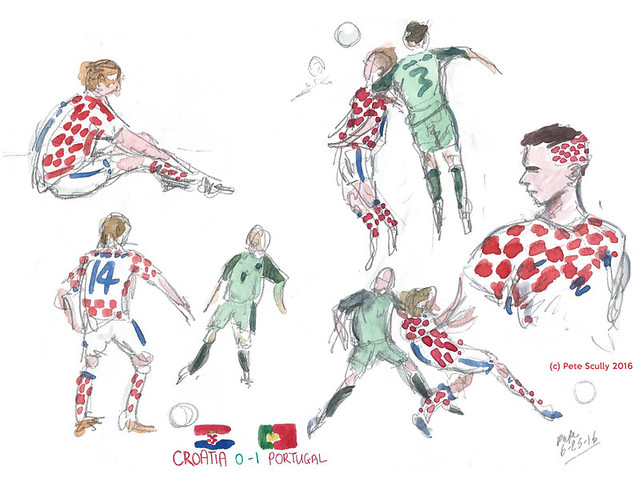 Croatia lost to Portugal. Portugal have Cristiano Ronaldo. Oh ok you say, that’s that. No, Croatian were in my view much the better team, and Portugal only had one shot, late in extra time, from a Ronaldo cross, that won them the tie. But Portugal wore the odd teal green thing, while Croatia finally got to show off the famous home kit. I had to sketch that game, especially the guy with the read and white checkers on his hair. I will miss Croatia, I actually thought they’d go all the way after watching them beat Spain. As it is, they have to fly home while Portugal moves on to play Poland. 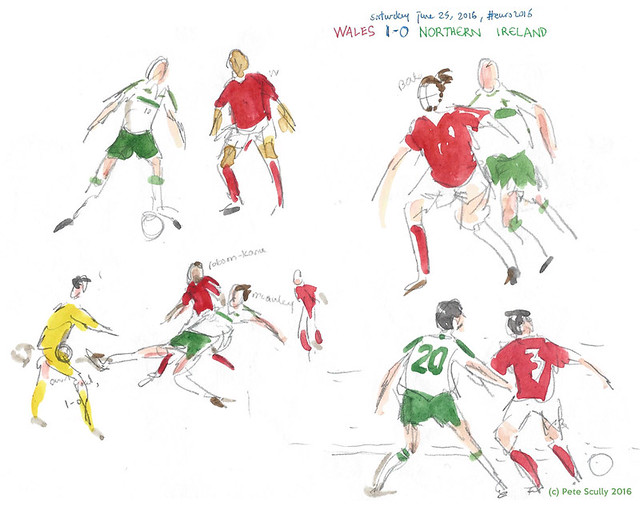 And finally, the UK smaller-two clash, Wales vs Northern Ireland. It’s like Ringo vs George Harrison, with Wales being George because they have Gareth Bale. My heart is in Ireland, and my Grandad was from Belfast so I supported the boys in green and white, but they could not hold on against the red dragons of Wales. The Welsh go through to the quarter finals to face Belgium as the only British team still in Europe. Another week and a half until the football distraction is over again. Please start soon, Premier League! 2016 needs you back!

5 thoughts on “how to leave europe”