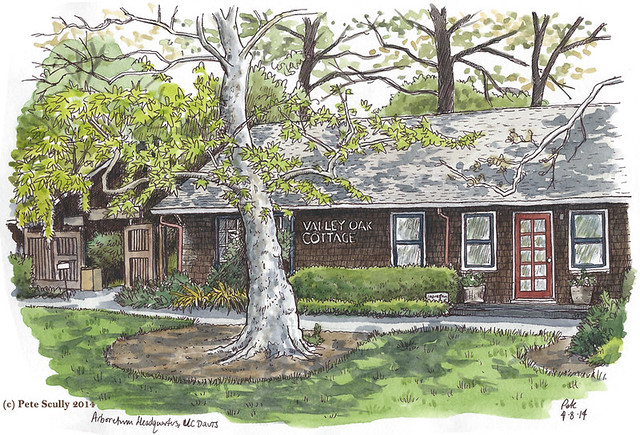 I am catching up, slowly. This is another one from UC Davis, Valley Oak Cottage, over at the Arboretum’s Headquarters. It’s a stones-throw from where I work (admittedly quite a big stones-throw, and no, campus health-and-safety officials, I don’t throw stones around to determine distance). Another one where I stood and drew all the ink on site but added the colour in later. I’ve had to do this a lot lately, rather than paint on site, because of three very important reasons. First, lunchtimes are limited and my level of detail is increasing. I do love drawing so much that the colouring in is just an afterthought. An important one but not as important to me as drawing on site, getting all the perspective in there, etc. I do prefer to add the colour from real life but I’m not all that with paint anyway. So basically, if I have a short amount of time I have to prioritize, then my priority is inkwork first. Also my sketchbook, the Stillman and Birn Alpha landscape, is bigger than I used to use and bigger sketches take longer. Second, lately I have actually been enjoying doing big complicated sketches in the daytime, and then having something to colour in at night while watching television. It’s like I’m drawing myself a colouring-in book. You have no idea how satisfying it feels. Actually its better when I draw superheroes rather than trees and buildings, but it’s still fun. Third, I actually lost my favourite little waterjar, then one I used for years, and then a couple of weeks ago I broke my only other favourite small waterjar, the back-up one, sketching at Picnic Day. It smashed all over the kerb, just before the marching band arrived, scattering broken glass all over where we were sitting, good job there Pete. So I need to get a new little jar, and then I can paint on site again. My previous experiments with waterbrushes didn’t really pay off for me. So there you have it. I must say though, it’s Spring and all the leaves are back, and, meh, I don’t like drawing foliage. 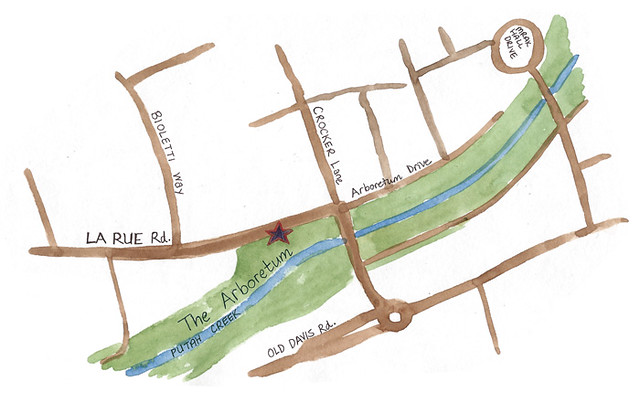 One thought on “into the valley”