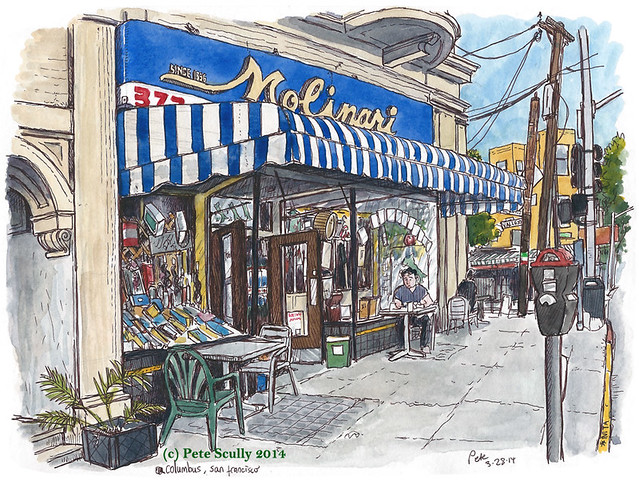 San Francisco, continued. I strolled down Columbus unto North Beach (well, I took the 30 bus, let’s be fair). I could sketch North Beach for ever, seriously. You can never run out of sketchable things. I passed by this old Italian deli, Molinari, and just couldn’t resist. For those of you who don’t know, this neighbourhood of San Francisco is traditionally very Italian. Italian flags are painted on many of the lamp-posts, and Italian restaurants post waiters on the sidewalk to pull in the tourists. Molinari has been around since 1896, making salami and other deli goods, on the corner of Vallejo and Columbus, and despite not having a great vantage point I stood on the edge of the pavement sketching as people bustled by. I really had to squeeze in, too! I added the colour later. I went inside and showed the people who worked there, I think they liked it. It was a lovely sunny Friday afternoon, and after this I went to my nearby hotel before heading out for some more sketching.

Oh, here is the map of the area! This will be a constant feature from now on, I promise. Until I get bored of the concept. 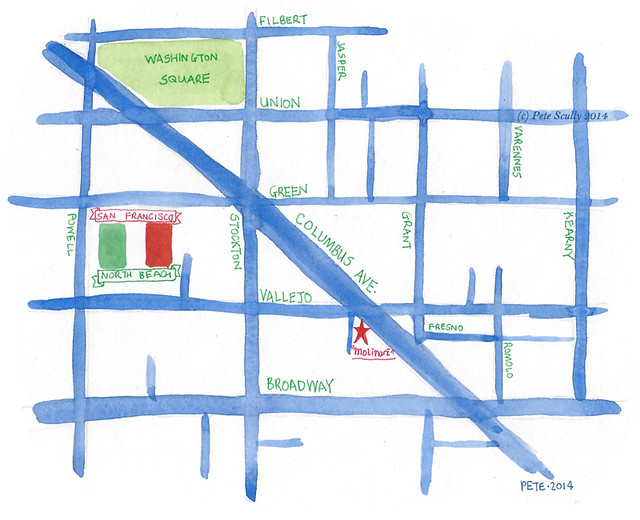