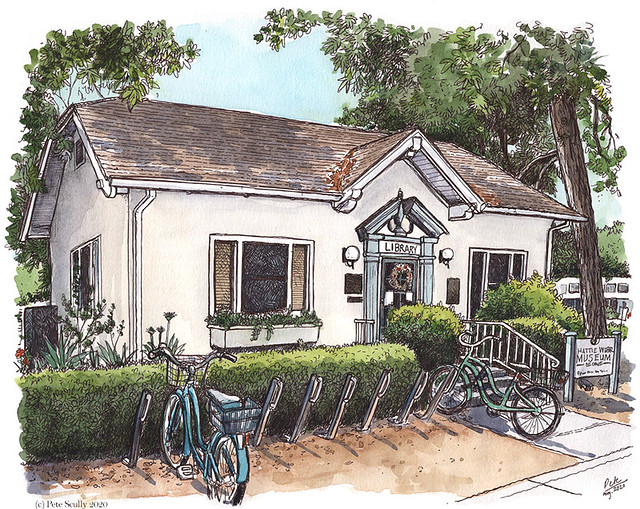 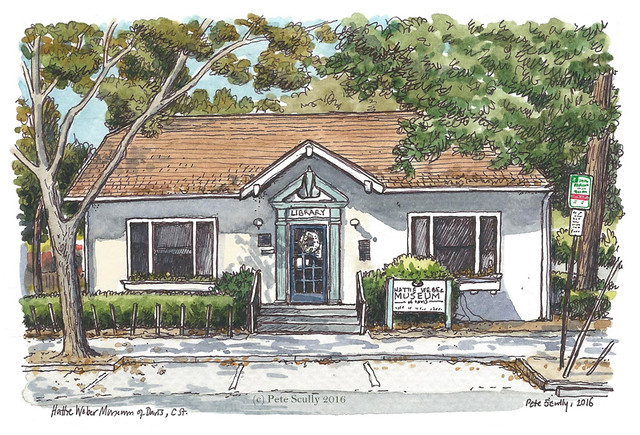 This is the Hattie Weber Museum of Davis on C Street. I have drawn it before, but this one was a request, and I always like drawing this place – it’s a very pleasant spot, especially at this time of year as the leaves start, if not actually changing, then forming groups to make inquiries about the prospect of thinking about changing. Summer is ending fast, Fall is here, and this was sketched on Labor Day, traditional boundary between summer and autumn. Well, in my mind anyway. and when I say tradition, I mean the last ten years. And not really the boundary, because it’s still really hot here, and the university is still in Summer Session. But schools are all in swing, and the Fall AYSO soccer season is now underway – I am coaching again. Busy times ahead!