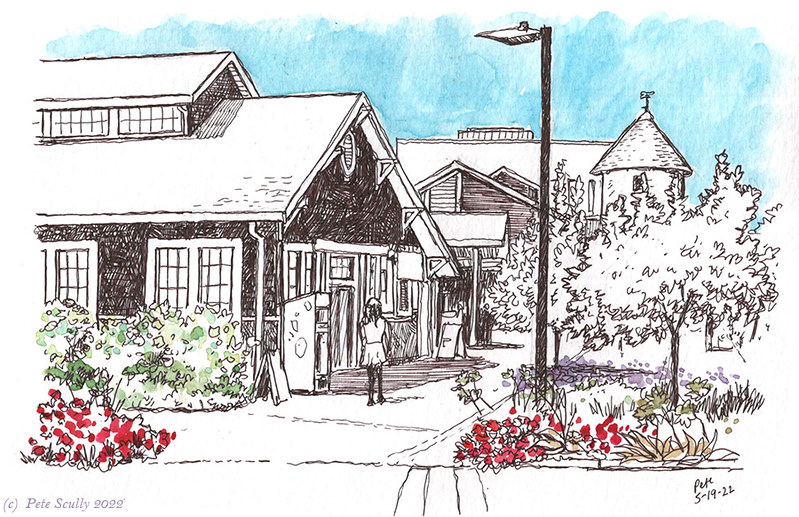 As I play catch-up on my sketch posts, I may as well do one of those where I just post a bunch of the drawings I did on campus in Spring all at once, so here they are. It’s probably a lazy way to do it, but it saves you from reading through all the stories I feel the need to write to go along with them (but you can skip by the stories anyway, I’m not actually very interesting). Above, that’s the Silo, which long term readers will recognize as I have drawn it before, like a million times. 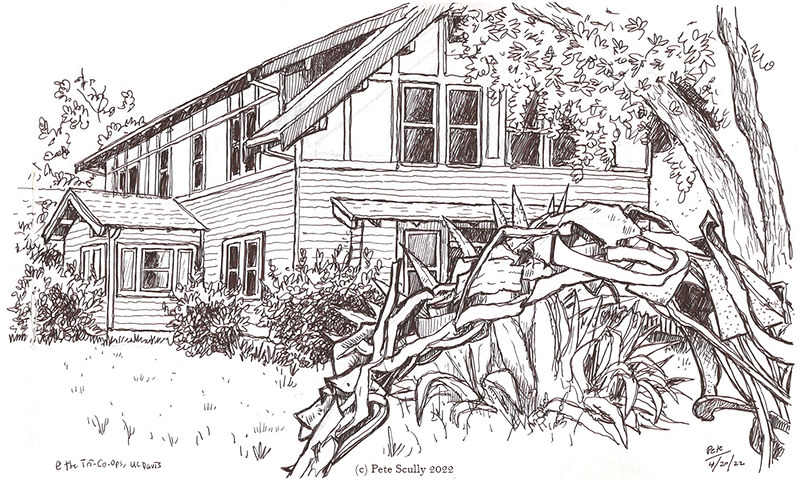 This next one, that was the Tri-Co-Ops, which I have drawn before but not as much as the Silo, so it still feels new. I’ve never drawn it with that spiky arched structure in front of it though. I suppose the structure isn’t actually spiky, it’s the plants behind it that make it look spiky. It’s made of metal and yeah, it looks interesting. 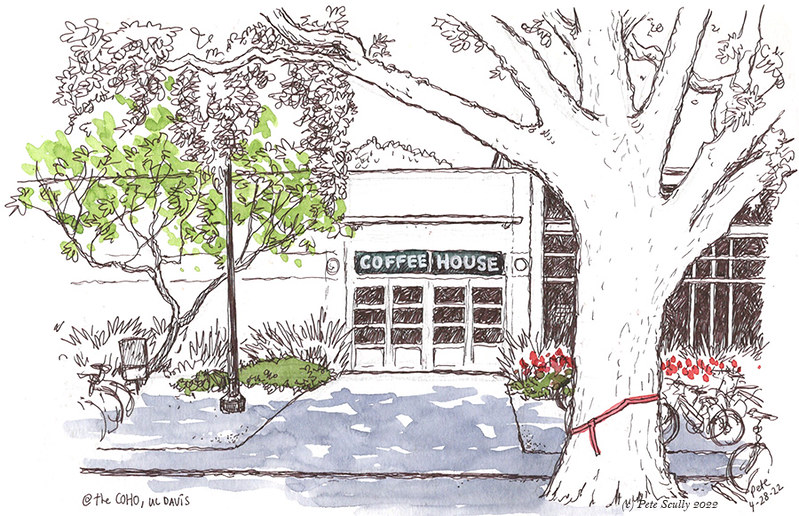 This is the UC Davis Coffee House, or CoHo as it’s more commonly known. This was one of those days where I just needed to sketch something but didn’t know what. I get a lot of those on campus. After all these years I’m often a bit uninspired for new things to draw. Sometimes I draw the same things in different ways, but if it’s something that requires a lot of thought like a ridiculous perspective, often I’m like, I need to eat, there’s not much lunchtime left, don’t want to do something that makes me think too hard. I was listening to a football podcast while drawing this. 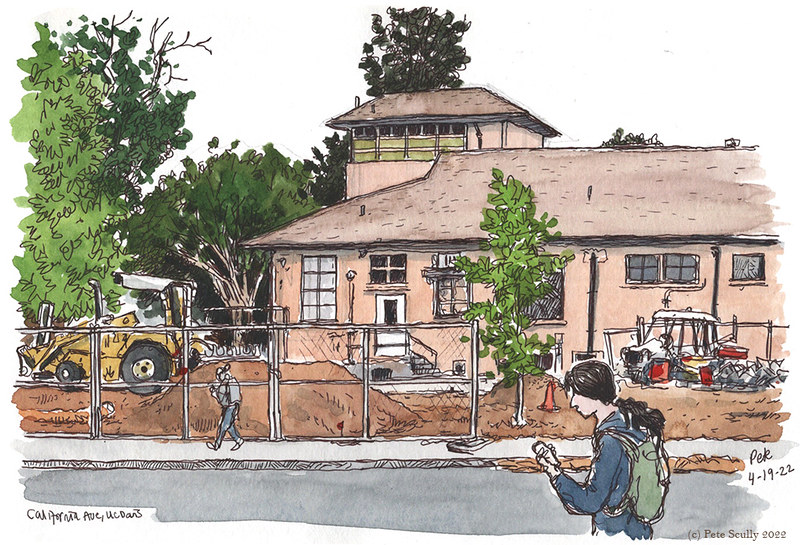 Another from April, this is along California Avenue, I cycle along here every day. They were doing some construction work, so I had to draw that because I can’t help myself. It looks different now already. There’s always some construction going on. Be nice if they constructed us a new building, we’re running out of space (us and the rest of this growing campus). I liked the people walking by eyes glued down at phones. The mind needs constant engagement, I get it. 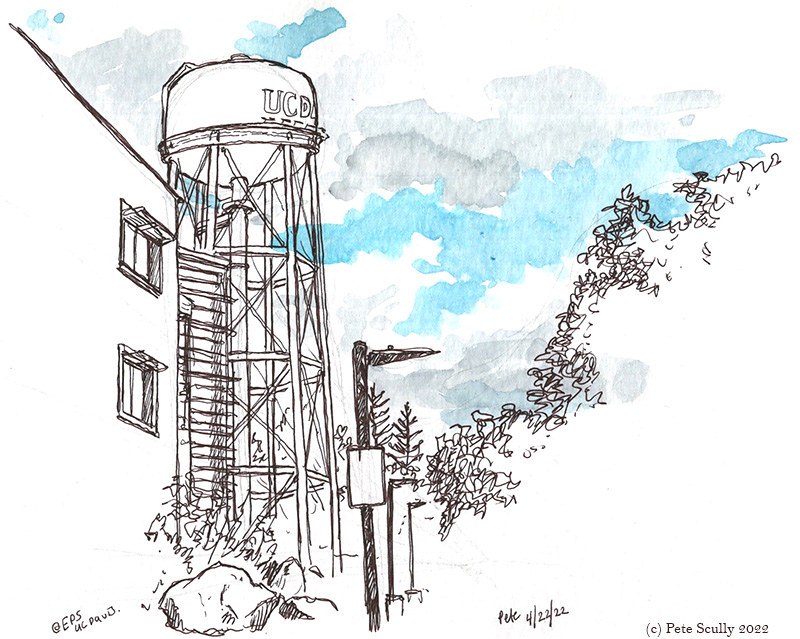 Finally, this is the Water Tower, drawn down by the Earth and Physical Sciences building. I was leading a lunchtime sketchcrawl event for the Sustainability Office (we’ve done that for a few years now, close to Earth Day), and I did have a couple of other quick sketches to go with this but this was the main one. Thanks for joining me on this brief campus outing. More sketches still to come…