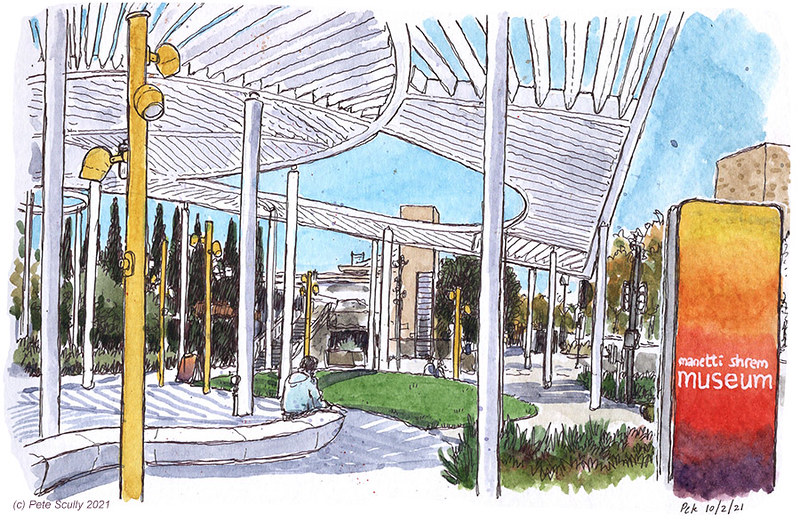 At the start of this month we held the latest ‘Let’s Draw Davis’ sketchcrawl at Vanderhoef Quad on the UC Davis, meeting outside the Manetti Shrem Museum. Long-time readers might recall that I drew the construction of this building and it’s complicated canopy back in 2015-16, and was invited to the grand opening where I was able to sketch the artists mingling in this great space. I didn’t sketch inside on this sketchcrawl, but I did attempt that canopy again on this sketchcrawl. There’s a lot to take in. I didn’t quite get the gradient from red to purple right on the big sign, I need to play with mixing watercolor gradients a bit. We had a good turnout, it is always fun to see other people sketching. 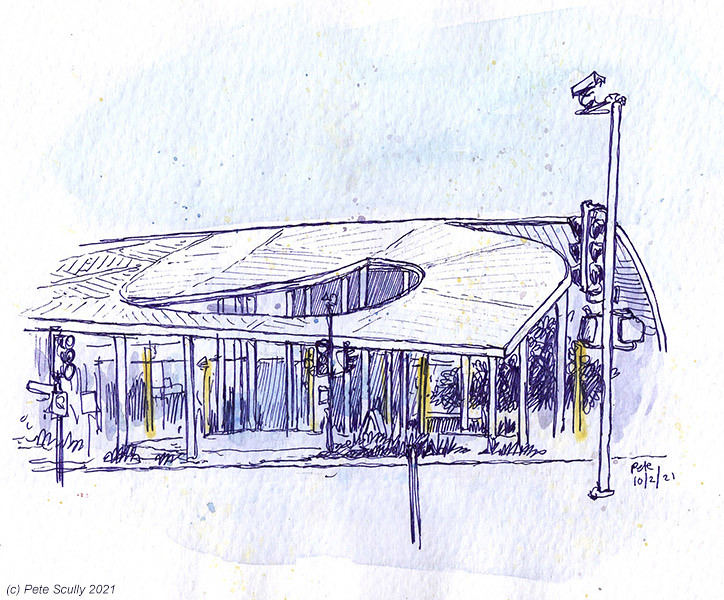 I drew a quicker sketch from across the street, using a purple pen. It was a pretty hot day, and there wasn’t anywhere to get a cold drink, it’s not a busy part of Davis on a weekend. I had been coaching soccer that morning at a game in Woodland (we drew 5-5; we had been 4-0 down, but came back to lead 5-4, but with about three minutes of stoppage time our opponents scored an equalizer in the last second. Exciting game!)

The last sketch I did was of the Buehler Alumni Center. I’ve only drawn this once as far as I recall, and that was a curvilinear sketch from about a decade or so ago. There it is below. I drew that in 2010, the years have flown. Anyway, we gathered again to look at each others’ sketchbooks and it was fun. 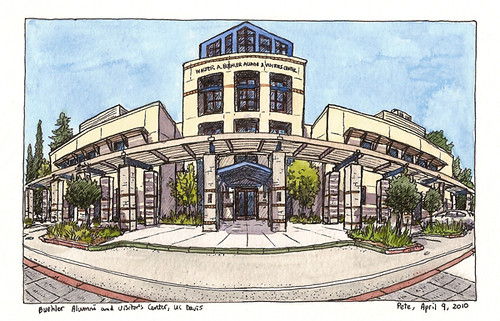