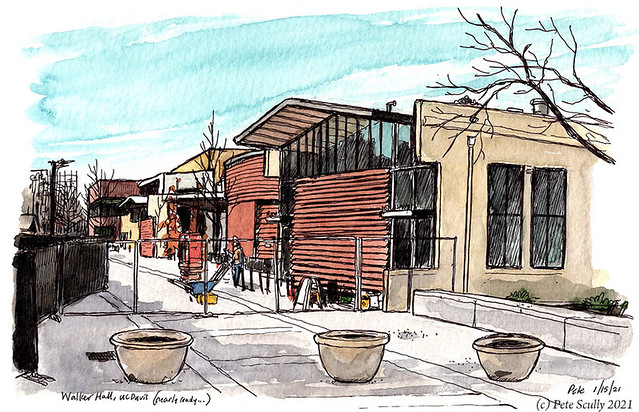 Regular listeners will recognize this building as Walker Hall, which has been under redevelopment for quite some time now on its way to becoming the new Graduate Center, which was slated to open in 2020 but looks set for 2021 now, unless you subscribe to the opinion that 2020 hasn’t really ended yet. (To be fair, 2016 only just ended yesterday). It’s starting to look quite different now and almost nearly ready, as a lot of the area in front of the building (I mean, the rear of the building, this is actually the rear, but I think it’s the front now) (a bit like Buckingham Palace, you know the part of the building we all see is technically the back? It doesn’t matter, it’s a building not a video game) has been paved and a lot of the construction huts are going, though it’s still all fenced off. The last time I went inside there was November 2018 when I got to draw the insides with a hard hat on (see: https://petescully.com/2019/01/28/inside-walker-hall/), which was very exciting, because your urban sketching street cred goes right up if you wear a hard hat. It has been fun to watch this whole building evolve (by the way I made a handy folder on Flickr to see all the drawings I’ve done of this building, for those who are interested: https://www.flickr.com/photos/petescully/albums/72157678149480548) but it will be nice to draw it from a different angle once again.

That said, here are a few sketches of this angle (usually stood on the steps of Shields Library) from over the past couple of years during the rebuild, for comparison. Funny how I usually draw it in January, and twice now on January 15th, which was the traditional Deadline Day for PhD applications when I was a grad coordinator. In fact it was the former Graduate Dean Jeff Gibeling that gave me the idea to draw the redevelopment back when plans for the new Graduate Center was first unveiled years ago, as I had been drawing the developments at the Pitzer and the Manetti Shrem at the time. It’s fun tracking changes in sketchbooks. 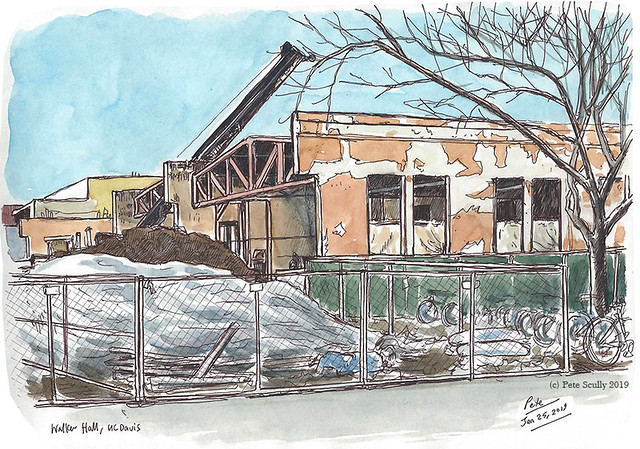 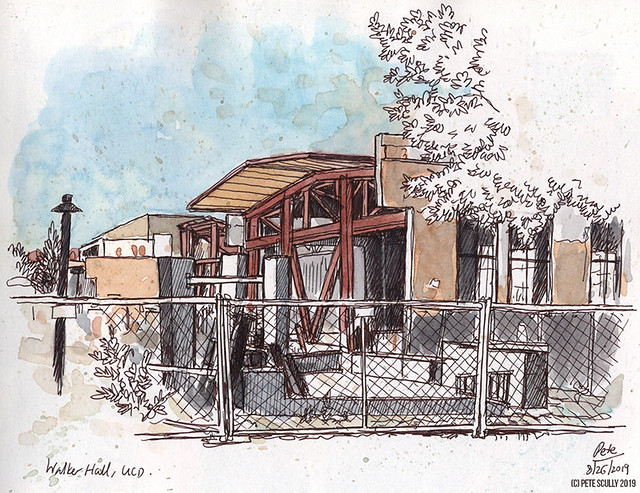 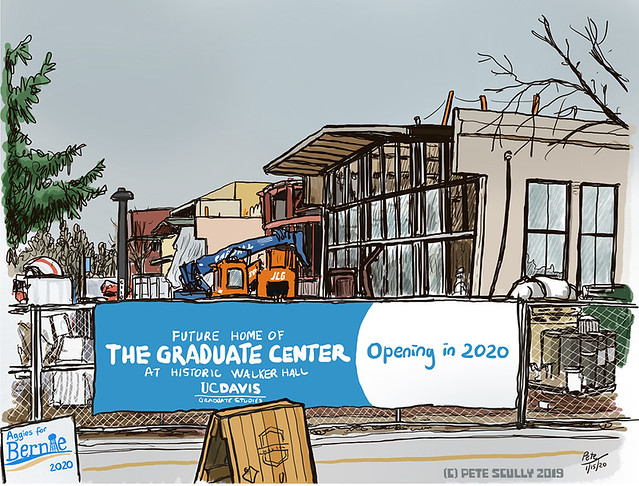