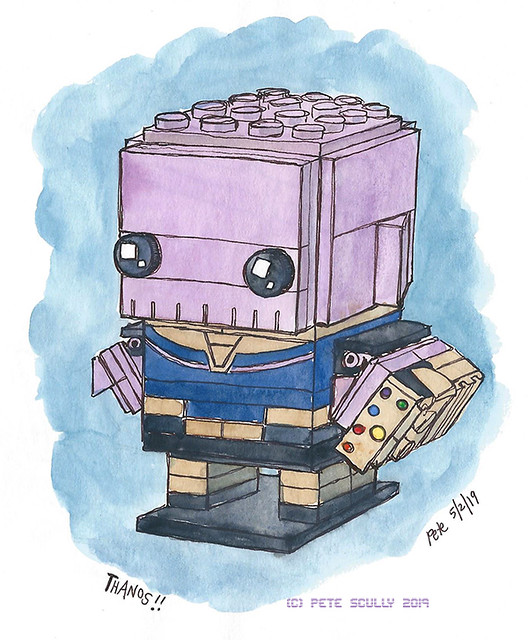 SPOILER ALERT!! I loved Avengers [SPOILER]! It was a great way to [SPOILER] [SPOILER] years of Marvel [SPOILER]. When [SPOILER] flew in and [SPOILER] [SPOILER] in like the first ten minutes I was like, WT[SPOILER]!  And what about [SPOILER] going all [SPOILER], eh, didn’t see that coming. I loved the [SPOILER] bit too. I can’t keep this up. At some point I will [SPOILER] [OK shut it now Pete] do an actual spoiler-filled post about Avengers, using the power of Lego to illustrate my points, and then maybe one about Star Wars, I’ve been meaning to Talk About That for a long time. Maybe I need to do a Playmobil-knight illustrated discussion of Game of Thrones. Did you watch that last episode, the penultimate one, the [SPOILER] one where [SPOILER] goes [SPOILER]? I think Danaerys Targaryan should have been told, it doesn’t matter, Manchester City beat Brighton anyway. Oh sorry, SPOILER for anyone who hasn’t seen the end of the 18-19 Premier League season yet. Anyway, here is a non-spoilery Lego Brickheadz figure of Thanos what I drew. I might go and see Endgame again tonight. I loved it the first time, quickest three hours I’ve ever spent in a cinema, and I loved it even more the second time.

One thought on “thanos the spoiler”