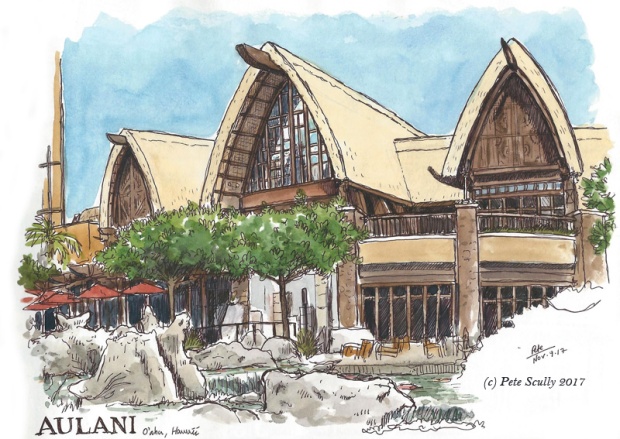 We left the incredible views of Waikiki behind and drove to our main destination, the Disney vacation resort of Aulani. We’ve wanted to go here for a while, and it was just as fun as expected. We spent most of the time in the pools, or specifically, the lazy river. Above, the main lobby building as seen from the ponds near the pool area. 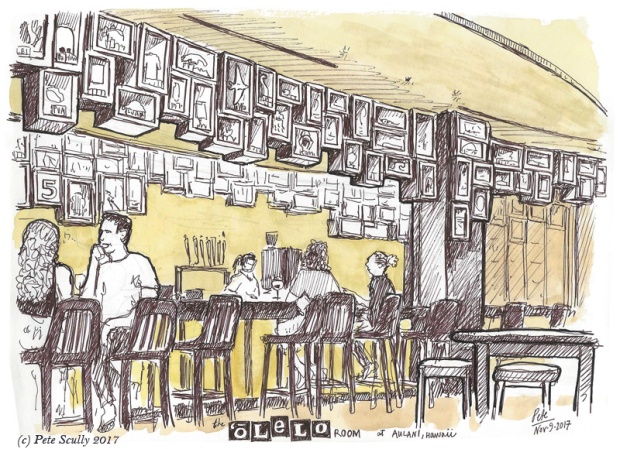 Above, the ‘Ōlelo Room, which is an interesting bar at the resort. It is dedicated to the Hawaiian language. “‘Ōlelo” is the Hawaiian word for “word”. All of those little wooden boxes contains an object and several blocks that make up a word in Hawaiian, so you can learn your vocab. I did buy a book so I could learn a little, but I haven’t gotten very far I’m afraid. I did know already that Hawaiian has no consonants that touch each other, but I never learned how to pronounce humuhumunukunukuapua‘a. Drinks were nice there (but no lava flow!) and the music came in from the terrace outside. We also had a nice meal overlooking the ocean at a restaurant called ‘Ama-Ama’, and there had a delicious Blue Hawaiian. But the best drink I had in Hawaii (even better than the Lava Flow, which was amazing) was at a restaurant across the street from Aulani called MonkeyPod, the drink was the MonkeyPod Mai Tai, it was freshly made and just delicious, maybe the tastiest drink I’ve ever had. I didn’t sketch that, but here’s a photo: 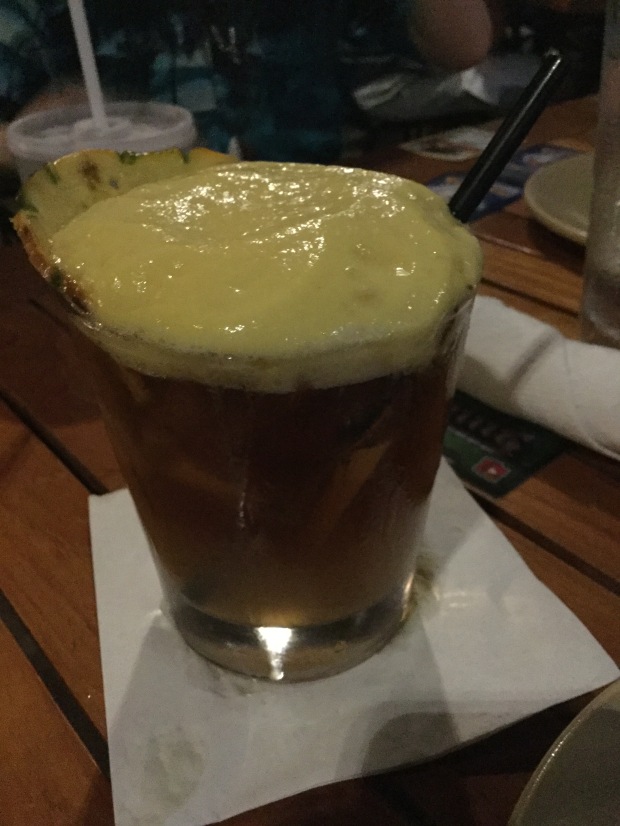 Just delicious. I did do some food sketching though, at a place near the North Shore called Teddy’s Bigger Burgers. I think it’s a local chain; the chicken burger was awesome. There were loads of surfers out at the North Shore that day. They even had a TV screen in the burger joint showing live footage of surfers out riding the waves. 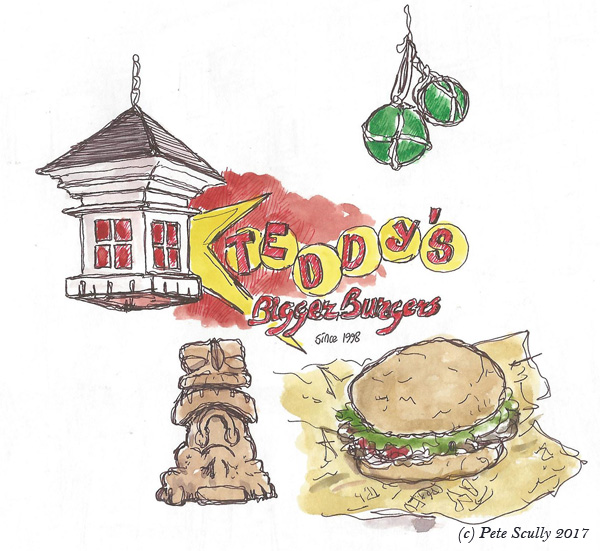 Yep, Hawaii was pretty stunning. I have a feeling we will be back. 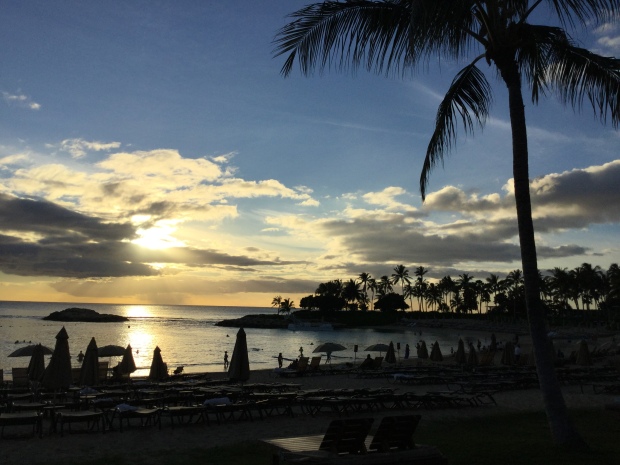 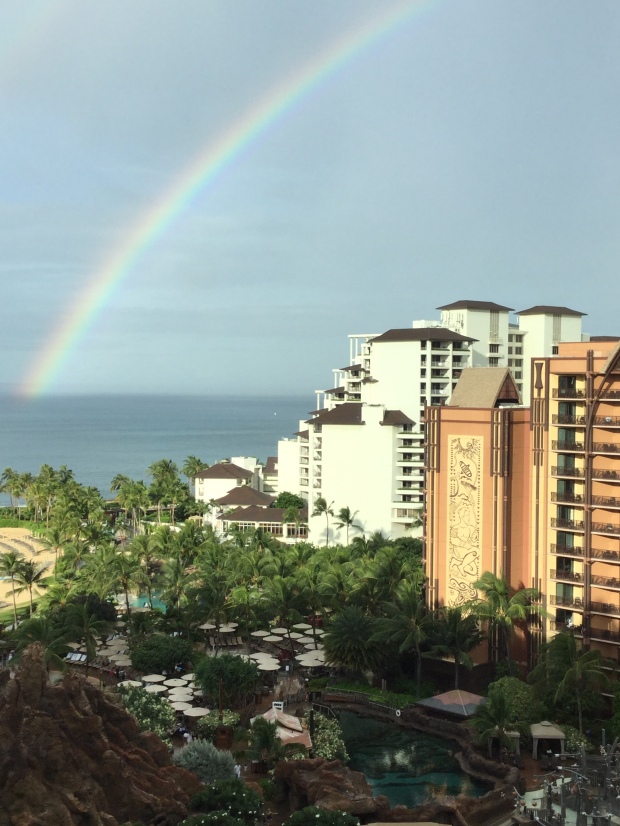