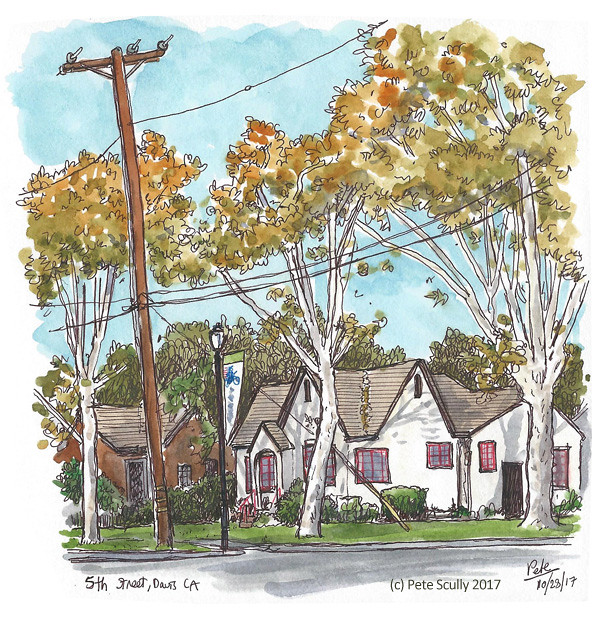 Ah, another big gap in posting. I promise I am busy as well as lazy. I’ve also not sketched as much, though I have been doing ‘Inktober’, that thing where you draw a picture in ink every day of October (interestingly enough I discovered that ‘October’ is originally the month where for 31 days people would use a different southern French word for “yes”, before that it was just called “Tober”, similarly this is how ‘November’ got its name, although it was Nonvember until scribes dropped the nasal almost silent ‘n’, before that it was just ‘Vember’, and no I don’t know where this is all going, I’m running myself into nonsense again, or is that no-sense? Forget all of this, I made it up). Inktober though, you get a list of 31 words and they are prompts to get you drawing every day. Good idea for inspiration. Despite it being October, one of the greatest months ever invented (cheers Rome! I guess), I didn’t do as much outside sketching, and all my Inktober efforts are actually just of Lego minifigures (you’ll have seen these if you’ve followed me on Instagram – where I’m called ‘pwscully’ because someone else is ‘petescully’, someone who has no posts and 1 follower). I’m going to post those up soon, I only scanned them in a couple of days ago. In the meantime, here is a sketch I managed to do on Saturday afternoon after a very long day of AYSO duties. I’d cycled downtown to get a haircut and came away empty-handed (or rather full-headed), as the barbers were packed. Must be haircut-tober or something. So I got a milkshake and sat on the sidewalk at the edge of Fifth Street to at least get a sketch in this overly warm late October weather. I have drawn this scene a few times before, and the leaves are all crisping up into their proper autumnal colours. Mood lately has been tired, stressed, a bit deflated, uninspired. Sketching helps with that.

So does getting a haircut. I finally did a couple of days ago, and Tottenham beat Real Madrid 3-1 in the Champions League on the same day, so those two things have improved my mood massively. Roll on November!