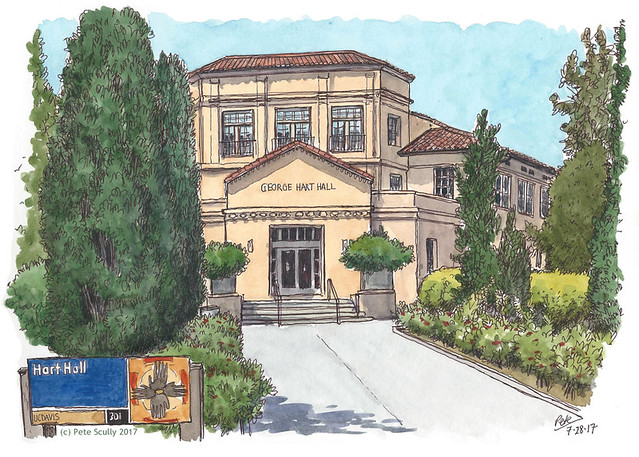 Felt it was time for a new sketch of Hart Hall. It’s one of the more sketchable buildings on campus. The weather has been very hot lately, hitting at least 90 every day (and well over 100 for many of them), a little unbearable. These long hot Davis summers don’t seem to be getting any shorter or cooler.

Here are a few of my older sketches of this building. This one is from 2008, also sketched in a long hot summer. I was still getting used to the long hot summers then. 2008, feels a lifetime ago now. 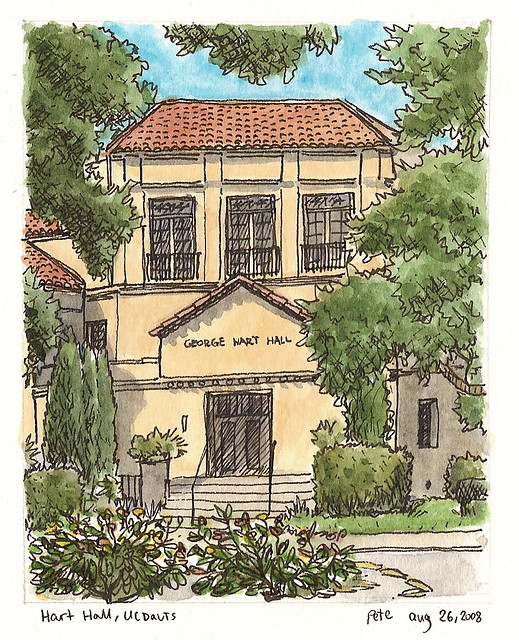 This one is from March 2014, with a still fairly leafless tree in the foreground. 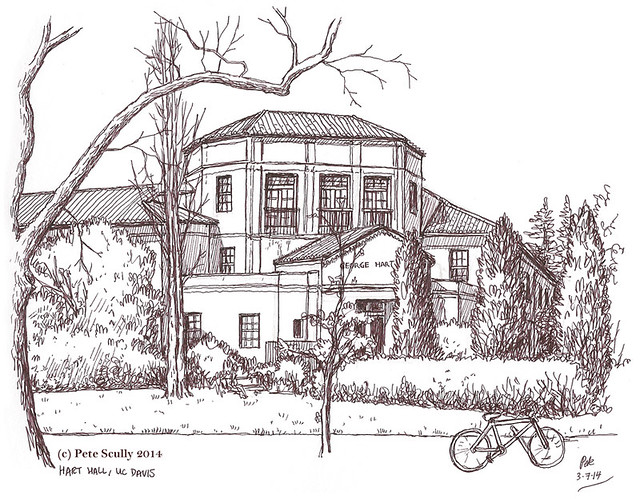 And this one is six years old, May 2011, not officially summer yet but still bloody hot, I’ll bet. 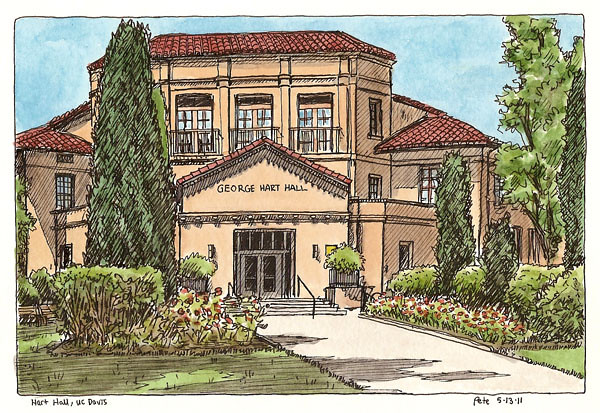