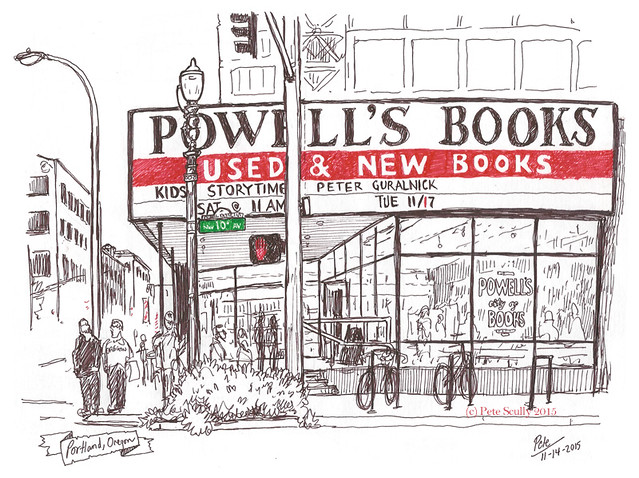 A couple of weeks ago my wife and I took a couple of days in Portland, to do all the Portlandy things like eat and drink and look at books, see some old friends, oh and dress up as pirates. I’ll post my Swashbucklers Ball sketches soon. On the Saturday we wandered about downtown, checking off the list (food, check, beer, check, shops, check, voodoo doughnuts, check), and I got a little bit of sketching in before heading back to rest at the hotel (before putting the pirate costume on). I really like Powell’s Books, the block-sized independent bookstore between the Pearl District and Downtown. (I couldn’t find my new book there though…) We had spent an hour or so of the evening before mooching around in there, so this time I wanted to sketch it. I’ve sketched it before, but that sign is so iconic. 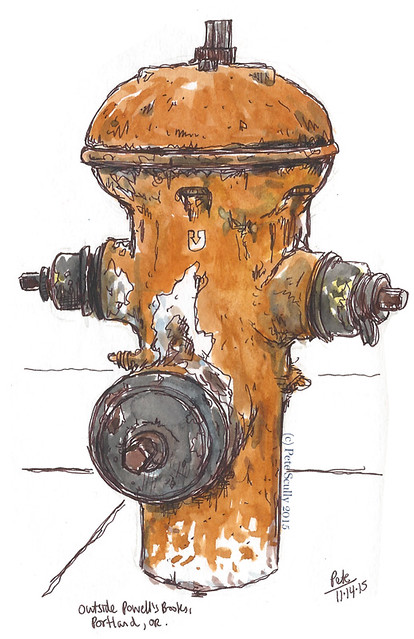 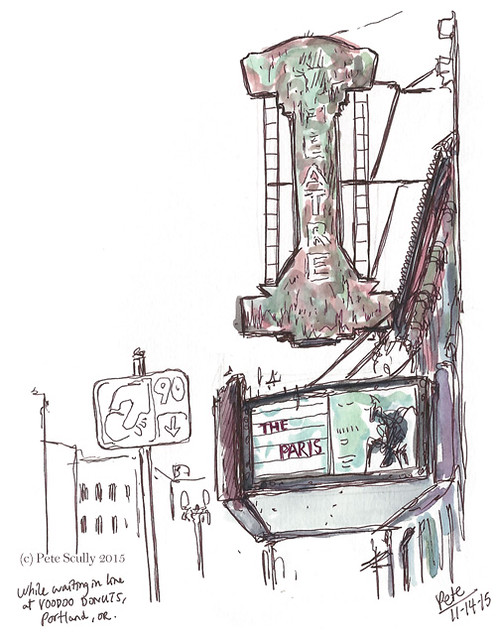 And this one was sketched fairly quickly while standing in line at Voodoo Doughnuts. We were in line for about twenty minutes, and there was a group of college basketball players behind us in the queue, who were fascinated by the drawing. A nice group of lads, all out in their tracksuits (and watched over by Coach), my wife took a picture of them all when they finally got their doughnuts. Voodoo is a great place. I love Portland, and every trip is too short! I want to go back again…

After an evening in the company of pirates, a lazy Sunday in downtown Portland. I didn’t go anywhere new or explore too much, just did what I enjoy – eating en plein air, going to Powell’s books, lining up for doughnuts and sketching a bridge. Many of the food carts weren’t open, including the delicious Thai one I ate from last year (“I Like Thai Food”, and I really do), but I grabbed a curry lunch from one (it was so-so, but really filling) before pottering off to Powell’s. I love Powell’s Books, you could get lost in there forever, and in fact you should. The bookstore covers an entire block. I love the smell of bookstores. After getting a t-shirt and a pint glass (I am such a tourist) I did another touristy thing and went to line up at Voodoo Doughnuts.

Well, naturally I sketched it first – the linework anyhow, I added the colour later. I stood across the street and tried to guess how long it would take me to queue up for doughnuts by figuring out each person’s position, but after fifteen minutes I realised that line was actually two lines, doubling up on each other. Ah, so longer than I though. I lined up anyway (it too about twenty minutes or so; I had to endure the touristy family in front of me being all touristy, unlike me huh) and eventually got to choose my doughnuts. Despite all that time in line I still couldn’t quite make my mind up so just spent down what little cash I had left and carried away a big pink box to take back to Davis. As I got myself together outside a man passing beamed, “ooh did you get a dozen?” I was confused (stranger in street starting conversation, does not compute) and replied, “er, dunno, I just said words and they gave me a box of things,” which made a lot of sense I’m sure. I was tired. So I headed to the river, always a good place to start or finish a trip, and sketched a bridge. 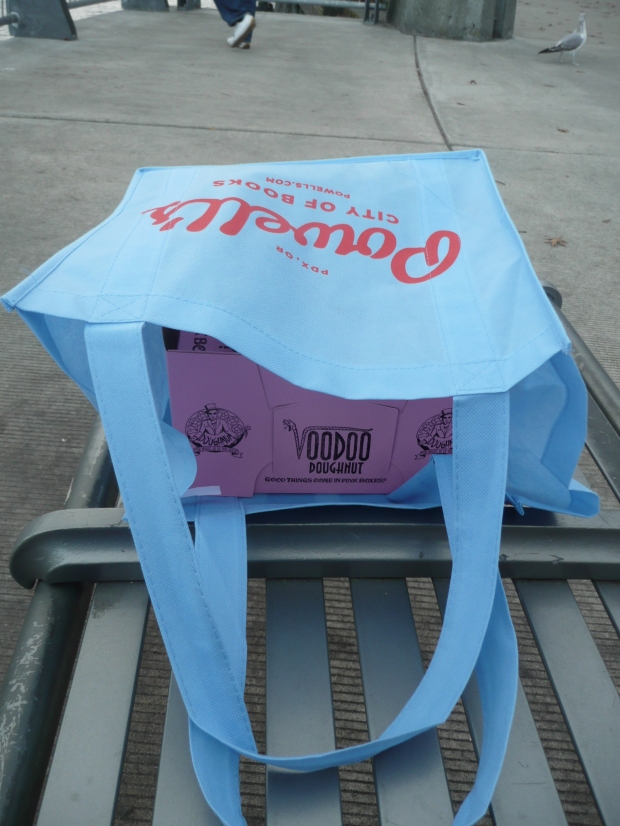 I have been using a Seawhite of Brighton sketchbook I bought in London, it was cheap and the paper is smoother. But there has been something about it which is just not quite right, sure the watercolours don’t take the same way as with my watercolour Moleskines, but I don’t know, something’s been feeling a bit off. Anyway I brought with me a new sketchbook, a brand new landscape-size Alpha book from Stillman and Birn. I love the Alpha paper, but have been waiting for the right moment to start this one, so I used it to draw the Burnside Bridge (see below). It was a joy t use! Even though I didn’t add any paint to this one, it’s lovely paper to sketch on, though not smooth like the other book I was using it’s more to what I am used to. 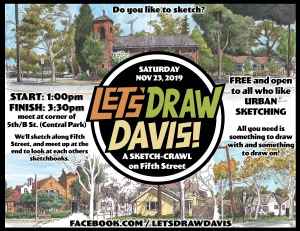