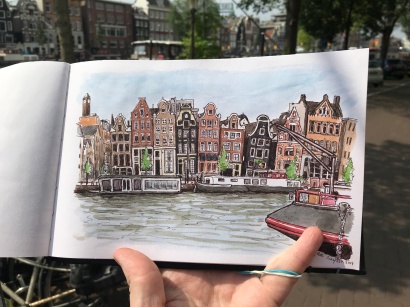 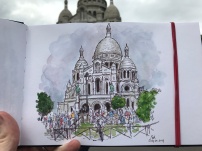 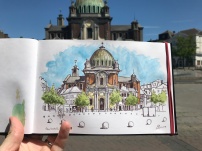 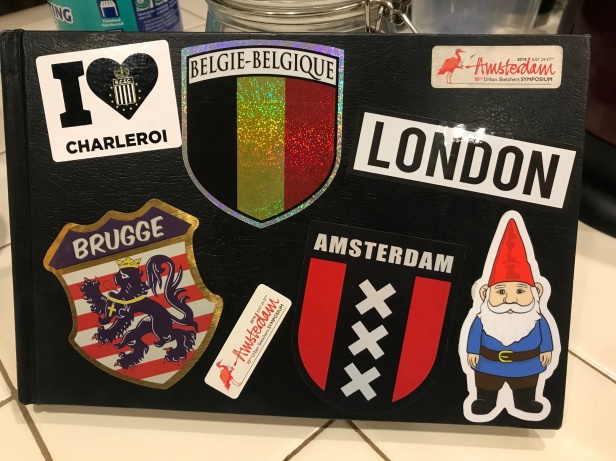 I’ve just returned from a long trip to Europe, to France, Belgium, Holland and of course to England. I was in Amsterdam for the 10th Urban Sketching Symposium – it’s come a long, long way since the first symposium in Portland in 2010. I was in Belgium, visiting five cities. I was in Paris, and then later in Disneyland Paris, which I enjoyed a lot more than I expected. I was back home in London, which had its highs and lows, but we got to see a game at the new Spurs stadium. I filled a sketchbook, and started drawing with some new materials (Zebra brush pens, Nero pencils). It was hot, very hot. I had a lot of different foods, a lot of different beers, and lots of fresh juice from Holland. I stayed in eight beds (including six different hotels), took eleven trains, four planes (including one first class across the Atlantic – more on that later!). I have a lot of sketches to scan. This will take a long time, so the stories will have to wait before I post them here, but I hope you tune back in to catch up with me on my summer travel. It was a journey alright, in a lot of ways, and I definitely learned a lot. If you travel and do not learn, you may as well stay on the couch. But now I’m back in Davis, preparing to get back to work, proper work, I have a couple of drawings I need to draw, a workshop proposal I need to write, soccer coaching plans I need to prepare, maps to draw, sketchcrawls to plan, and explore some other new art-based ideas I had while I was gone. The rest of 2019 is going to fly by.