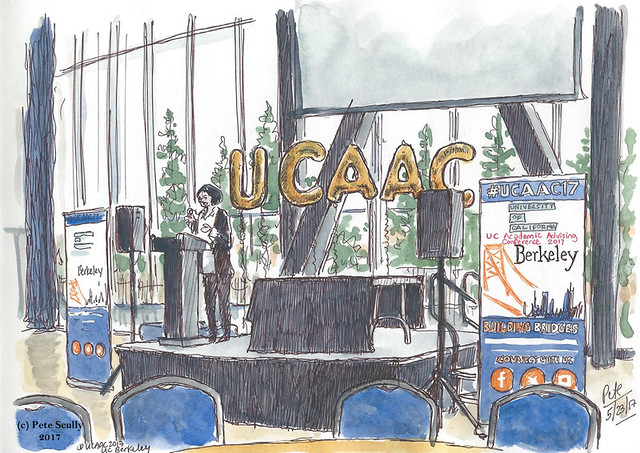 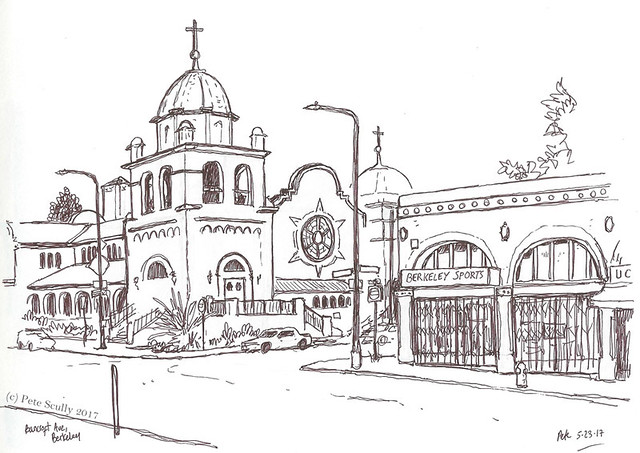 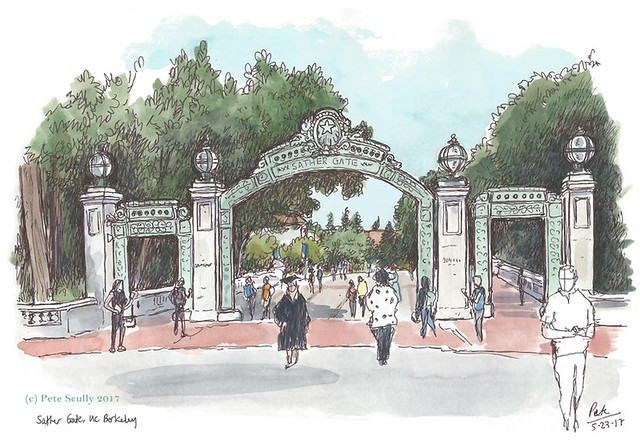 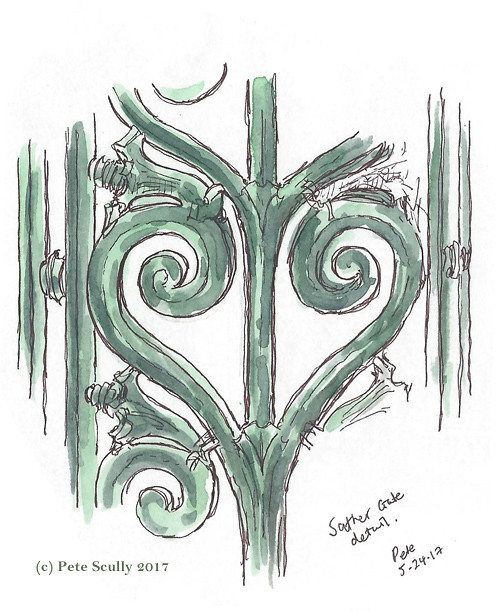 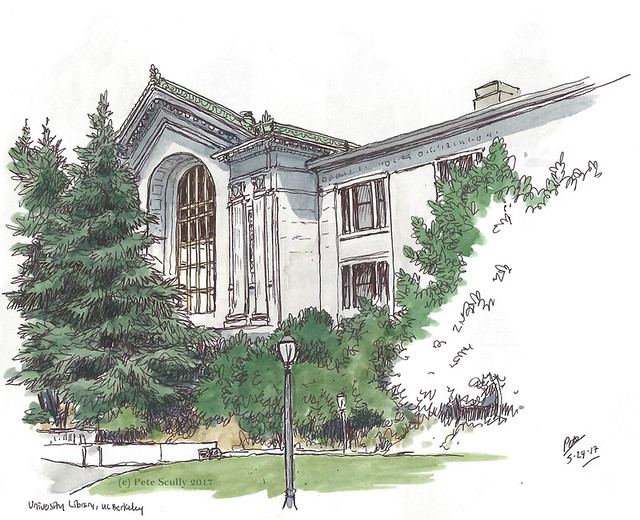 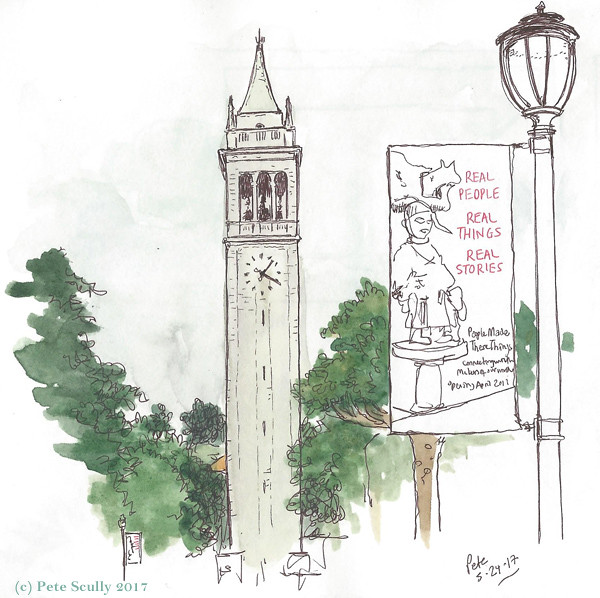 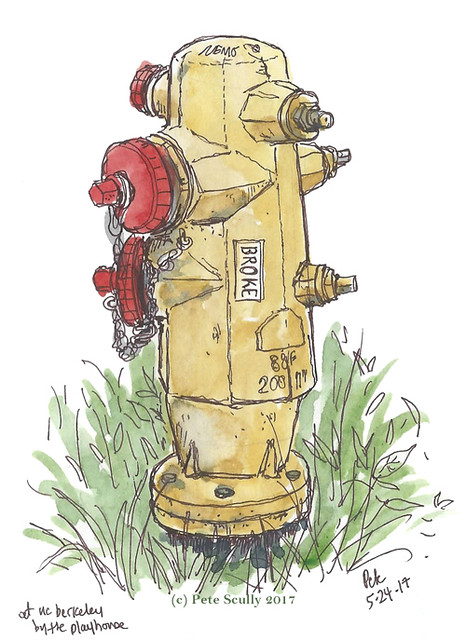 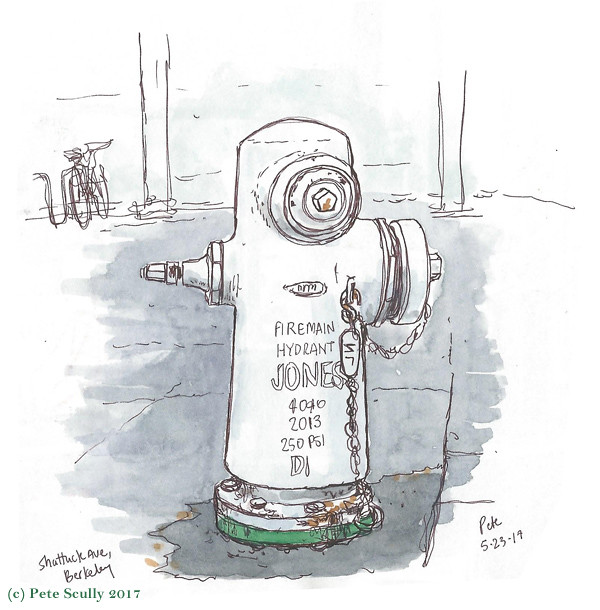 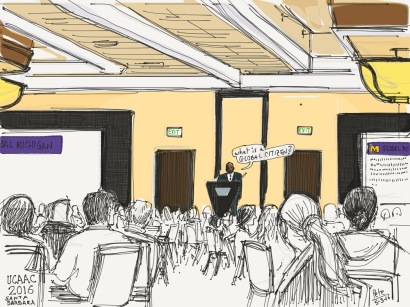 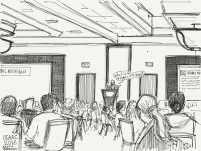 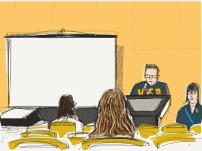 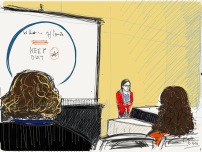 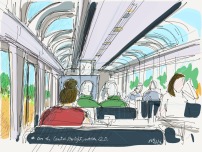 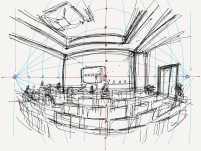 Here are a few different types of sketches from the recent UCAAC in Santa Barbara. I don’t know if they need to be presented in this odd tiled fashion that WordPress has but I quite like it; click on the images to get a bigger view. I’ve been trying to use my iPad Mini to sketch, using an app called Paper by 53. Digital sketching is a whole new ball game and I am very much learning as I go along. I have a little stylus, nothing fancy, it just has a soft rubbery nib. It’s not an expensive iPencil and this isn’t a top of the range iPad Air or a Surface Pro or any of that. There is a very slight lag in time when making my digital marks and working out what the different tools do, the few there are, is interesting. It’s different from the stuff I do in MS Paint, which is more pixel by pixel football shirts, and quite unusual compared to using actual paper and actual pens but it is relatively quick, coloring in using big blocks of colour is intensely fun, you can go back if you accidentally put a big thick turquoise line through the middle (yeah, touchscreens) and you don’t need to scan them. Hey, you DON’T NEED TO SCAN THEM! That is actually huge. Literally years of my life have been lost crouched over my scanner pressing sketchbooks against glass while a slowly moving light trundles underneath me. But I’m a digital beginner, and still exploring, tentatively. If you need any tips…well, there are more experienced digital sketchers out there, but I hope you like these. I’ll enjoy looking back on these early efforts in years to come. The big one is the keynote speaker of the conference, Lester P. Monts of the University of Michigan, who gave a very interesting talk about being a Global Citizen. I included the pre-coloured-in version of that sketch so you can see what it looked like before the colourful blocks were added. The other sketches, two are very quick ones of breakout sessions I attended, and then there is a quick sketch of a curvilinear grid with a sketch of the room I was in (I won’t say the session but it was less fun than some of the others, I was starting to think about going to the pool). The other sketch is one I did in the observation carriage of the Amtrak Coastal Starlight train I took from Davis to Santa Barbara. Fun times!
May 15, 20158 Comments 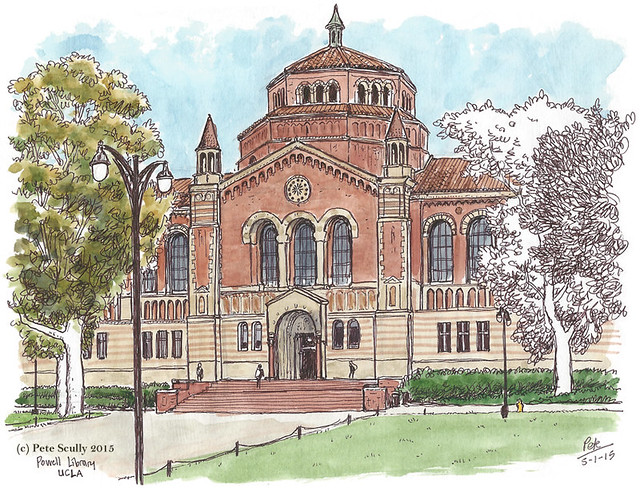 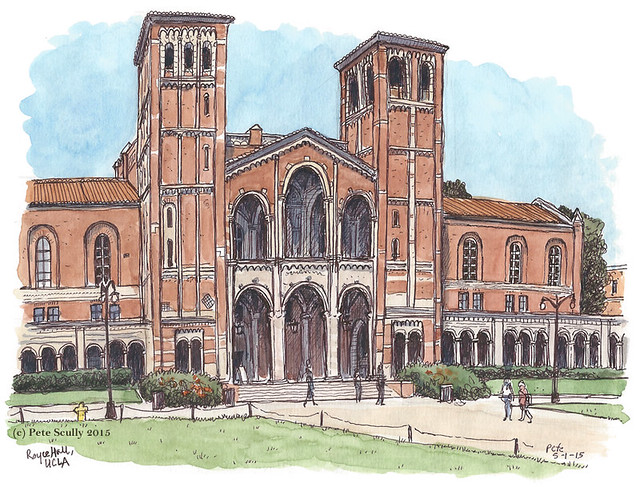 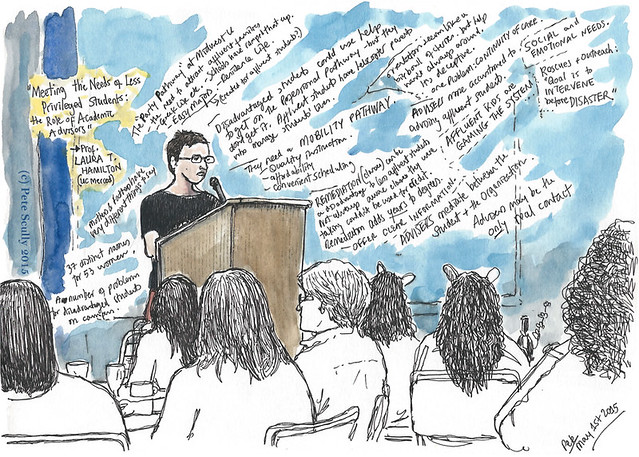 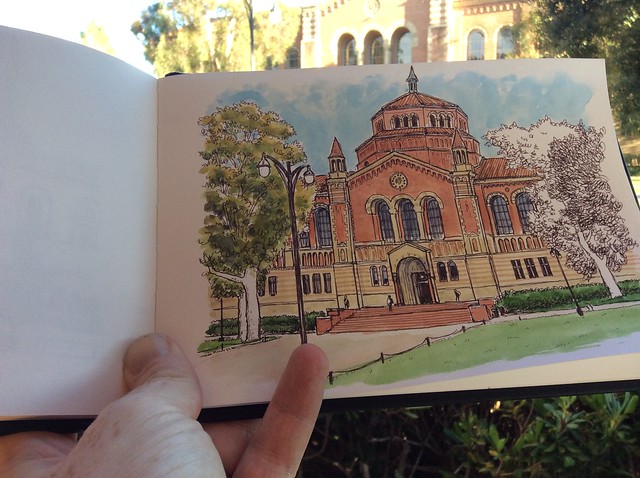 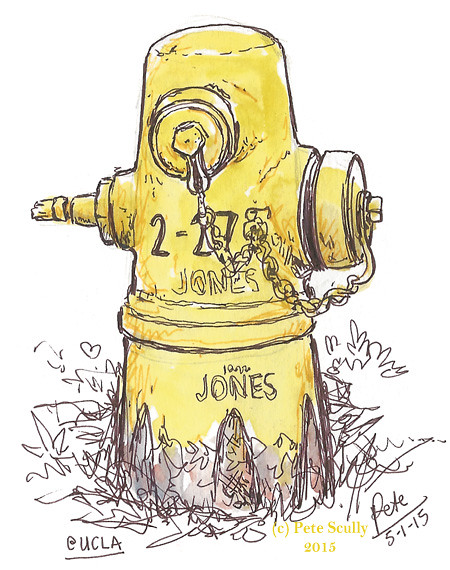 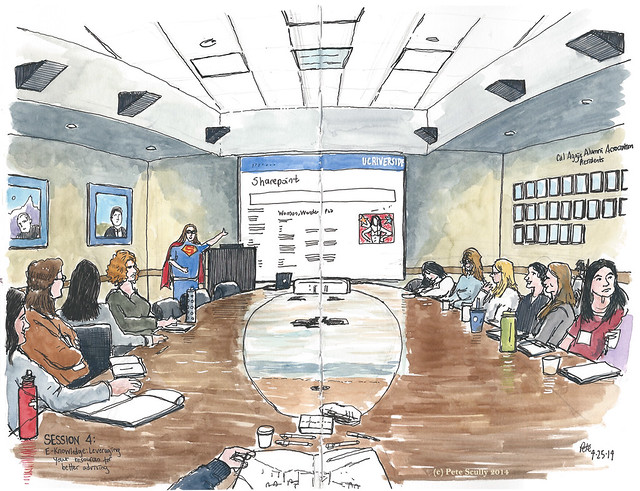 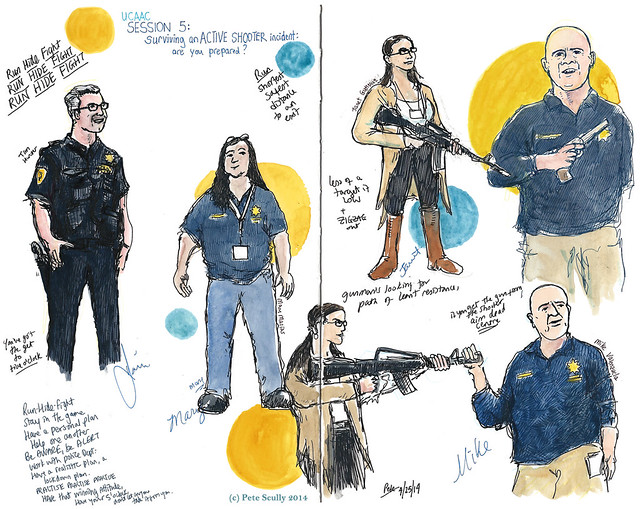 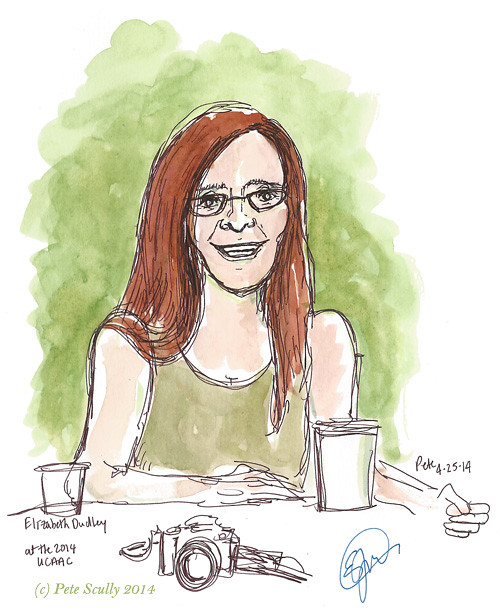 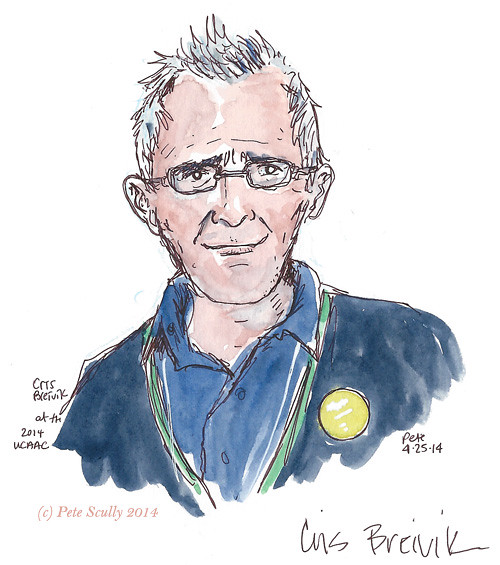