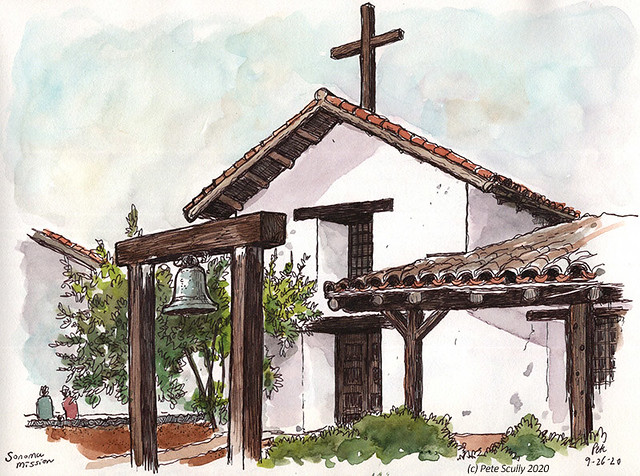 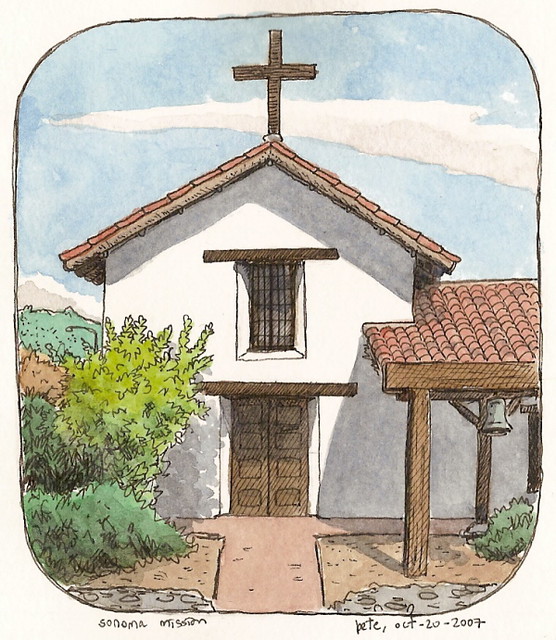 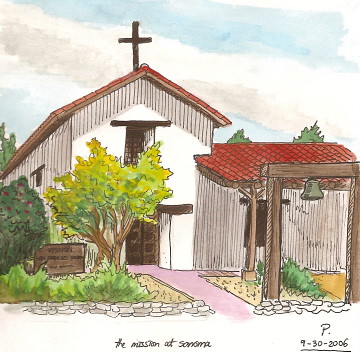 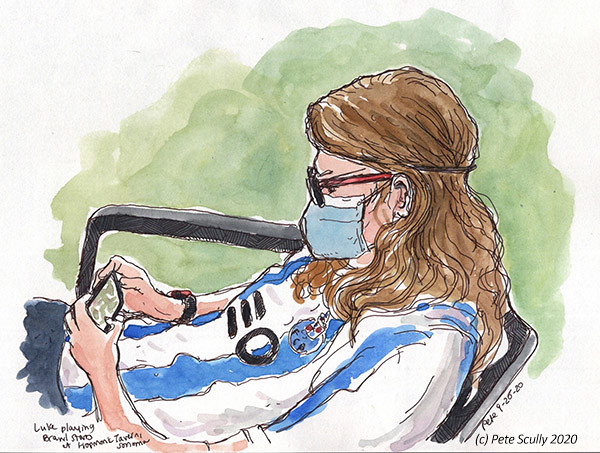 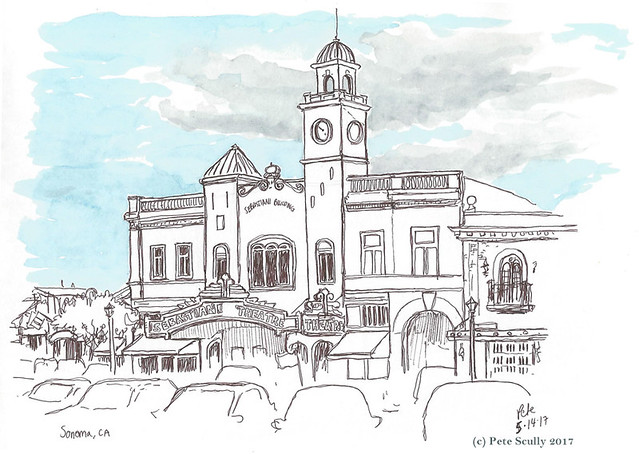 Last month on Mother’s Day we went to Sonoma and had a family lunch. While the kids were playing in the park and the ladies were talking I went to sketch the Sebastiani Theatre building, which I last drew 10 years ago. I like Sonoma. It reminds me of the first time I visited California, and my girlfriend (now wife) was housesitting her friends’ house there for a few days. I remember the amazing cheese from the cheese shop, and the delicious wine. Drinking nice wine with cheese made me feel like I’d made it. I’d previously lived in France of course, where both items are in abundance, but had only ever had the cheap plonk from Super U and could never get through the door of the cheese shop in Aix for the whacking smell. I’ve always liked Sonoma though, and always enjoy going back. Oh, and here is a fire hydrant. 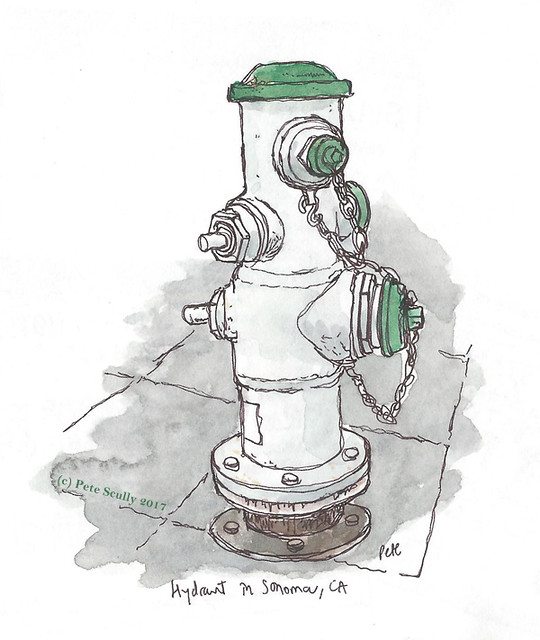 In all the years we’ve been living here in CA and passing through the wine country region on the way to Santa Rosa, I’ve always wanted to sketch this old diner with this amazing old truck parked out front. I was never sure exactly where it was on that road we’ve driven down a hundred times, just one more place we pass. On Easter Sunday, on the drive back, my wife suggested that we stop, so I was finally able to add it to my Moleskine. This is the Fremont Diner, on the outskirts of Sonoma, a town I have always loved. It was raining, and the diner was closed, so we sat in the car, my wife read a magazine while I sketched. One day I’d like to eat here. Apparently they do ‘fried pies’. Sketched in dark brown uniball signo um-151 pen with watercolour, in a watercolour Moleskine.