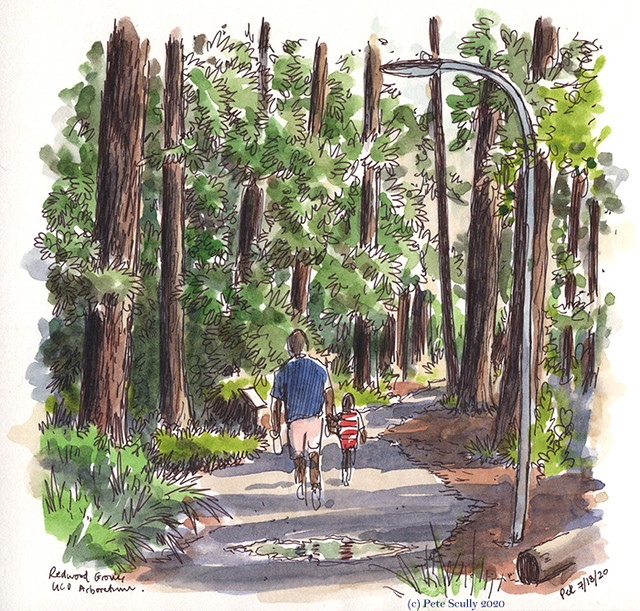 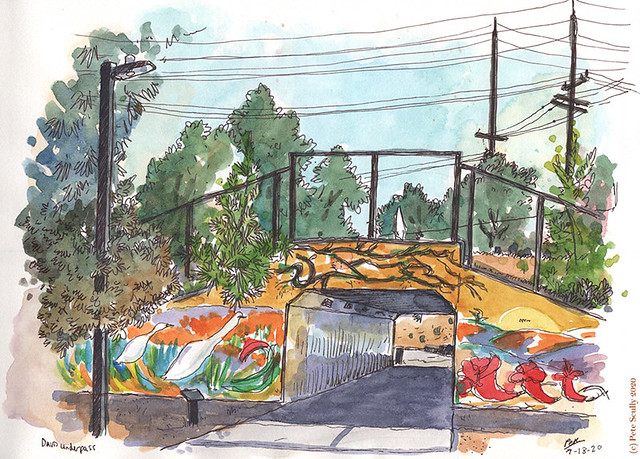 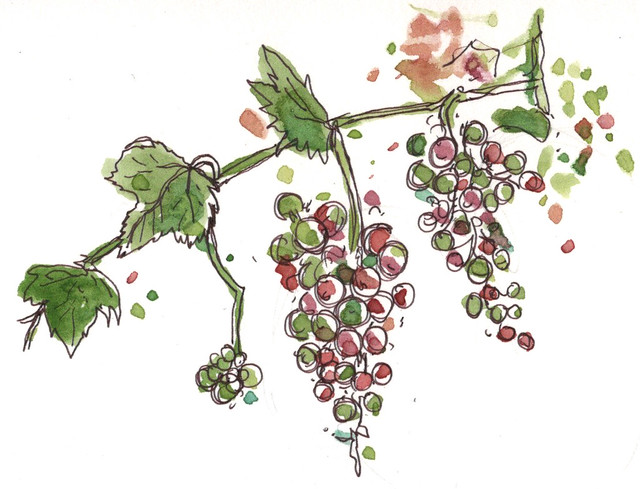 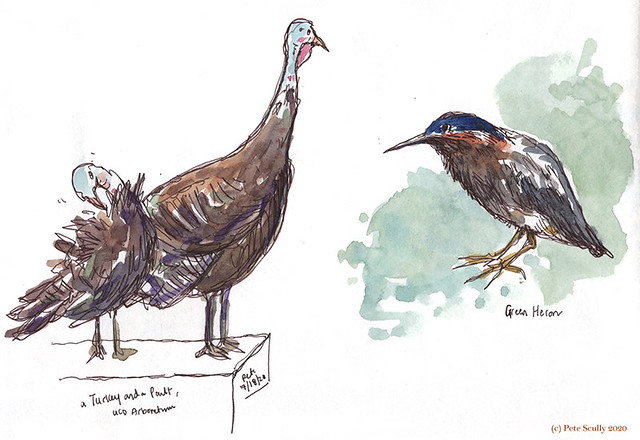 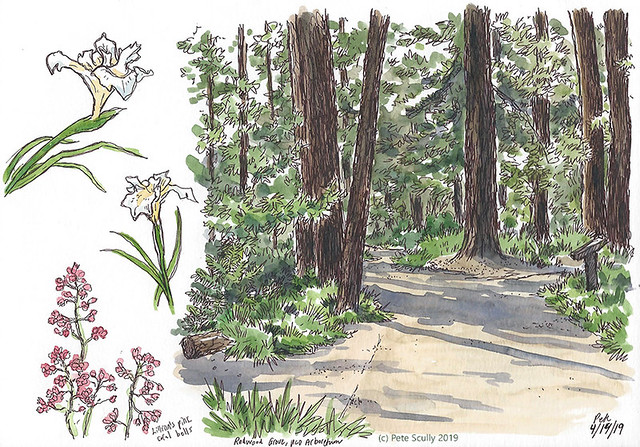 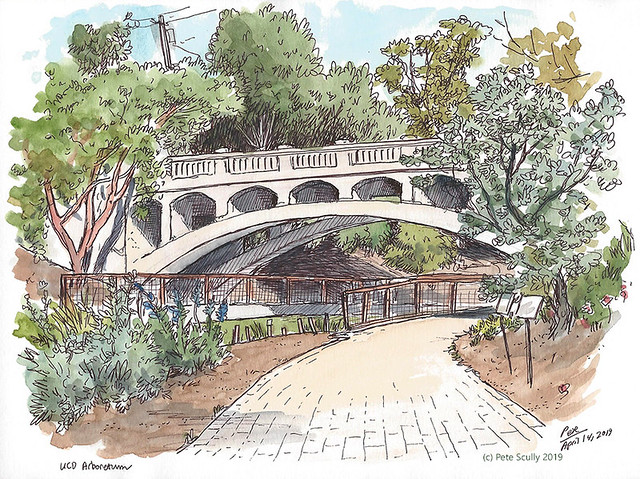 The final sketches of the Arboretum sketchcrawl, this is the Redwood Grove. These redwoods are only about fifty years old, tiny little things really, I barely noticed them. It’s quite a peaceful place, the redwood grove,, running along the creek. Redwoods grow naturally in the coastal ranges, not in the Central Valley. Ewoks are nowhere to be seen. You may notice, hidden somewhere in the above picture, that there was a photoshoot going on, with a young woman dressed like Alice (of Wonderland fame).

It was nice to see the Arboretum with so many sketchers dotted around, people stopping and watching us, seeing what we were drawing. Personally, when I see others out drawing, I want to draw things myself, so hopefully it had that same effect on people. Hopefully, someone saw us and decided, I like drawing, I’m going to get a sketchbook and go and draw some of my town myself, maybe even go on the next sketchcrawl? Well, the next Worldwide Sketchcrawl is in just over a week – April 16th. I’ll not be organizing a Davis one on that day (I’ll be joining the San Francisco crawl, in the Mission) but that day is also Picnic Day, so a great excuse for you to bring a sketchbook and sketch Davis’s big annual celebration.

Below, the sketchers who remained till the end: Dick, Tom, Jenny and Marlene. They all produced some great work! We had about thirteen sketchers in total that day, and it was a really nice afternoon. thanks to all those who came along – the next Let’s Draw Davis sketchcrawl will be in May (likely the 14th), at the Farmers Market. See you next time!