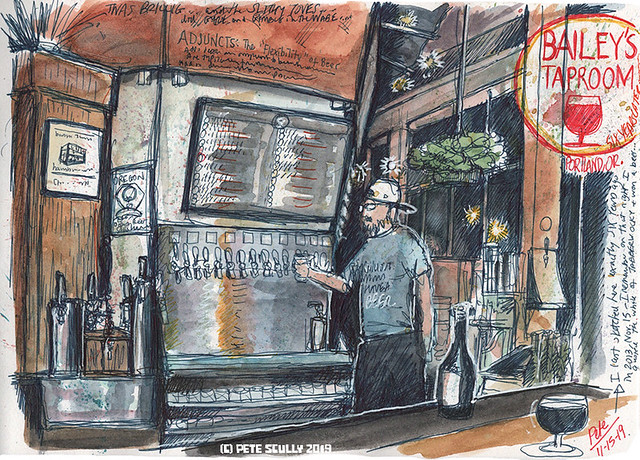 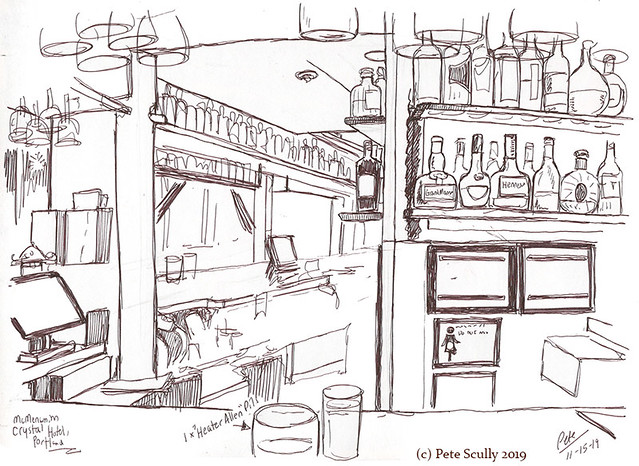 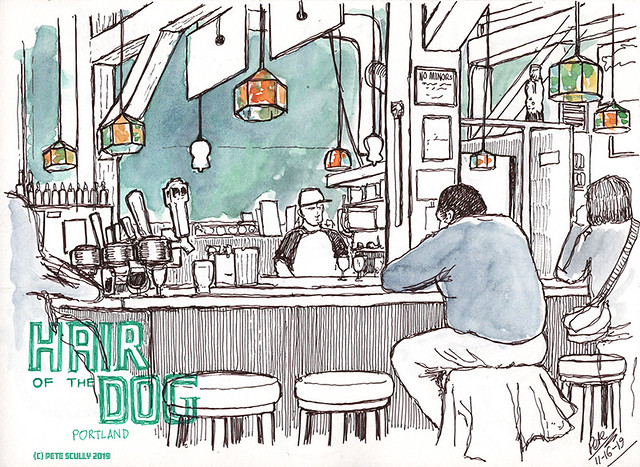 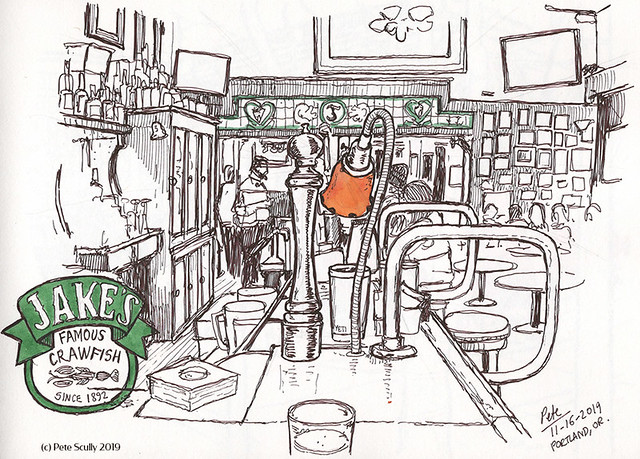 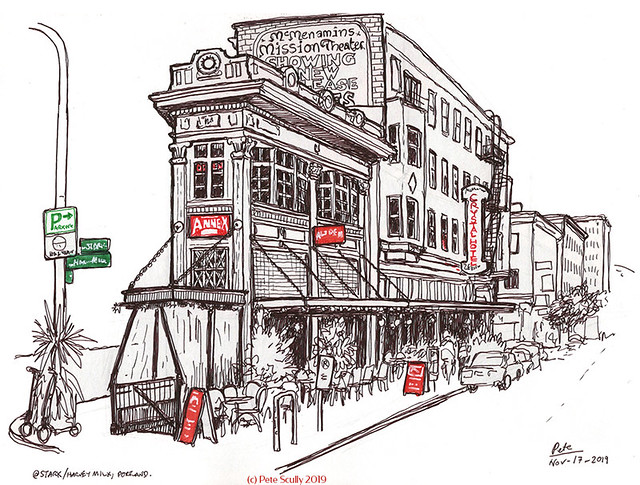 Oh, the sketching stops for no one. Day One of the Symposium was not over yet. Still, I had a chance to relax in the hotel with some noodles and a cup of tea. I looked out of the window and drew part of the view opposite while talking on the phone. Then, as the evening came, I copied the sunset onto some brown paper and pottered off to Powell’s Books. Wow! What a place! I didn’t sketch there, I was too busy looking at books. That place is huge, a bookshop lover’s dream. A little while before, I had visited Reading Frenzy, to catch up on some of Portland’s well-known zine culture. I bought one local zine, and I really enjoyed it. I’ve considered (because it’s been suggested) that I turn some of my series into zines, and that is on the table in the foreseeable future, so it was good to see what other people are doing out there.

And so on to Portland’s famous beer culture. I stopped into Deschutes Brewery, where several other Urban Sketchers were already camped out, and caught up on some great conversation and a few more attempts at people-sketching. Below are Lapin, Don Colley from Chicago, and Frank Ching.

Don and I went on to Jake’s Crawfish for a beer and a last sketch of the day. It was an interesting looking place and we both sketched the same scene. His work is great, very dramatic and full of life, and he sketches in a huge old book filled with incredible drawings. It was a pleasure to watch him sketch and learn from him.

Exhausted, i got back to the hotel and posted a photo of the day one sketchbook. Phew! And there were still two more days of full-on sketching to come…