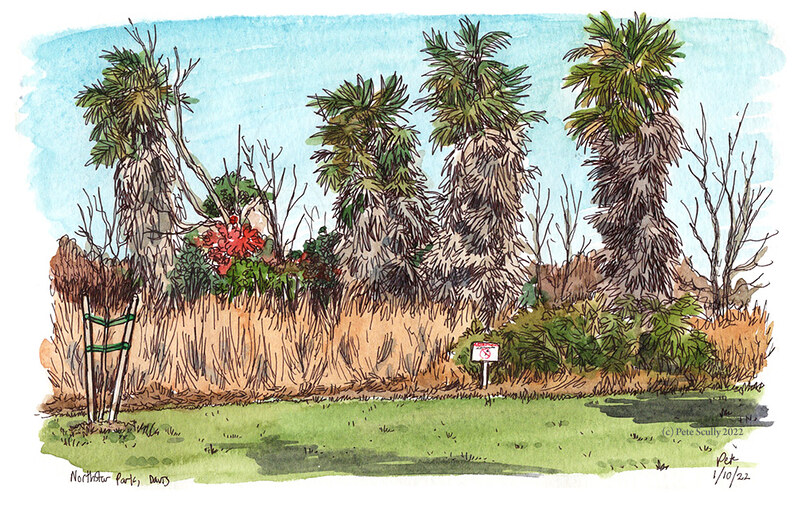 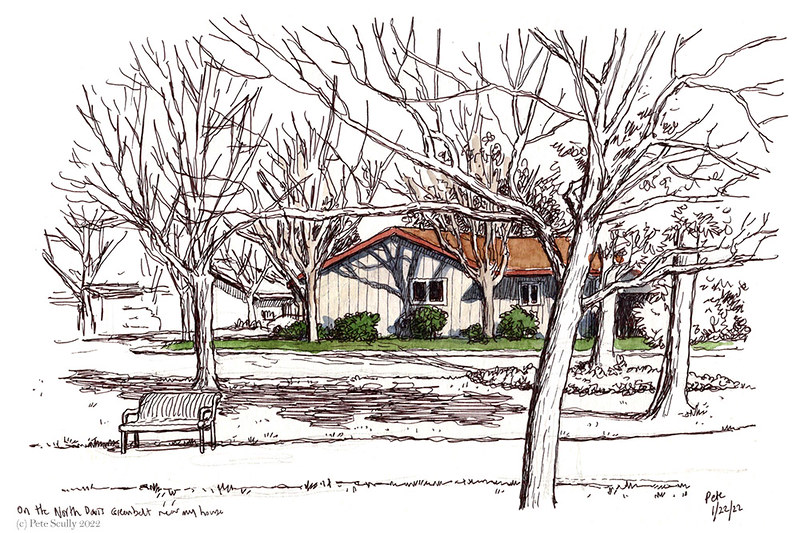 We live near the North Davis Green Belt, and that’s where I walk or run most days. I started running a little bit in 2019 but after the Turkey Trot I picked it up a lot more by the start of 2020, intending to do all these 5k races, and I did the Davis Stampede no sweat and signed up for the Lucky Run, and then coronovirus came along and that was that. So I started running more in general, as if training for these runs that were not going to happen, building up to not just 3 mile but 4 mile runs (I never managed further than that), improving my times each time, usually getting up and running just after sunrise so the hot weather wouldn’t drain me. And then when the fires came and the sky got smoky from August to October, that stopped all of that, and it’s taken me a bit of time to get back to running regularly, but as 2020 ended I decided to get back out more, and I’ve been doing 2 mile runs each time, not fast, but as regularly as I can. I managed a 3 mile run yesterday. It’s the shower afterwards I look forward to most. I couldn’t run marathons, at least I don’t see that in my future, mostly because I don’t want to. Running for more than 26 miles! At some point it’s like, ok this is a bit pointless. At least, this year’s London marathon looked a bit pointless. Due to the coronavirus, rather than being an epic journey in the rain through the streets of Britain’s capital dressed as a kiwi fruit, crossing over Tower Bridge, doing the Lambeth Walk, going down the Strand, having a banana and running up the Mall to Buck House, this year they just had a few proper runner starting before dawn and just running round and round and round St.James’s Park like the Indy 500 or something. They told everyone else they had to run virtually, in their own areas, dressed up as mangoes or peaches or whatever. You do feel great after a good run though, even when not dressed as a fruit, and with all the fun stuff in the world happening,  running helps because it’s like you are trying to outrun it, like Brave Sir Robin. “Run away! Run away!” You have to be mindful on the paths though, trying to keep a good distance from everyone else, so I always end up verging off when there are people on the path. I remember early in the pandemic, everybody gave everybody a wide berth, people crossed the street or went around parked cars. That was my favourite time in the pandemic, people crossing the street to avoid you, it was like “finally this is ok”. Back then, they told everyone to stay home, so there were suddenly more people outside walking than ever.

Anyway I drew that sketch above whilst walking the Green Belt, I was stood off of the path and on the grass, I like this intersection of several paths and that big old wooden house in the background. This is probably my favourite sketch of this year so far, I like this one. It reminds me of all the walks we’ve done this year. 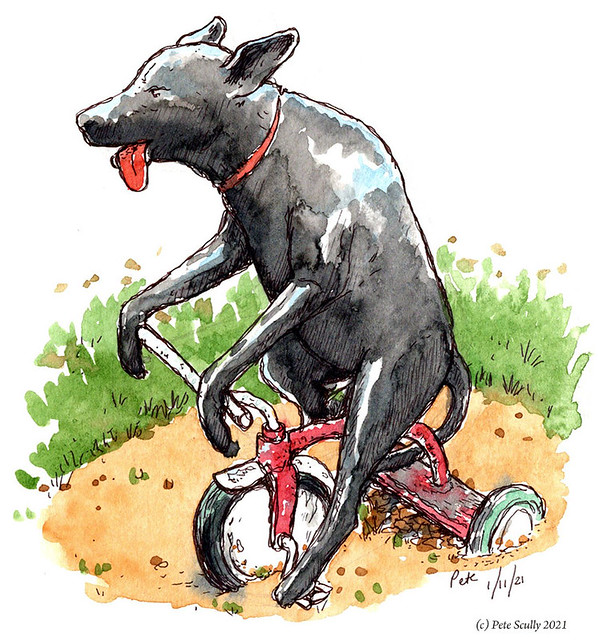 This isn’t a real dog, it’s one that was turned into metal by a wizard or something, probably because it was off its leash. Riding a tricycle. Or as Yoda would call them, a docycle. Bit of Star Wars humour there, cheer us up in these dark times. These trying times. Or as Yoda would call them… Down below is another sketch from the path, this time of a neon yellow sign, indicating “bike” “person” “go down left slightly”, not necessarily in that order. Along with another sign lower down that says “wear a mask” “stay 6ft apart” and “wash your hands”, not necessarily in that order. I like the shape of that building in the background, it’s like an opera house made of cereal boxes. I like the way it forms triangles or as Yoda would call them etc and so on. Honestly Yoda give it a break mate, it’s been a difficult year for everyone without you giving it all that. I haven’t even got the energy to shoehorn in a joke about this week’s impeachment trial or as Yoda would call it impeachment do-al (the joke there being ‘dual’ impeachment I suppose?) because we’re done with the Yoda stuff now. 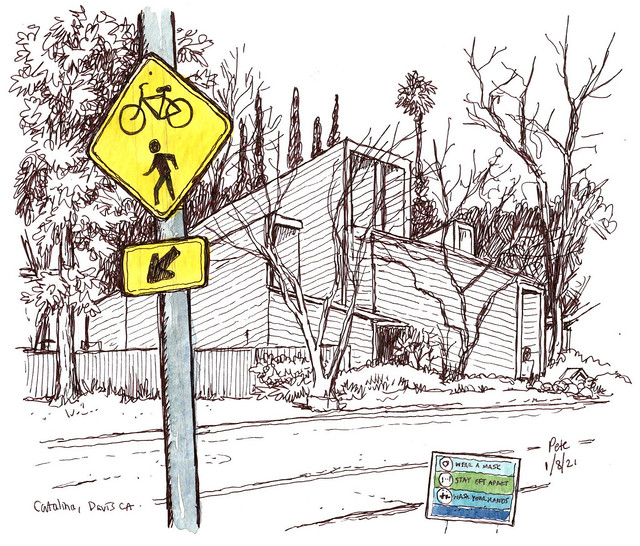 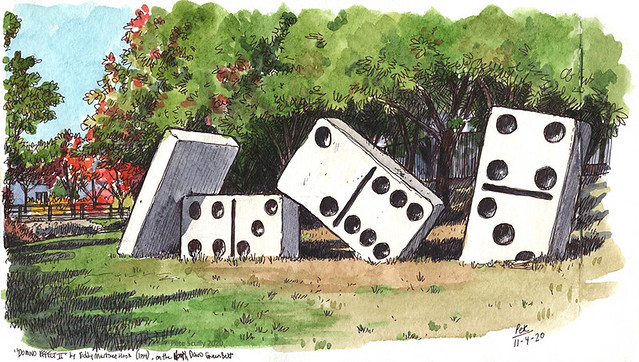