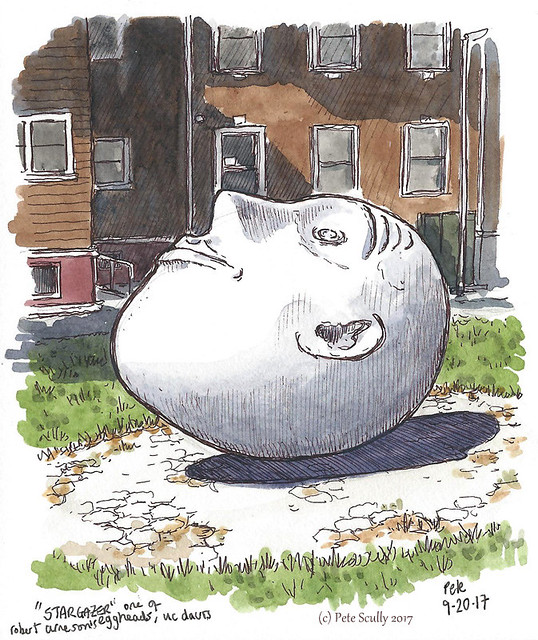 Another one of Robert Arneson’s “Eggheads”, this is “Stargazer”. It’s located behind North Hall, next to Dutton. I last sketched it over nine years ago (see below). Still gazin’ at the stars. 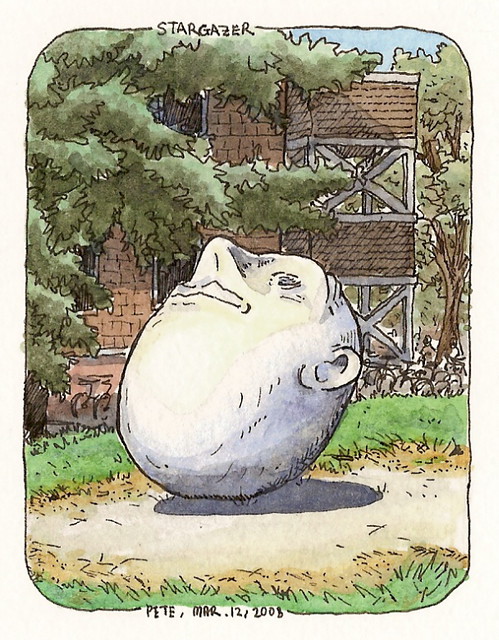 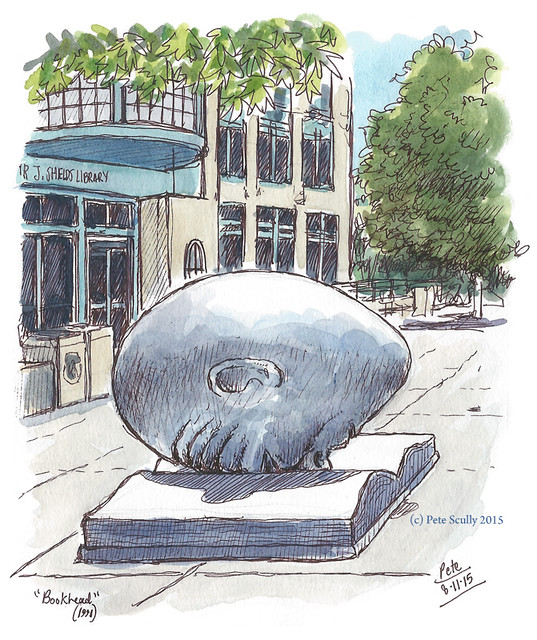 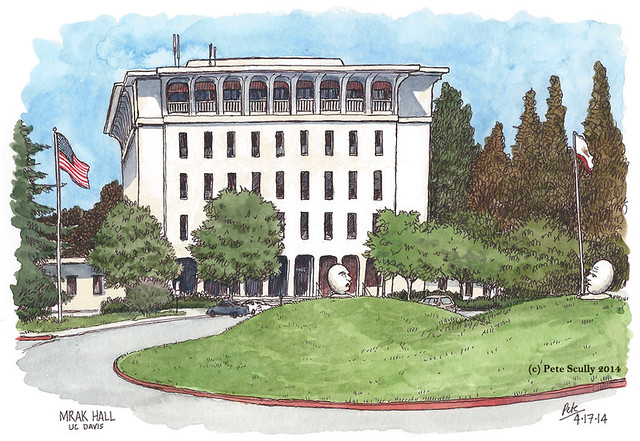 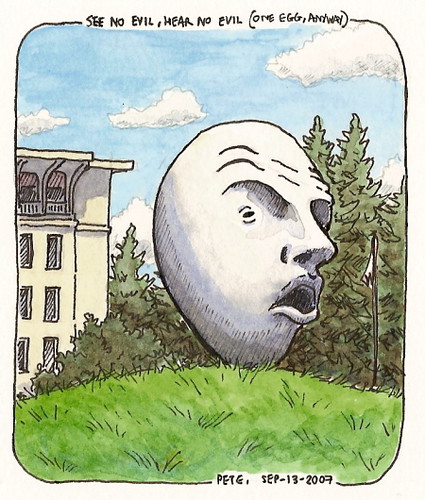 Another of Robert Arneson’s Eggheads series; it’s outside Turner Wright Hall, and is called ‘Yin and Yang’. God knows which is meant to be which though.  I’ve drawn it before in fact, a couple of years ago, from a different angle:

Also posted at Urban Sketchers. By the way, that super-blog extraordinaire is nearly a year old…

“Eye on Mrak“, one the Egghead sculptures made by the late Robert Arneson, former UC Davis art professor. This one is outside Mrak Hall, and has a large eye that looks up at proceedings within (perhaps it has eggs-ray vision, I don’t know). Oh come on, this is petescully.com, you must have known a silly egg-based pun would come along at some point. Anyway I sketched this dude at lunchtime today.

To learn more about the UC Davis Eggheads (if you absolutely have to), please see: eggheads.ucdavis.edu.